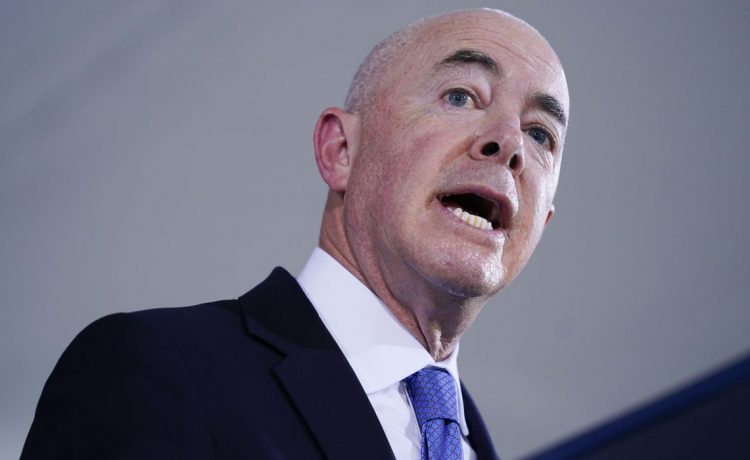 The Homeland Security Department announced late Monday that it will end the Trump-era “Remain in Mexico” policy and welcome ousted illegal immigrants back into the U.S. after a federal court dissolved the last remaining hurdle.

Judge Matthew J. Kacsmaryk lifted his permanent injunction after the Supreme Court ruled in late June that Homeland Security Secretary Alejandro Mayorkas did have power under the law to end the border security program, officially known as the Migrant Protection Protocols.

Under MPP, some illegal immigrants caught jumping the southern border were pushed back into Mexico to wait for their immigration court hearings.

The policy’s goal was to deny them the foothold that has served as an enticement for an unprecedented flow of illegal immigrants, and it proved strikingly successful for the Trump team.

But the Biden administration called the policy cruel, and has pushed from its early days to end the program, along with most of the rest of the Trump administration’s get-tough immigration policies.

The department said Monday it will immediately stop ousting people under MPP, and said the several thousands who’d been ousted under MPP in recent months will be and welcomed back when they show up for their next appointments — though they remain under threat of deportation.

“As Secretary Mayorkas has said, MPP has endemic flaws, imposes unjustifiable human costs, and pulls resources and personnel away from other priority efforts to secure our border,” the department said in a statement announcing the move.

Judge Kacsmaryk had ruled that Congress laid out a framework that calls for illegal immigrants to be detained or released under rare circumstances. In cases where neither of those was possible, he said the law required they be returned to Mexico.

He said Congress made return of the illegal immigrants to Mexico optional, and the Biden administration has more leeway to decide how to treat those jumping the border.

Since Judge Kacsmaryk’s original ruling last year, the Biden administration has put about 5,000 illegal immigrants into MPP, according to the latest numbers through June 30.