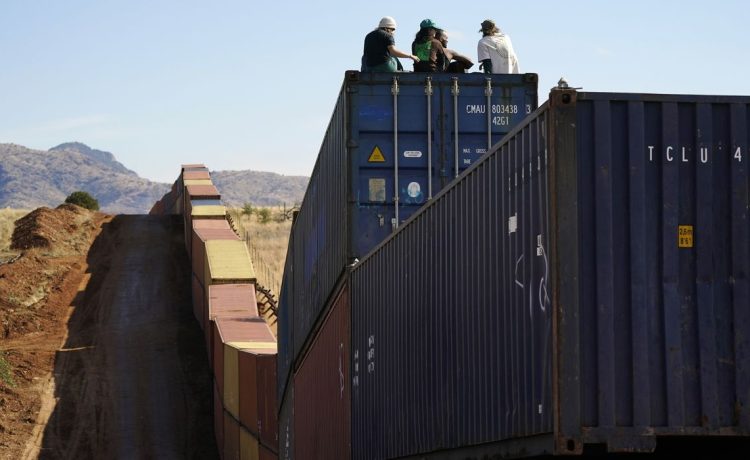 Homeland Security announced Tuesday it will close another set of “gaps” left in the border wall by President Biden’s decision last year to halt construction on the project.

It’s the latest iteration of wall-building for officials who have been forced to go back on Mr. Biden’s 2020 campaign vow not to build “one more foot” of the border wall as a rebuke to former President Donald Trump, who made wall-building a marquee project.

The department did not say how many feet of wall would be built under the new plan but insisted the project will move with some speed.

“As this is a top priority, DHS will move as expeditiously as possible, while still maintaining environmental stewardship including actions consistent with the National Environmental Policy Act (NEPA),” the department said.

The gaps have been glaring scars on the border, creating seams for illegal immigrants to stream through and contributing to the record levels of illegal border activity that have erupted on Mr. Biden’s watch.

Homeland Security Secretary Alejandro Mayorkas had signaled early in his tenure last year that gaps would have to be closed, but the department has been slow to get it done.

The Trump administration erected more than 450 miles of new fencing during its four years and had eyes on nearly 300 more miles of construction before Mr. Biden ordered a halt when he took office.

Under Mr. Biden’s halt, crews were allowed to tie down loose materials and fill in holes, but they were told not to finish any more construction. The result was gaps where Homeland Security had envisioned a full barrier.

Those on the ground at the gaps say they’ve become funnels for illegal activity, and they have pleaded for the administration to reverse course and restart construction.

But they also say there’s work the new administration could do that doesn’t involve actual fencing.

The Trump team, to meet Mr. Trump’s imposed goal of 450 miles, front-loaded construction of panels, at the expense of other parts of the wall, such as roads, lights and sensors to help agents get around the border and detect intrusions.

A Government Accountability Office audit last year found just 69 of the miles of wall built under Mr. Trump included all of the technology and roads.

Homeland Security says the Trump construction also left places where the local environment needs repairs. Those will be part of the new project, the department said Tuesday.