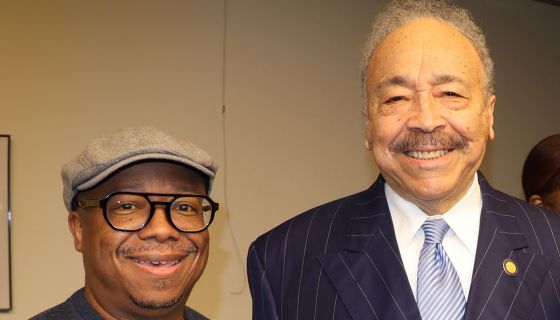 “Hampton University is one of the wonders of the world, and I wish there were a thousand more.” Those are the words of Andrew Young as seen in an HBCU-excellence celebrating documentary that highlights Hampton’s education for life. 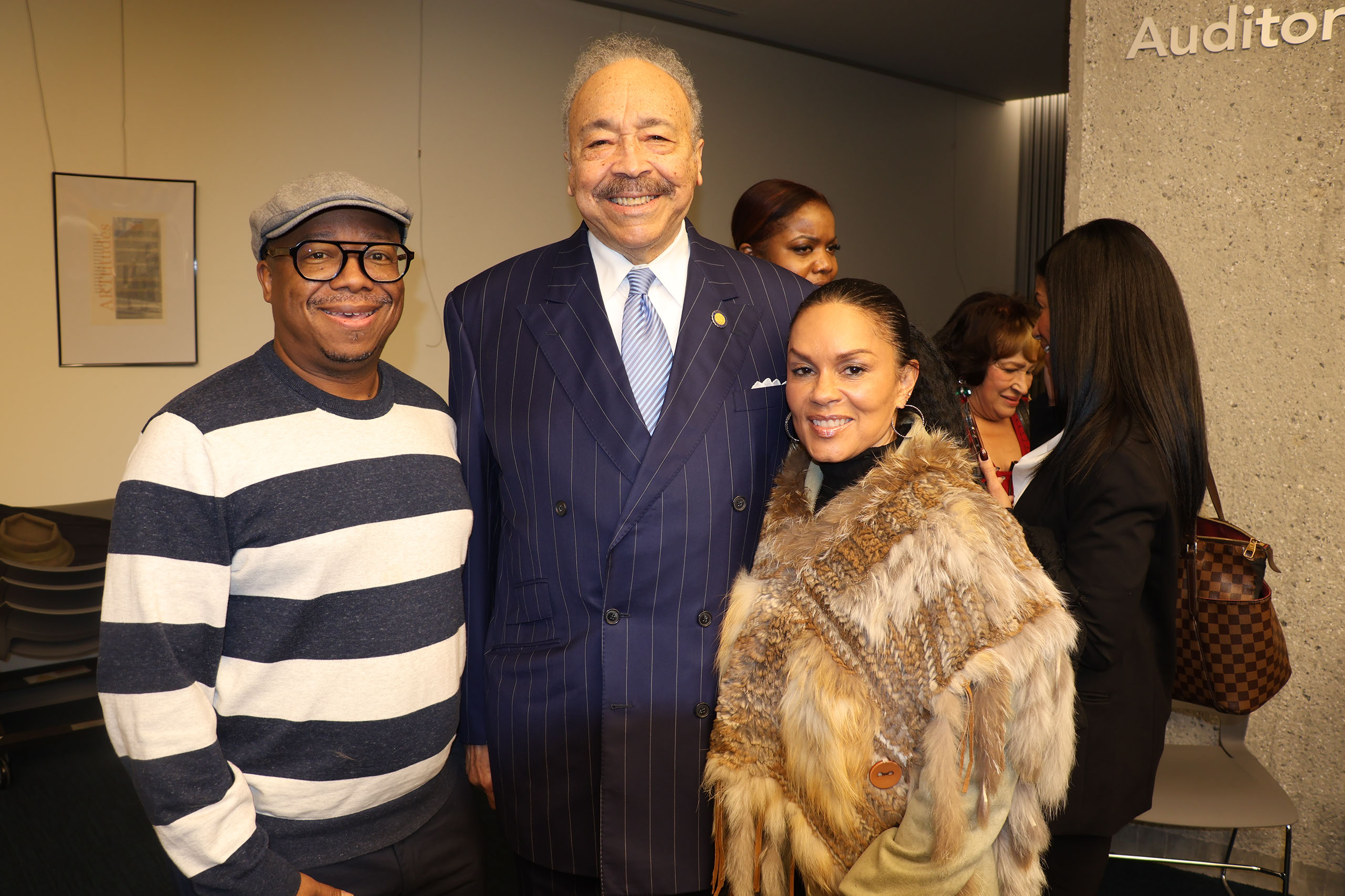 Created by Phill Branch, Hampton University: One Of The Wonders Of The World explores the storied history of the institution and the leadership of its distinguished past-President, Dr. William R. Harvey.

The 50-minute film explores the leader’s incredible 44-year legacy, the strides he made during his tenure, and the wonderous world of Hampton that includes the oldest African American museum in the United States, a cancer-battling Proton Therapy Institue, and an endowment that grew from $29 million to $400 million and counting.

Below, director Phill Branch tells BOSSIP about his creative process, Dr. Harvey’s reaction, and ways to watch the documentary for your viewing pleasure.

What inspired you to create this documentary Hampton University: One of the Wonders of the World?

I got a phone call from the university saying that they had this project that they had been looking for a director for about a year. And I came in and had a meeting with some administrators, and they talked about what they thought they might want to see. And I went back because I’m a storyteller and I said, “I think there’s a story to be told, not just sort of a list of accomplishments and things that got done, but just a story about the university, and about how Dr. Harvey had this vision.” I said I would do it if I could tell that story. And they trusted me with that and let me go and cook something up. And that’s what we came up with.

How long did it take to create this? This was a pretty extensive project.

It took about eight months for us to do this, and that’s fast. We were in a unique position where when I got brought onto the project, Dr. Harvey was about to have his last year at the university. So the idea was to have this project done as he was leaving, and you can’t really make a film that fast. So my promise was that we would have something by the end of the year. That would give me time to shoot and edit, and I told my team that I wanted it to be part of his farewell year in some capacity. So in order to do that, we had to rely on some resources, which is the fact that Hampton has this museum on campus that has all these archives right there which, as a researcher, made things easier to be able to go to the university and them to have a collection, or collections that are available right there at arm’s reach.

And then the library also had this Peabody collection, which is all these historical documents, which made it easier for me to be able to go anytime and get through some of the research parts, because otherwise I wouldn’t have been able to do it that quickly. If I had to go from library to library to DC to Harvard to see their collections. But because Hampton has maintained and held onto so much of its history, I was able to sift through items that were already on campus physically, or even some of the stuff had been digitally archived already. So that sped up that process.

What has been Dr. Harvey’s response to the documentary? I imagine he’s quite pleased after 44 years as President of the University.

Yes. So I’m going to tell you, I met Dr. Harvey when I was 17 years old. And for me then it’s like, here’s this guy who just looks like he’s really important. He’s in a suit. He’s the President of the University. He lives in this big campus house. But he used to spend his time on campus playing tennis with people like faculty and students. He would walk around and you would get to know him. And so I have known him as in the capacity as a student. And then as an alum, I raised funds for the university. So I used to see him as a fundraiser for the university at gatherings and things. So I’ve always had some connection. But when we got to making this film, I’m going to tell you that there was a concern from him, because he knew that he was going to be central to the story. He also didn’t have control, right? And that was probably really hard for him. I’m saying probably. That was difficult because you’re putting your life story, at least a part of it, in somebody else’s hands.

And I think he was a little bit nervous about what might happen. And I was nervous, because I wanted to tell the story in a way that respected Hampton and respected him and I got a phone call after he watched it for the first time. I wasn’t there but there was somebody in the room who I knew and they called me and said, “He is moved. He loves it.” And that just made me feel good about it. They were in the room with him and they said that he was really just kind of emotional and just really pleased with the film.

And what’s been great is that once all the business part died down and he had a chance to really look at it, what he told me was that he really appreciated the work that I did because it didn’t just put him as the only reason Hampton was something. Because he truly believes in the team element. And he loved that he saw so many people that he’s worked with, and that he’s hired, and students that he saw go from students to administration. He loves hearing all their voices. And he thought it was just a beautiful film that showed what Hampton was all about. So he’s very pleased about it. And his sister was in the audience, and she came up to me and was just completely moved. And his daughter as well, they were just moved by the film. They hadn’t seen it. So he’s very happy with seeing it. And I think he might have been a little nervous, but we got it done. 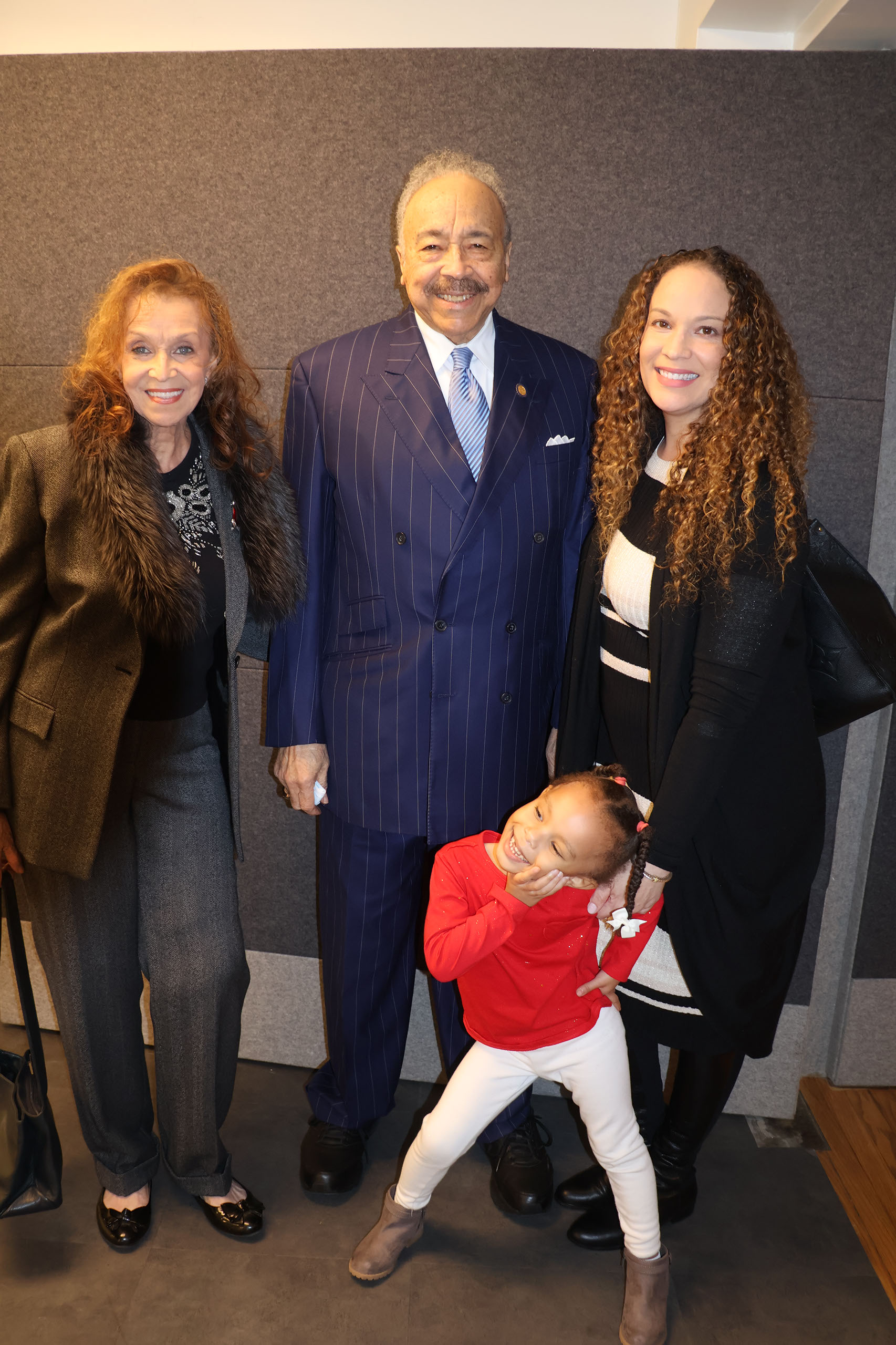 Let’s talk about some of the things that make Hampton one of the wonders of the world. What are some standout things that people are going to learn about the University from your doc?

I think one of the things why I think this film is so important, and why I think even Hampton as sort of an example, is that we’ve seen documentaries about, let’s say HBCU Life or certain black experiences. They seem to offer center cultural aspects, like the band, and the cheerleaders, and fraternities, which are all important aspects of that life. But they don’t go into the leadership and the academics, and what it takes to keep a university afloat. And I think we often hear about black colleges in the sense of, we talk about the finances, in terms of struggling. And we know that can’t be the case, because they wouldn’t all be here. They’ve got to be sustaining in some way. And I think the thing that I want people to see, and I think what I’m hearing back from people they’re hearing, they’re seeing this institution that is not public, that is private, who has figured out a way to thrive.

Even as a HBCU, to not just survive, but to thrive by taking risks like doing the Proton Beam Center, having the equestrian club. Hampton has a full-on equestrian program. For me to see young black kids hopping on these horses who then, in exchange for exchange of reading a book, I think is really powerful, because most of those kind of activities cost too much money for a lot of people to participate in. And Hampton has that kind of thing there. They have this Lego camp that they do, which is in connection with the architecture program. So there are so many things at Hampton that show a story of success. And I think we have to see more of that, right?

And not an isolated success. The kind of success that anybody can have, by doing the work. And I think it’s so important. I consciously made a choice not to have a lot of stepping and the band stuff, right? Because we know that stuff exists. And I think I got a little pushback around that in the pre-production phase. I wanted to tell a story of what it takes to run an institution to create legacy. And I think that’s what this does. And I think every HBCU has this, and has this story to tell. And I’m hoping that they will seed something like this and find a way to tell that story.

How can people watch your documentary?

So right now the film is doing the festival circuit, so I’m doing some private screenings like we did in Atlanta. Up next, we’re doing festivals and we got into one that’s in January. It’s a filmmakers’ festival in Denton, Texas. It’s called the Denton Black Film Festival. So we’re doing that in January. And this week we got into the Martha’s Vineyard African-American Film Festival, which is in August. But they also have a virtual festival which starts December 24th. It runs through December 31st. And they asked if I would participate in that, as well as the physical festival, which is in August. So it’s a bit of a risk that we start thinking, well, if it’s streaming, when people not come to the physical screens, will people download it? All this stuff.And I’m deciding not to have fear, to ride the wave and enjoy the opportunities as they come.

So starting December 24th, running through the 31st, we’re going to be participating in the Martha’s Vineyard African-American Film Festival Virtual Experience. It’s a virtual film festival and they’re going to run the Hampton film as part of that festival during that week and it’ll be a streaming opportunity for people to watch from wherever they are. It’s a partnership with Facebook that they have, where they run things exclusively. We [also] just got deal with Facebook, so I decided to participate in that. So right now it’s showing at festivals and private screenings. But we also have some interest from some streaming companies and we are just trying to figure out what it’s going to be. And that process is both happening fast and it’s happening really slow because that’s how it is. So I suspect that we’ll have some kind of home for it by the early part of the new year.

“Hampton University: One of the Wonders of the World” credits: