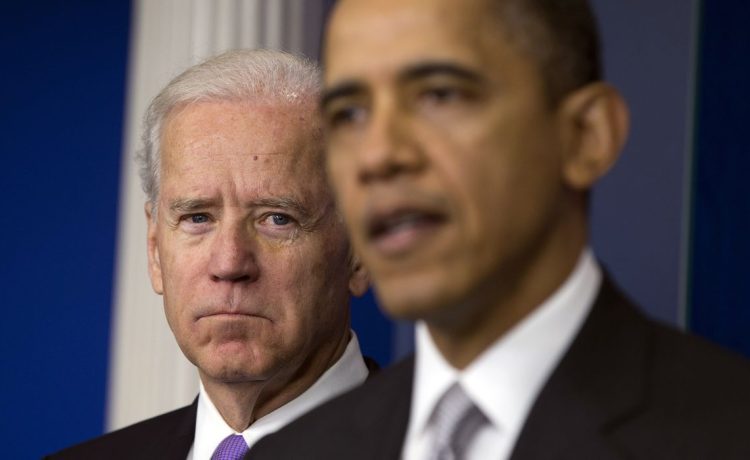 The discovery of Obama-era classified documents at President Biden’s former office in Washington has sparked a debate over whether vice presidents have the power to declassify sensitive materials.

The documents, found in packing boxes at the Penn Biden Center in Washington, where Mr. Biden held an office, date back to his time as vice president under President Barack Obama.

The scope of government officials’ classification powers has generated heightened interest since the FBI raided Mr. Trump’s Mar-a-Lago residence in August and seized classified documents. FBI agents carried out the search as part of a Justice Department probe into whether Mr. Trump illegally withheld the materials when they were shipped to Mar-a-Lago.

Mr. Trump has made the president’s power to declassify documents a central part of his defense. He insisted that presidents “can declassify just by saying ‘it’s declassified’ — even by thinking about it.”

Legal scholars have disputed that claim, insisting there is a formal process for declassifying documents.

The vice president’s declassification powers are even less clear.

Under the executive order, vice presidents are granted the power to declassify documents they classified themselves. But it’s unclear if the vice president would be viewed as “a supervisory official” with the ability to declassify sensitive documents from the CIA and other intelligence agencies.

That leaves it muddled whether a vice president can declassify documents.

Late Monday, Mr. Trump insisted that the power to declassify classified materials ends at the presidency.

Mr. Trump’s allies have heavily leaned into that argument. They made it clear they intend to emphasize that point while discussing the Biden revelations.

“By the way, the only person that has the constitutional ability to declassify any documents is the president of the United States, not the vice president,” Rep. Steve Scalise, Louisiana Republican, told reporters Tuesday.

— Joseph Clark contributed to this story.