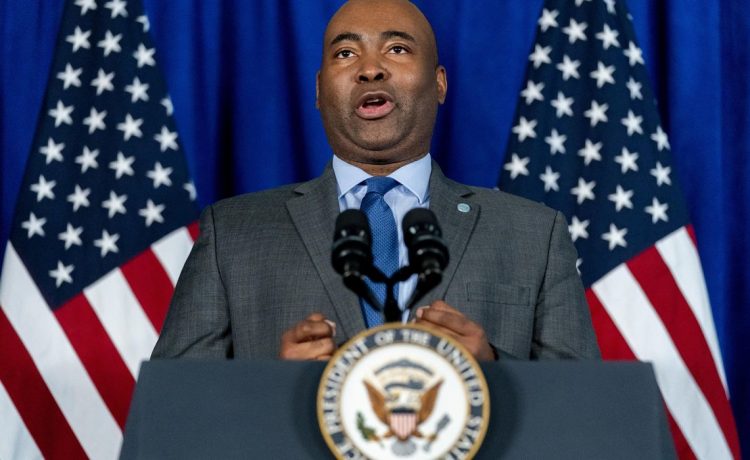 “The one thing that President Joe Biden has been is he’s always been consistent, and he has always been somebody who does what my grandfather used to do, which is say it plainly to the American people,” Mr. Harrison said on CBS’ “Face the Nation” Sunday morning. “What we see right now is a full-frontal attack by these extreme MAGA Republicans in this country.”

Mr. Biden made the remarks Thursday at a DNC fundraiser where he denounced Republicans and former President Donald Trump as “the ultra-MAGA party” that follows a political philosophy of “semi-fascism.”

Republicans described the comments as outrageous, have called on him to apologize, and said it was rhetoric that flew in the face of Mr. Biden’s campaign pledge to bring the country closer together rather than stoke more division.

The White House has doubled down on the comments.

“When you look at the definition of fascism and you think about what [Republicans] are doing in attacking our democracy, what they’re doing in taking away our freedoms, wanting to take away our rights, that is what that is,” White House press secretary Karine Jean-Pierre said Friday.

Mr. Harrison dodged the question of whether he embraced such extreme language and instead accused Republicans of “turning a blind eye” to an “extreme agenda.”

“It’s not about the embracing — it’s calling what it is what it is,” he said. “We are a country built on freedom. And when you chip away at that, when you see the bullying that takes place in places like Florida with [Gov. Ron DeSantis], when you see them chip away at privacy rights when they try to demonize… transgender kids and their families, the attacks on marriage equality that we’re hearing from the Supreme Court.”