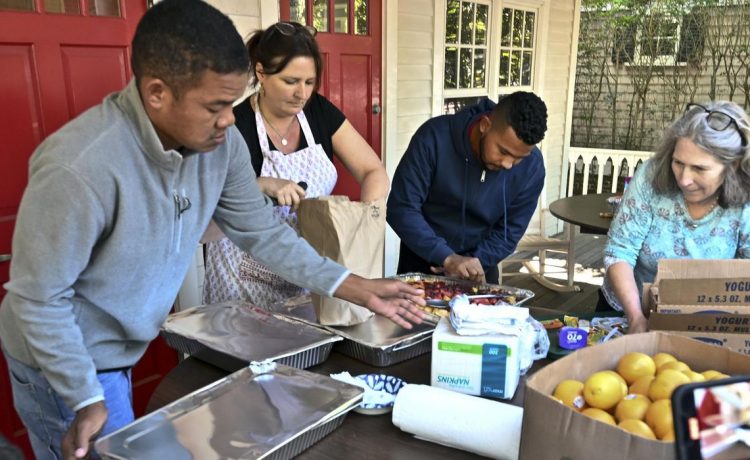 ST. PETERSBURG, Fla. (AP) — Florida officials began planning to transport migrants to other states in July and told potential contractors their task would be to relocate them on a voluntary basis, according to state documents.

The documents released Friday night to The Associated Press and other news organizations provide new details about the program that culminated in the Sept. 14 flight of 48 mostly Venezuelan migrants from San Antonio, Texas, to Martha’s Vineyard, an island off Massachusetts.

The flight has spawned an investigation by a Texas sheriff and two lawsuits amid criticism that the program was a political stunt by Florida Republican Gov. Ron DeSantis to appeal to his conservative base.

DeSantis is running for reelection this year and is frequently mentioned as a potential 2024 presidential candidate. His office did not immediately respond to an email Saturday seeking comment about the document release.

According to the documents, the program as outlined in July was intended to “assist in the voluntary relocation of Unauthorized Aliens who are found in Florida and have agreed to be relocated” elsewhere in the country. It made no mention of finding migrants in Texas.

One Florida-based bidder that was not chosen, Gun Girls Procurement Solutions Inc., quoted a price of $26,000 to transport a minimum of five people and a security staffer to Massachusetts. Another potential bidder that provided price options was a New York-based charter jet company called Wheels Up, the documents show.

Ultimately, state officials chose Vertol Systems Co., based in Destin, Florida, and has so far paid the firm $1.56 million for the Martha’s Vineyard flight and possibly for a second flight to Delaware, the home state of President Joe Biden, that didn’t happen. No other flights have been announced.

The records show that an Ohio-based charter company, Ultimate JetCharters, was subcontracted to fly the migrants from Texas to a brief stop in Crestview, Florida, and then on to Martha’s Vineyard.

In Massachusetts, meanwhile, officials said Friday that all of the Venezuelan migrants, who are seeking asylum in the U.S., have left a temporary shelter at a military base on Cape Cod.

In an email statement, Gov. Charlie Baker’s administration said it is “grateful for the collaborative efforts between several state agencies and non-profit providers to ensure each individual received necessary humanitarian resources and access to new housing options.”

Some of the migrants have sued DeSantis and other Florida officials in Boston federal court, claiming they were the victims of a “fraudulent and discriminatory scheme” to relocate them.

Florida Sen. Jason Pizzo, a Democrat, has also filed a lawsuit in state court in Tallahassee contending that the Massachusetts flight is a violation of state law partly because the migrants were not in Florida at the time. The Legislature authorized $12 million for the relocation program that specifically cites migrants within Florida borders.