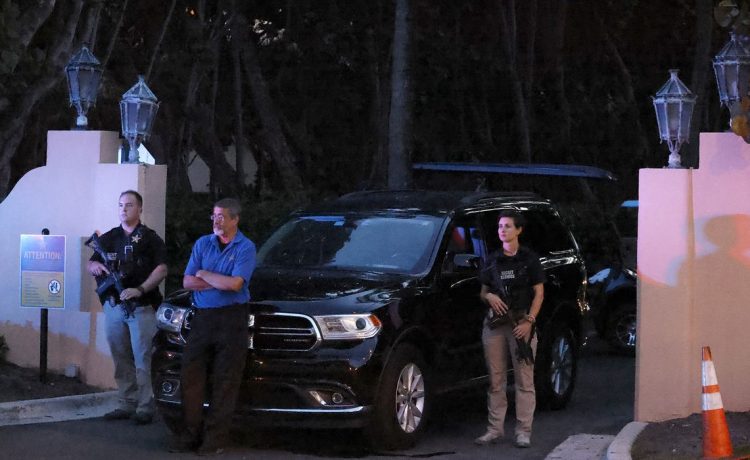 The Justice Department said Monday that some of the materials seized in the FBI raid of former President Donald Trump’s residence may be protected under attorney-client privilege.

In the three-page court filing, Justice Department attorneys said an FBI review of the seized documents and other materials found a “limited set” that could be off-limits to investigators.

The discovery was made by an FBI “filter team” that reviews seized materials for privileged or classified information. The team recently completed its review of the documents it seized from Mr. Trump’s residence and office at his private Mar-a-Lago club in Palm Beach, Florida.

The federal prosecutors also wrote that they will provide more information this week about what the FBI filter team concluded. They said agents are “in the process of following the procedures” of the search warrant to handle any privilege dispute.

The filing added that FBI agents are still reviewing the material for potentially classified information.

Monday’s revelation was a boost to Mr. Trump’s lawsuit against the Justice Department. His lawyers have asked a South Florida federal judge to appoint a special master to decide if any of the materials taken from Mr. Trump’s residence are protected by attorney-client privilege and should be returned to him.

A heavily redacted affidavit used by the FBI to obtain a search warrant for Mar-a-Lago said agents were looking for evidence of federal crimes related to the violation of the Espionage Act, which outlaws the destruction or mishandling of classified government documents.

The roughly nine-hour search was conducted as part of the FBI’s criminal probe into whether Mr. Trump improperly sent documents to his residence rather than the National Archives and Records Administration. Under federal law, presidents must transfer classified and other classified materials to the National Archives at the end of their administration.