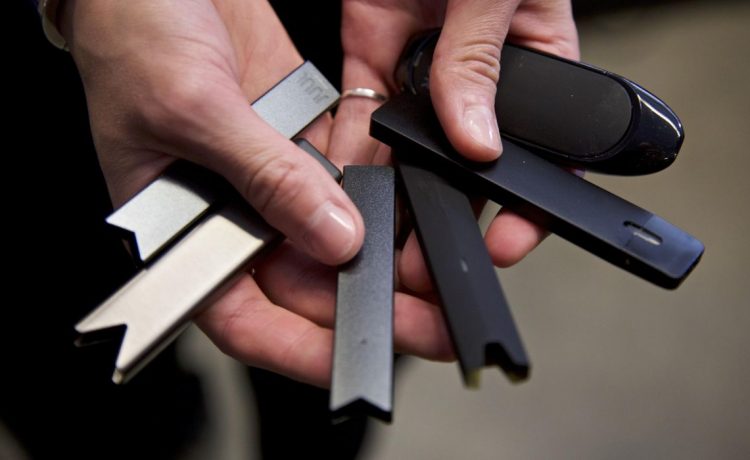 The Justice Department filed injunctions against six companies on behalf of the Food and Drug Administration to stop the sale of unauthorized vaping products.

The complaints were filed Tuesday in the U.S. district courts corresponding to where each defendant is located.

The filed complaints allege that “the defendants caused tobacco products to become adulterated and misbranded while held for sale after shipment of one or more of their components in interstate commerce,” the DOJ wrote.

The six defendants failed to submit premarket authorization applications to the FDA, and have “continued to illegally manufacture, sell, and distribute their products, despite previous warning from the FDA that they were in violation of the law,” the FDA said.

Each defendant received warning letters from the FDA, and multiple defendants also had teleconferences with officials to review their violations of the federal Food, Drug and Cosmetic Act.

The injunctions seek to stop these companies and related individuals from manufacturing, selling, or distributing these misbranded tobacco products.

The defendant companies and individuals listed by the DOJ are:

• Vapor Craft LLC, based in Columbus, Georgia, and its owner Melissa D. Anderson.

• Super Vape’z LLC, based in Lakewood, Washington, and its co-owners Marco Hoffman and Heydee Hoffman, and general manager Judith A. Cramer.

“The FDA is committed to acting swiftly when we are made aware of these violations. We will not stand by as manufacturers repeatedly break the law, especially after being afforded multiple opportunities to comply,” FDA Center for Tobacco Products Director Brian King said.

Anti-smoking advocates were pleased with the government’s action.

“This is what the FDA needed to do from the beginning, and we’re very pleased to see this. … We are very hopeful that this indicates that FDA and DOJ will take more of these steps against other recalcitrant manufacturers,” Erika Sward, assistant vice president for national advocacy for the American Lung Association, told CNN.

America’s vape industry, on the other hand, was less pleased with the filed complaints.

“Rather than helping foster a functional, common-sense market for nicotine vaping as the American public deserves, Brian King is posturing as a wannabe G-man. … The ongoing result is countless people being driven back to smoking,” Amanda Wheeler, president of the American Vapor Manufacturers Association, said in a statement on Twitter.