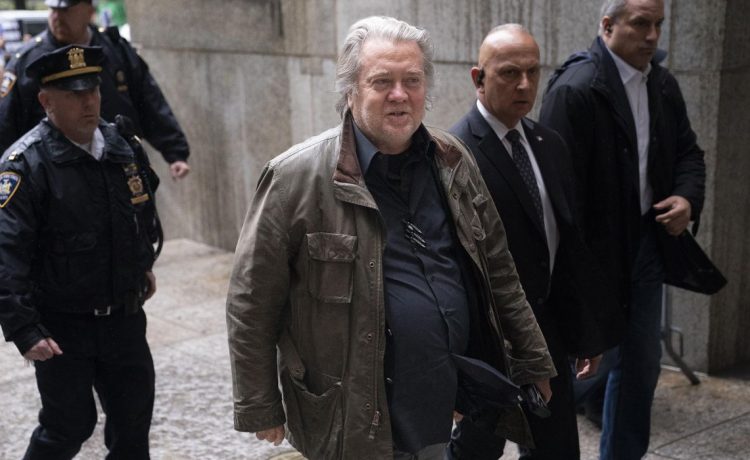 The Justice Department is recommending a six-month prison term and $200,000 fine for former Trump White House adviser Steve Bannon on his conviction of contempt of Congress, a penalty at the high end of sentencing guidelines.

The memo filed in court by federal prosecutors argues that Mr. Bannon “pursued a bad-faith strategy of defiance and contempt” after receiving a subpoena from the House committee investigating the riot at the U.S. Capitol on Jan. 6, 2021.

“Through his public platforms, the defendant has used hyperbolic and sometimes violent rhetoric to disparage the Committee’s investigation, personally attack the Committee’s members, and ridicule the criminal justice system,” the Justice Department said.

Mr. Bannon is scheduled to be sentenced on Friday. A federal grand jury convicted him in July on two counts of contempt of Congress for defying the committee’s subpoena.

Prosecutors said that in his pre-sentence interview, Mr. Bannon “refused to disclose his financial records, instead insisting that he is willing and able to pay any fine imposed, including the maximum fine on each count of conviction.”

“The mandatory minimum sentence of one month in prison is insufficient to account for, punish and deter his criminal offenses,” the Justice Department said. “The court should instead impose a sentence of six months’ imprisonment — the top end of the guidelines’ advisory sentencing range — and fine the defendant $200,000 — based on his demand to pay the maximum fine in lieu of participating in the standard pre-sentencing financial investigation conducted by the Probation Office.”