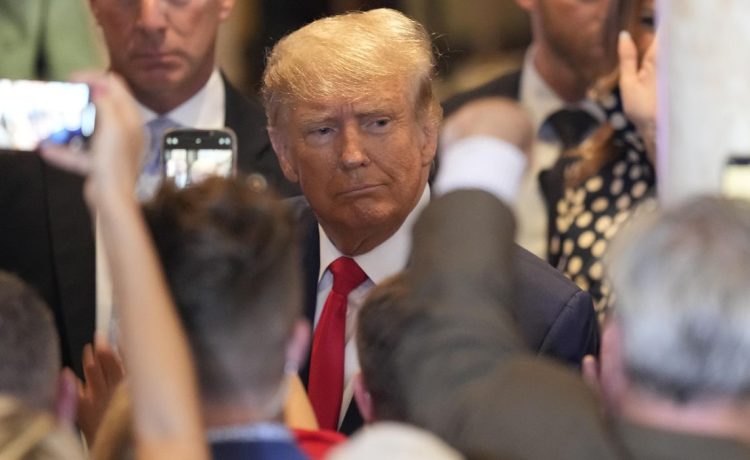 The Justice Department told the court that Former President Trump has dropped his claims that documents seized from his Mar-a-Lago residence are protected by an executive or attorney-client privilege, so now a special master is no longer required to review the documents.

Justice Departments said the fight over whether documents are protected has been reduced to only a portion of a one-page document.

They made the proffer in a 40-page filing late Thursday in the 11th Circuit Court of Appeals.

Attorneys for the government said a court filing earlier this month by Mr. Trump’s lawyers barely mentions privilege claims, which were once the cornerstone of his defense. That means he’s given up the argument, the government said.

“Plaintiff has largely abandoned any claim that the seized records should be withheld from the government based on executive privilege. His brief offers scarcely a word on the topic,” lawyers for the Justice Department wrote.

“And now having reviewed every seized record except those bearing classifications markings, Plaintiff has only a single attorney-client privilege dispute with the government, involving a portion of a one-page document,” they said.

A spokesperson for Mr. Trump’s legal team did not respond to a request for comment.

The FBI seized more than 11,000 documents from Mr. Trump’s Mar-a-Lago residence in Palm Beach, Florida, during a more than eight-hour search in August. Some of the documents were marked ‘top secret” and “classified,” two of the U.S. government’s highest security designations.

Mr. Trump’s legal team argued that the materials are protected under attorney-client and executive privilege, which would keep them out of investigators weighing possible criminal charges.

Investigators are looking into whether or not Mr. Trump violated the Espionage Act for potentially mishandling classified documents, according to a search warrant unsealed earlier this year.

Mr. Trump challenged the government’s use of those documents and demanded a federal judge bring in an outside arbitrator to decide if the seized materials are protected under privilege claims. The judge granted Mr. Trump’s request and appointed U.S. District Senior Judge Raymond Dearie to review the materials and decide if some should be off limits to federal investigators.

Government lawyers also contend that the appointment of Judge Dearie has slowed down their investigation and blocked them from pursuing leads while they wait for the special master to make his decision.

In its latest brief, the Justice Department lawyers say that since Mr. Trump abandoned the privilege claims, there is no need for Judge Dearie’s work to continue. They say the dispute over a portion of a single page can be resolved through traditional legal channels.

“There is no reason for the injunction and the special master review to continue,” the government lawyers wrote. “And plaintiff’s single dispute with the government regarding attorney-client privilege can be resolved through the process directed by the magistrate judge.”

The 11th Circuit is scheduled to hear arguments on the matter on Nov. 22.