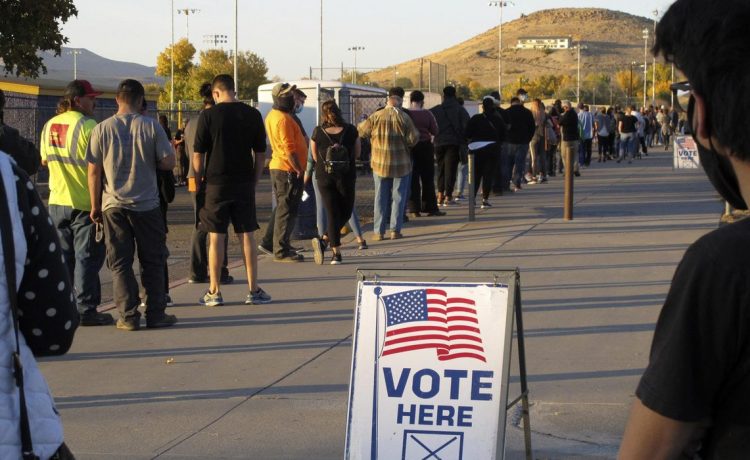 Department of Justice civil rights attorneys will monitor Tuesday dozens of voting jurisdictions in 24 states to ensure compliance with federal voting rights laws amid accusations that right-wing organizations have engaged in voter intimidation.

It’s been a common Election Day practice since the Voting Rights Act of 1965, but the move this cycle comes amid allegations by Democrats and federal authorities that Republican-aligned groups have engaged in voter intimidation by watching ballot drop boxes or polling locations. In some cases, there were men with bulletproof vests, firearms and/or video equipment.

The federal monitors will be sent to several prominent areas, including Arizona’s Maricopa County, where armed individuals have watched voters and election officials have received threats.

Critics of the tactic have laid blame on former President Donald Trump and GOP candidates, who continue to claim the 2020 election was rigged and have suggested it could occur again this year.

Some who have been endorsed by Mr. Trump, such as Arizona gubernatorial candidate Kari Lake, have said they will only accept the results if they defeat their Democratic opponents.

DOJ attorneys who will be monitoring Cole County, Missouri, are expected to face resistance by local election workers. Missouri Secretary of State Jay Ashcroft, a Republican, said the county’s GOP clerk in charge of elections “has rightfully declined to allow this overreach.”