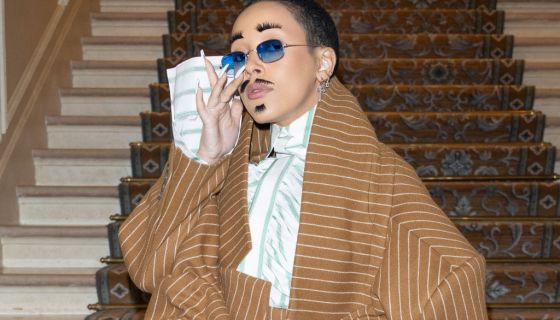 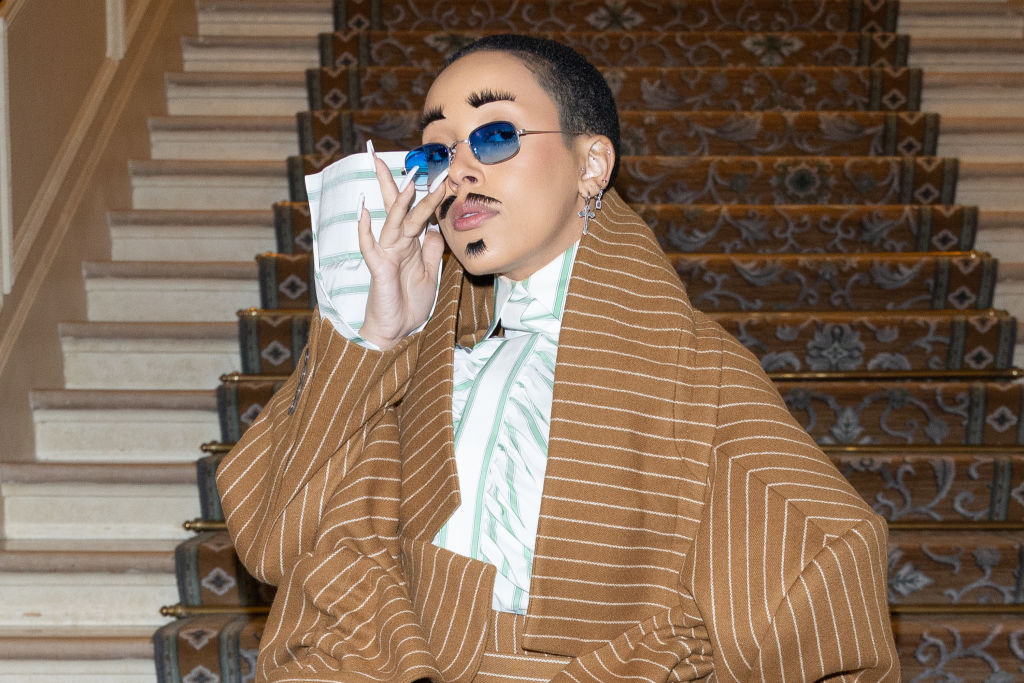 Mustache-A-CatDoja Cat is continuing to conquer fashion week in looks only she’d be bold enough to pull off. 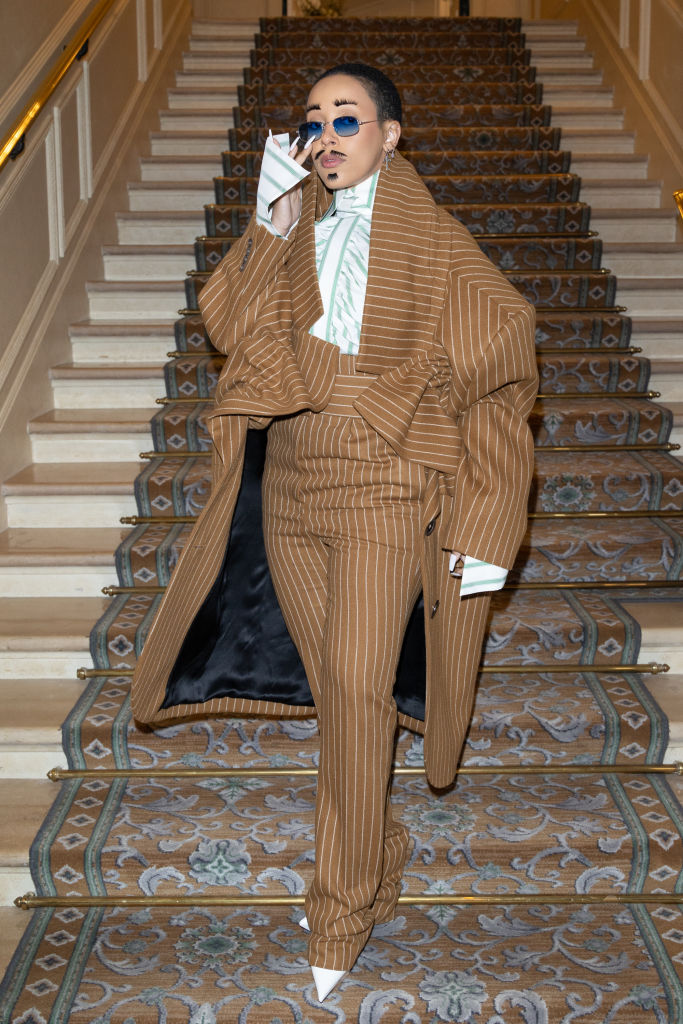 Moreover she also apparently kookily concocted a look using faux eyelashes that she made into eyebrows, a mustache, and a goatee. 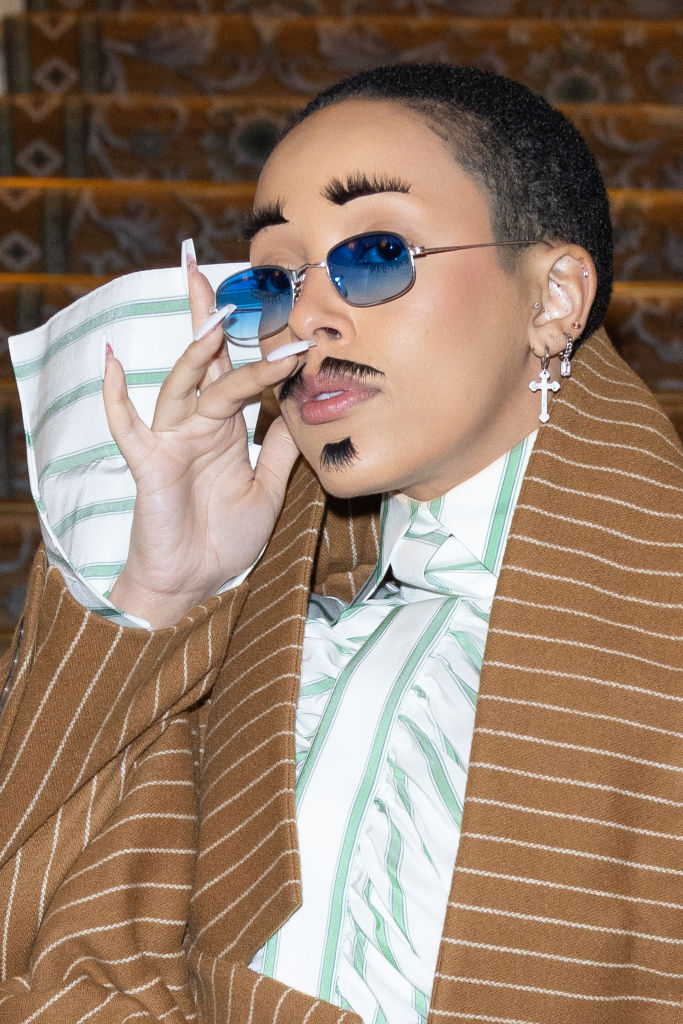 She first teased the look on her IG story by snarkily shading fans who’ve been blasting her lack of eyelashes at the Schiaparelli show where she donned 30,000 Swavoroski crystals and red paint. 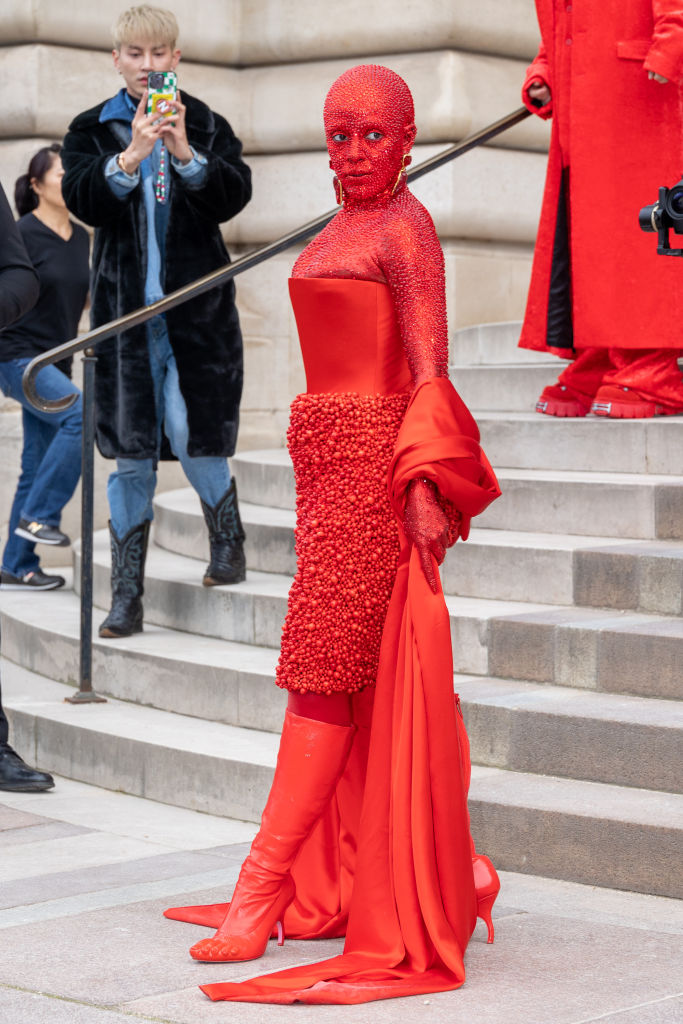 Doja then made her lash look debut and posted it up close and personal on her feed.

This is high camp. 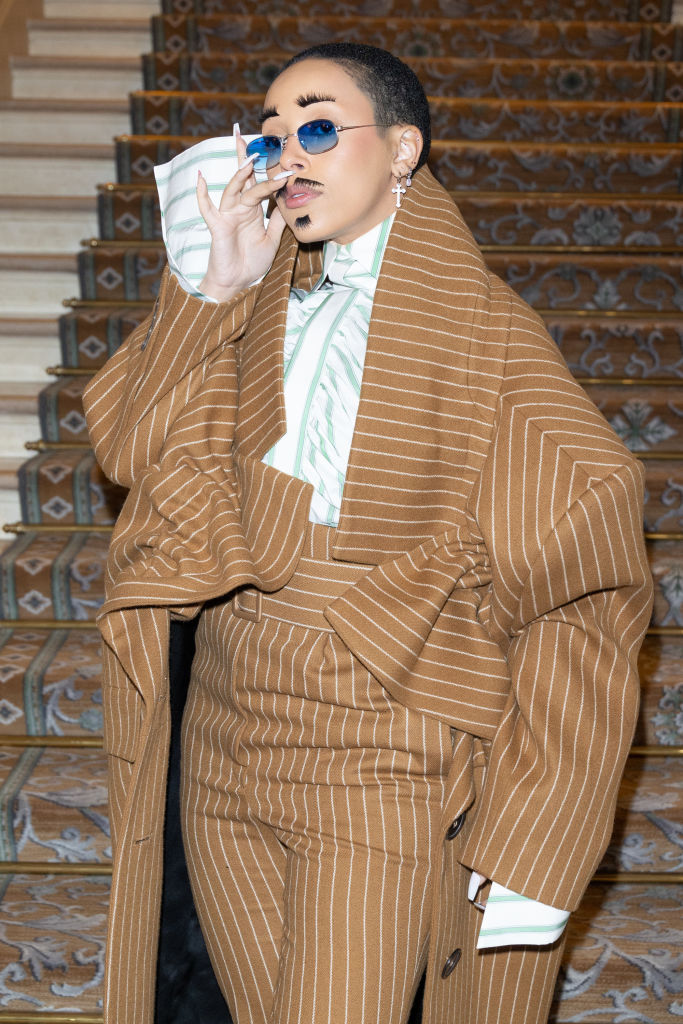 While at the fashion show, Doja also chatted with Nylon and sarcastically said that she just wanted it to make people “happy” with the look.

“People were saying that I didn’t have lashes, and that they were disappointed that I didn’t have on lashes,” she said. “Yet I worked with one of the greatest makeup artists of all time, Pat McGrath, and so today I gave them lashes. So I hope they’re happy. I just want to make people happy so.”

At this point, we might as well call her Troll-a-cat–but we digress.

After making detractors “happy” at Viktor & Rolf” Doja changed into something more traditional and wore blunt cut bangs and an all-black look to the Valentino show. 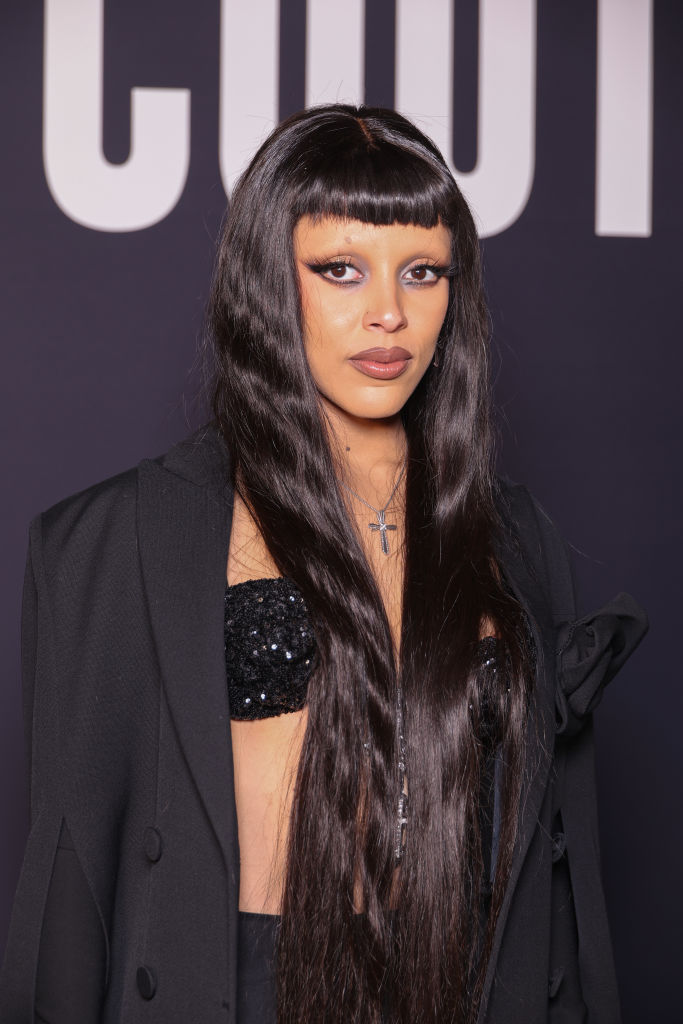 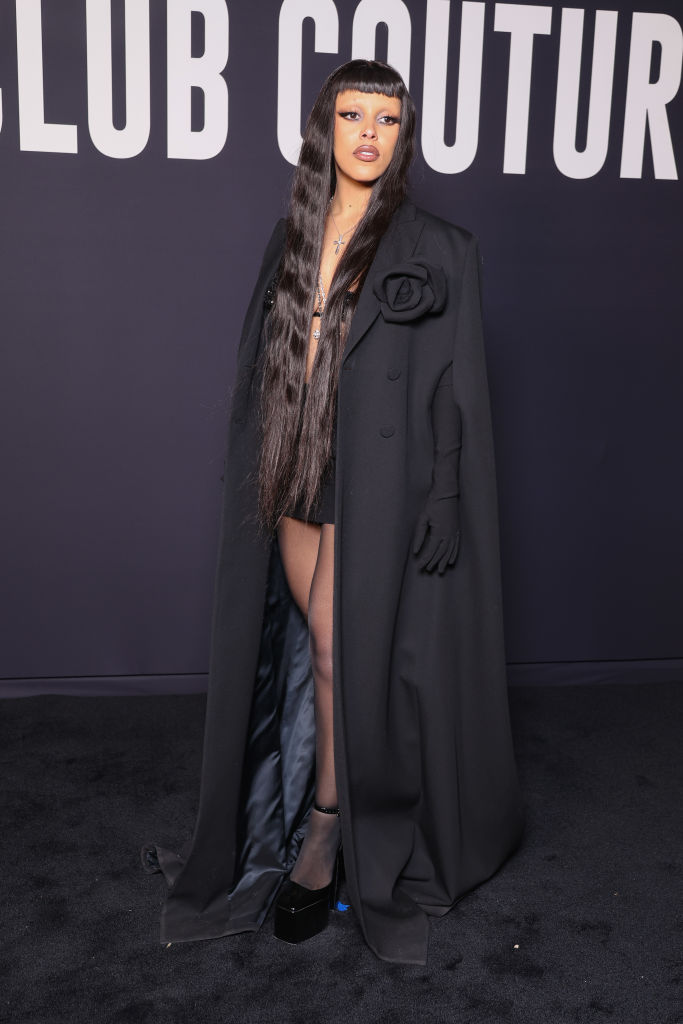 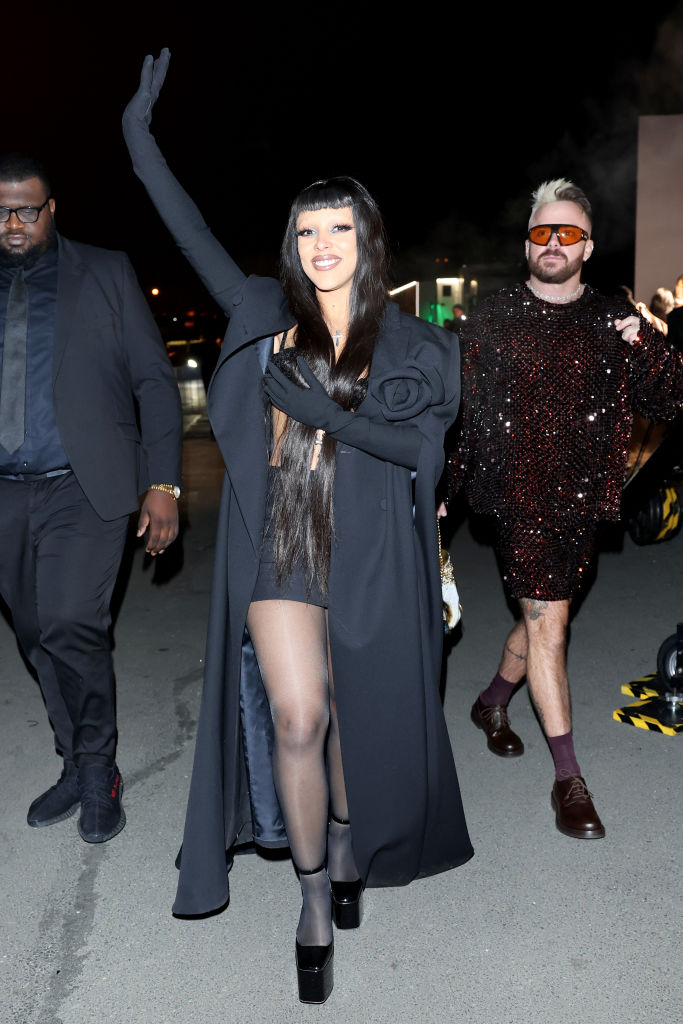 What do YOU think about Doja’s latest Paris Fashion week looks?