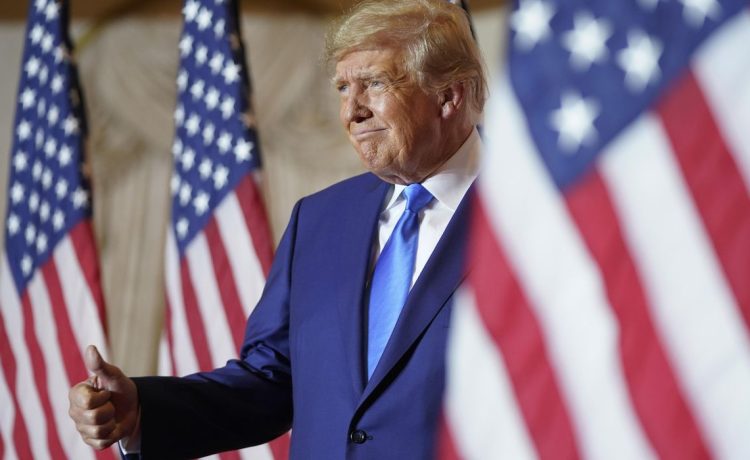 PALM BEACH, Fla. — Former President Donald Trump lived up to expectations and announced Tuesday that he is making another run for the White House.

The announcement puts him on a primary collision course with some of the party’s fresh faces and, if he moves on, with a  general electorate that has turned away from his brand of politics.

In classic Trump fashion, the 76-year-old broke the mold again, making himself the first major party contender in modern history to jump into a presidential race so early.

Mr. Trump has shown he should not be underestimated.

Over the last seven years, he has gone from being written off as an off-the-wall, yet entertaining, sideshow to being the dominant force in the GOP and beloved among the party’s working-class supporters.

Mr. Trump has flirted with another bid since he lost the 2020 election. and the announcement was supposed to be the cherry on top of an election year in which Trump-backed candidates flexed their muscles. That would have hardened his grip on the party.

Instead, several on the Trump slate underperformed, helping Democrats successfully defend their Senate majority. It sparked a barrage of questions about whether the party must move on from Mr. Trump if it hopes to reach independent and moderate-minded voters that the last two elections suggest are sick of the Trump-inspired chaos and his stolen election claims.

The announcement, in other words, came at Mr. Trump’s most vulnerable moment.

It also came as Florida Gov. Ron DeSantis’s stock was on the rise after he scored a massive re-election win last week, helped Republicans make gains at the state level and help pave the way for congressional wins that could end up bailing out the House GOP.

A YouGov nationwide poll of 1,500 adults released after the election found Mr. DeSantis with a slight edge over Mr. Trump, including among Republicans. The same poll a month earlier showed Mr. Trump as the frontrunner.