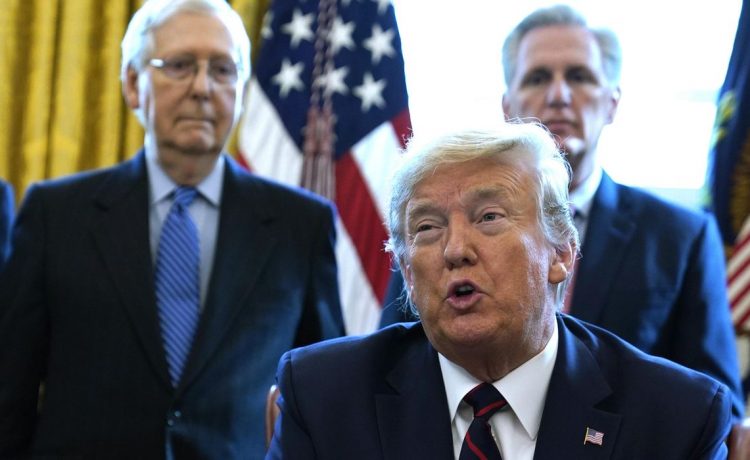 Former President Donald Trump calls Senate Minority Leader Mitch McConnell a “piece of s—-” in a forthcoming book by New York Times reporter Maggie Haberman, an excerpt of which was published Sunday by The Atlantic magazine.

The former president’s vulgar dismissal of the Kentucky Republican who is arguably the second-most powerful figure in the GOP, underscores the tensions between the two.

The relationship, always fraught, deteriorated following the attack on the U.S. Capitol and Mr. Trump’s repeated attempts to overturn the election.

“The Old Crow’s a piece of s—-,” Mr. Trump told Ms. Haberman during an interview at his South Florida Mar-a-Lago estate, invoking his nickname for Mr. McConnell.

Mr. McConnell’s office did not respond to a request for comment.

Earlier this month, Mr. Trump slammed the Republican leader as an “absolute loser” and accused him of caving on Democratic policies.

According to the excerpt, Ms. Haberman also writes in her new book, titled “Confidence Man: The Making of Donald Trump and the Breaking of America,” that the former president emphasized the importance of strength. He praised Chinese President Xi Jinping, who removed term limits and is preparing to run for a third term, and Meade Esposito, a former longtime leader of Democratic politics in Brooklyn.

“Well, I figured that the Mitch McConnells would be like him, in the sense of strength,” Mr. Trump said.

Ms. Haberman’s book is slated to be released Oct. 4.