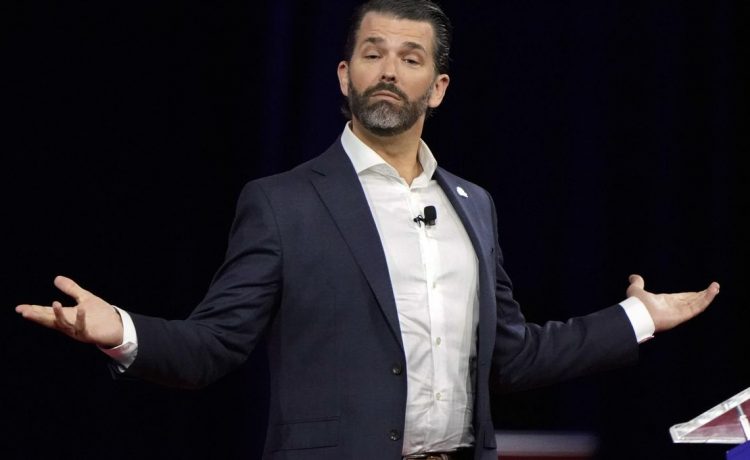 Donald Trump Jr. says it would “probably be good” if former President Donald Trump had stored nuclear codes at his Mar-a-Lago estate in Palm Beach, Florida.

In a campaign event Monday for Rep. Matt Gaetz, Florida Republican, the former president’s eldest son seemed to mock speculation about the classified documents recovered during the FBI raid on the property earlier this month

“Donald Trump has the nuclear codes in the linen closet at Mar-a-Lago!” he exclaimed.

He then suggested that it may not be such a bad thing if the former president did store the nation’s nuclear secrets at his Florida estate.

“By the way, for the record, I say that if Donald Trump actually still had the nuclear codes it would probably be good,” he said. “Our enemies — our enemies — might actually be like, ‘OK, maybe, let’s not mess with them.’ I’m like, when they look at Joe Biden, then they say, ‘We should attack now.’”

FBI agents seized 11 sets of classified documents among roughly 28 boxes removed from the estate during their highly publicized search earlier this month, though the specific information contained in the documents is not publicly known.

Trump insiders insist that Mr. Trump declassified the documents under his authority as president.

Several news outlets have reported, citing unnamed sources, that the FBI was in search of classified, nuclear-related documents believed to be in Mr. Trump’s possession.

Allies of the former president have cautioned against drawing conclusions from the reporting, citing the media frenzy surrounding Mr. Trump’s alleged collusion with Russia.