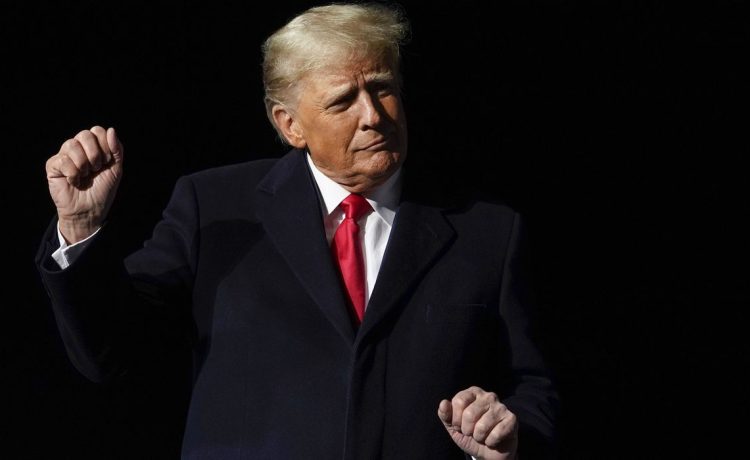 Former President Donald Trump is raising doubts over Pennsylvania’s midterm results, reigniting the same sort of stolen-election claims that followed his defeat in the state in the 2020 presidential election.

Mr. Trump launched into the tirade on Thursday as his grip on the GOP continued to loosen over his mixed results for candidates he backed in Tuesday’s pivotal midterms. They included Senate candidate Mehmet Oz, who lost to Democrat John Fetterman in the race for an open seat in Pennsylvania.

“How does Oz (smart guy!) lose to a guy who can’t string together two sentences?” the former president said in a statement. “Pennsylvania is a very corrupt State with voting, but nobody ever wants to check that.”

Mr. Trump said, “It happened to me in 2020, I lost one million votes with possibly one of the biggest drops in History, happening in the middle of the night.”

Pennsylvania acting Secretary of State Leigh M. Chapman’s office did not immediately respond to a request for comment regarding Mr. Trump’s claims of fraud.

In a statement Tuesday Ms. Chapman, a Democrat, noted “a handful of typical Election Day incidents” throughout the state, including a paper ballot shortage that impacted 44 polling sites that prompted extended in-person voting hours.

She said all issues “were handled quickly and professionally.”

Mr. Oz conceded the race in a call to Mr. Fetterman on Wednesday and has not claimed that any fraud occurred.

“I wish him and his family all the best, both personally and as our next United States Senator,” Mr. Oz said of his opponent. “We are facing big problems as a country and we need everyone to put down their partisan swords and focus on getting the job done.”

Mr. Trump’s claims surrounding the 2020 presidential election have been a lightning rod within the GOP and have been used as a cudgel by Democrats to cast Republicans as extremists.

Last week, President Biden made his closing pitch to voters by warning that “dark forces” within the Republican Party were trying to subvert democracy.

He also said the threat of a Jan. 6, 2021-style insurrection was smoldering within the GOP and stoked by candidates allied with Mr. Trump.

There is no evidence of widespread fraud in either the 2020 presidential election or the 2022 midterms.

Still, Mr. Trump used candidates’ views on the 2020 election as a key litmus test for his endorsement going into the midterms.

On Tuesday, Mr. Trump chided Don Bolduc for walking back his claim that the 2020 election was stolen, saying he would have secured the New Hampshire Senate seat for Republicans if he would have stuck to his guns.

He later dropped the claim after incumbent Democrat Sen. Maggie Hassan painted him as too extreme.

Mr. Trump said the defeat should serve as a lesson for other Republicans.

“Don Bolduc was a very nice guy, but he lost [Tuesday] when he disavowed, after his big primary win, his long-standing stance on Election Fraud in the 2020 Presidential Primary,” Mr. Trump wrote on his social media platform Truth Social.