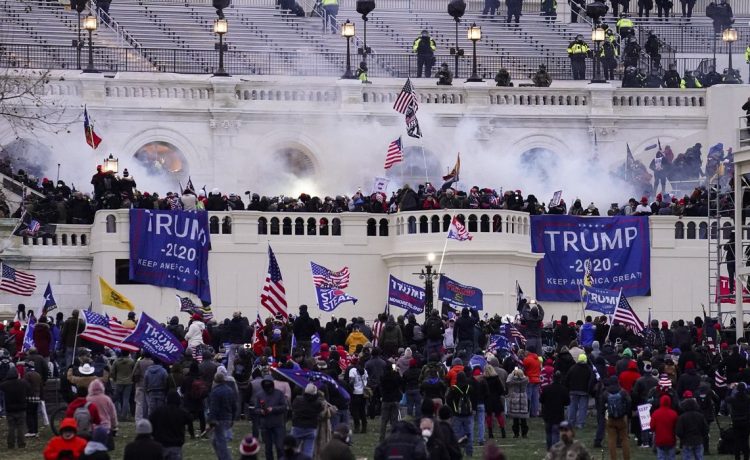 The House Jan. 6 committee’s eleventh-hour subpoena of former President Donald Trump has set up a game of legal chicken that neither side really wants to play, according to a former assistant U.S. attorney.

Despite the committee’s bluster, experienced trial attorney and white-collar law expert Kevin O’Brien says Mr. Trump has every opportunity to run out the clock before the committee is disbanded when the new Congress convenes in January — and letting him do so may be in the panel’s best interest.

“I’m not at all certain they actually want his testimony,” Mr. O’Brien told The Washington Times. “All they want to be able to say is: ‘look, we gave him a chance. We served a subpoena and he ran out the clock. It’s not our fault.’”

“This might be a case where there’s a genuine meeting of the minds,” he said. “Neither side wants this to happen.”

After voting unanimously to subpoena Mr. Trump at its final hearing earlier this month, the Democrat-led panel issued a formal demand that the former president turn over a list of corresponding documents and testify under oath before the panel by Nov. 14.

“We recognize that a subpoena to a former President is a significant and historic action,” Committee Chairman Bennie G. Thompson, Mississippi Democrat, and Vice Chair Liz Cheney, Wyoming Republican, wrote in a letter Friday that accompanied the subpoena. “We do not take this action lightly.”

Mr. Thompson and Ms. Cheney said they have “overwhelming evidence” of Mr. Trump‘s “multi-part” effort to overturn the 2020 election obtained through the former president’s former appointees and staff.

Mr. Trump, who has accused the committee of undertaking a partisan “witch hunt” and squandering taxpayer dollars in a quest to smear him and Republicans, has yet to respond to the committee’s subpoena despite issuing a 14-page memo chastising the panel.

But Mr. O’Brien said the former president maintains significant leverage given the likelihood that the panel sunsets if Republicans, as expected, win the House.

“He could make motions,” Mr. O’Brien said. “He could adjourn meetings. He could run out the clock. But on the other hand, he could very well decide that under the circumstances he wants to get his voice heard.”

Mr. Trump certainly has a list of grievances at the ready and, depending on the circumstances, providing testimony before the committee could serve as a prime opportunity to air them out.

In his memo released following the committee vote to issue its subpoena, Mr. Trump doubled down on his claims that the 2020 election was “rigged and stolen,” and accused the panel of “going after American Patriots who questioned it.”

“Despite strong and powerful requests, you have not spent even a short moment on examining the massive Election Fraud that took place during the 2020 Presidential Election, and have targeted only those who were, as concerned American Citizens, protesting the Fraud itself,” he wrote.

Mr. Trump also wrote in his memo that the panel overlooked his efforts to secure the Capitol and to increase security throughout Washington in advance of the Jan. 6, 2021, congressional votes to certify the election. Mr. Trump said he recommended and authorized “thousands of troops to be deployed to ensure that there was peace, safety and security” that day.

“The people of this Country will not stand for unequal justice under the law or Liberty and Justice for some. Election Day is coming,” Mr. Trump wrote. “We demand answers on the Crime of the Century.”

Ms. Cheney told NBC’s “Meet the Press” on Sunday that the committee would not let Mr. Trump take control of the proceedings if he decides to show.

“We are going to proceed in terms of the questioning of the former president under oath,” she said. “It may take multiple days, and it will be done with a level of rigor and discipline and seriousness that it deserves. We are not going to allow — he’s not going to turn this into a circus.”

Still, Mr. O’Brien said there is little upside for the committee if Mr. Trump shows up.

“He’s the last person you would want testimony from,” Mr. O’Brien said. “It’s not even worth it. They go through all of that work and he doesn’t answer the questions, he just goes through his schtick. That would not be a fruitful hearing for them.”

“I don’t think anyone wants that,” he said. “Not even the hardline progressives.”

Democrats have, nonetheless, used the subpoena as a cudgel against the former president as lawmakers make their rounds on Sunday shows.

House Speaker Nancy Pelosi, California Democrat, used her appearance on MSNBC’s ‘The Sunday Show’ this week to suggest Mr. Trump was afraid to appear before the panel.

Mr. Pelosi added that the public will judge the former president if he does not appear.

“No one is above the law. If we believe that, then they should make a judgment about how he responds to that request,” she said.

The committee has taken a hardline approach with other uncooperative witnesses. It has recommended contempt of Congress charges for four Trump insiders who bucked subpoenas.

The Justice Department has pursued charges for two of Mr. Trump’s former advisers — Steve Bannon and Peter Navarro — for bucking the panel’s demands to testify.

Last week a federal judge sentenced former Trump adviser Steve Bannon to four months in prison and ordered him to pay a $6,500 fine for the misdemeanor contempt charges.

But, Mr. O’Brien said Sunday show grillings may be all Mr. Trump has to face if he bucks the committee.

“They want him to blow this deadline, so they can drop a footnote in their report,” he said.

“I think he can respond when he wants, frankly,” he said. “I just don’t think that at the end of the year anyone’s going to be rushing up the courthouse steps to hold the president of the United States in contempt.”