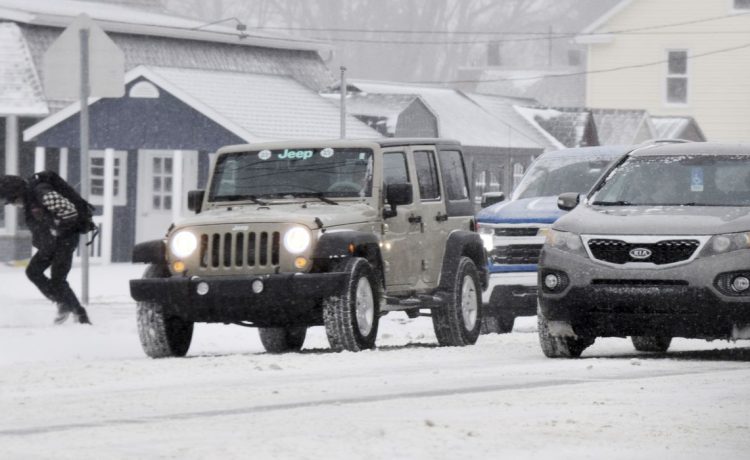 If you think rough weather is the worst thing on the roads this holiday season, you might want to take a closer look at the other drivers.

Speeding, red light running, drowsy driving and alcohol- and marijuana-impaired driving have all soared during the coronavirus pandemic, officials warn.

And auto club AAA says those problems are worsening this Christmas season, as falling gas prices lure more Americans back onto the road and COVID-19 lockdowns become a distant memory.

AAA expects to rescue 900,000 stranded motorists as 102 million Americans drive at least 50 miles from home on holiday trips between Dec. 23 and Jan. 2. That’s a 2% increase from the number of drives on the road last year.

“While the height of the pandemic is in the rearview mirror, those destructive driving behaviors that we began to see at the onset of the pandemic are not,” Ragina C. Ali, AAA Mid-Atlantic spokeswoman for Maryland and the District of Columbia, told The Washington Times.

“We are still seeing outrageous speeds and a frequency of impaired and distracted drivers that are claiming the lives of drivers on our roadways.”

The share of drivers who admitted getting behind the wheel after drinking more alcohol than the legal limit jumped by 24% from 2020 to 2021, the AAA Foundation for Traffic Safety reported this month.

That reversed a steady decline in the foundation’s annual surveys from 2018 through 2020, AAA said.

Many drivers got used to ignoring speed limits and seatbelts as police enforcement lagged during the pandemic, said Joe Young, spokesman for the Virginia-based Insurance Institute for Highway Safety.

An uptick in impaired drivers consuming marijuana with alcohol and the return of more risk-averse drivers to the roads have made the roads more dangerous this year, he added in an email.

“Empty roads in the early months of the pandemic allowed speeds to creep up, and our research found that those travel speeds remained high even after traffic patterns started to normalize,” Mr. Young said. “Light traffic and empty roads surely played a role, but there was also a reduction in enforcement of speed limits and other traffic laws in many places as law enforcement personnel were spread thin.”

Traffic fatalities have risen steadily since the start of the COVID-19 pandemic in March 2020, according to the most recent government figures.

The National Highway Traffic Safety Administration estimates that 42,915 people died in vehicle crashes last year, up 10.5% from 38,824 fatalities in 2020.

That included a 14-year high of 968 crash fatalities in Virginia in 2021 – an increase of 14% from 2020. Virginia’s numbers are expected to increase again this year.

Bucking the national trend, Maryland saw a slight decline in roadway fatalities from 573 in 2020 to 563 last year.

The best way to avoid becoming a statistic this holiday season is to practice defensive driving, said Alaina Gertz, a spokeswoman for D.C.’s Metropolitan Police Department.

That means stopping for pedestrians in crosswalks, keeping a safe distance behind other cars, adjusting to bad weather or traffic conditions, and obeying the posted speed limits, she said in an email.

“As speed increases, the seriousness of a traffic crash increases,” Ms. Gertz said. “Additionally, MPD has seen individuals put their lives and the lives of those around them at risk by getting behind the wheel while impaired. While we do not have an exact reason as to why individuals make this decision, MPD continues to enforce all traffic laws during the pandemic and beyond.”