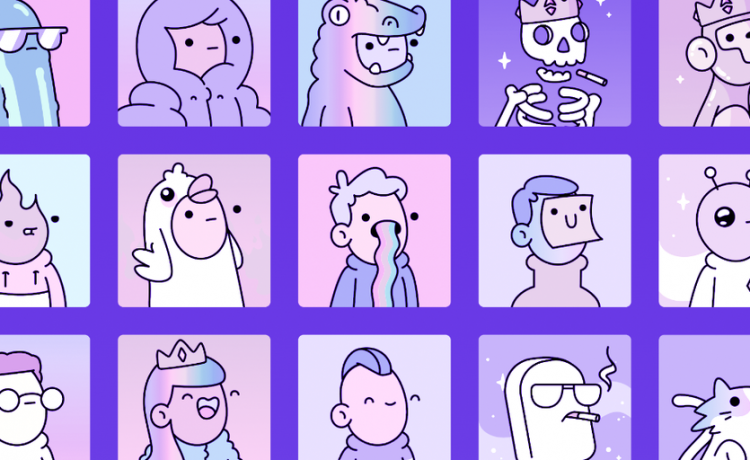 Ethereum NFT project Doodles made a pair of significant announcements at an event hosted alongside the NFT NYC conference tonight, revealing that musician and producer Pharrell Williams will join the project and that it has raised its first round of funding led by venture capital firm Seven Seven Six.

Williams, who recently entered the NFT space with his own Gallery of Digital Assets (GODA) project, will join Doodles as Chief Brand Officer. In his new role, Williams will help shape the collection’s approach to music, artwork, consumer products, animation, and events.

“I’m a big fan of the brand,” said Williams in a pre-recorded video message at the event. “We’re going to build from the core community outward and bring Doodles to new heights, new levels.”

Additionally, he will serve as executive producer on an album of Doodles-inspired music called “Doodles Records: Volume 1,” which will be released in partnership with Columbia Records. The album will include “major recording artists,” per a Doodles spokesperson, and feature artwork from Doodles artist Scott “Burnt Toast” Martin.

The Doodles album will be available to stream via various platforms, but will only be sold via NFTs. According to the representative, the Doodles album NFT will also be bundled with additional, as-yet-unspecified NFT collectibles.

Alongside the news around Williams, the creators of Doodles also announced that Seven Seven Six, the VC firm of Reddit co-founder Alexis Ohanian, led a funding round in the project. It’s the first capital raise for Doodles.

In a pre-recorded video message shown at the event, Ohanian said that Seven Seven Six plans to work with the Doodles team to “take all the work they’ve done so far and bring it to another level, scale it even further.” Seven Seven Six co-founder Katelin Holloway will join Doodles’ board, along with Williams.

The funding amount was not disclosed.

At the event, the creators also announced Doodles 2, a new NFT collection that will span millions of avatars—up from 10,000 in the original collection—and feature a wider array of traits along with wearable items. The avatars will not be released on Ethereum, but the team did not announce which blockchain the new collection will release on.

Doodles launched in October 2021 and has since gone on to become one of the most valuable NFT collections on the market. To date, it has generated nearly $500 million in secondary trading volume, per data from CryptoSlam. Doodles recently introduced former Billboard President Julian Holguin as CEO.

An NFT works like a proof of ownership for an item, and it’s typically used for digital goods such as unique profile pictures (like Doodles), as well as artwork, collectibles, and video game items.

Seven Seven Six previously invested in Moonbirds, an Ethereum NFT collection that launched this spring to immense buzz. Moonbirds hails from the PROOF Collective, a Web3 startup from serial entrepreneur and venture capitalist Kevin Rose, and it raised $10 million from Seven Seven Six.

Ohanian, a vocal NFT advocate and collector of projects including CryptoPunks and the Bored Ape Yacht Club, has previously announced Web3 co-investment initiatives with both Solana and Polygon.