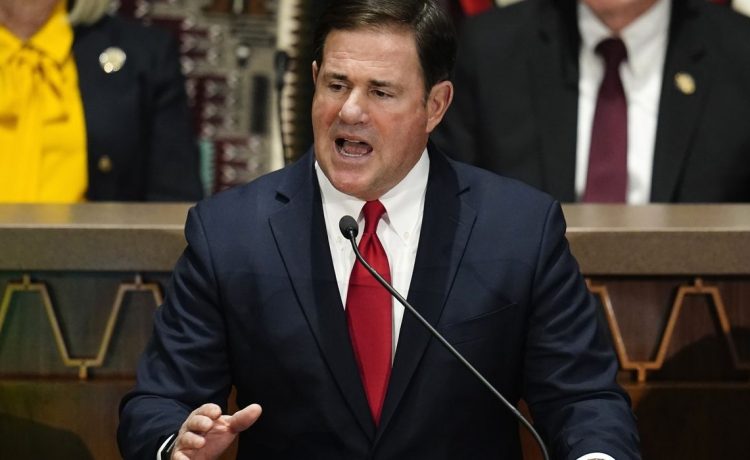 PHOENIX — Arizona Gov. Doug Ducey signed legislation Thursday that directs $335 million in state cash to construct virtual or physical fencing along the border with Mexico, part of a $564 million border security funding package that is the most ever spent by the state.

The fencing legislation does not say where, when or how the barriers and technology will be installed, and the governor’s office said no planning document was available. Most of the border is on federal land, limiting the ability of the state to do anything to finish the few sections that do not have existing fencing.

Ducey, who co-chairs the Republican Governors Association, and other GOP politicians have tapped into border security as a potent political foil in an election year. A signing letter was packed with criticism of Democratic President Joe Biden.

“Arizona will not sit idly by as the Biden administration fails to do its job and safeguard our state and nation from the clear and present danger of an unsecure border,” Ducey’s letter said.

In addition to the $335 million fencing appropriation, the state budget’s border funding contains $209 million in funding for border-related enforcement. That includes a new jail in Cochise County and payments for local prosecutors and transportation. It also has $45 million for emergency operations and “fusion” centers and $54 million in cash for local sheriff’s offices.