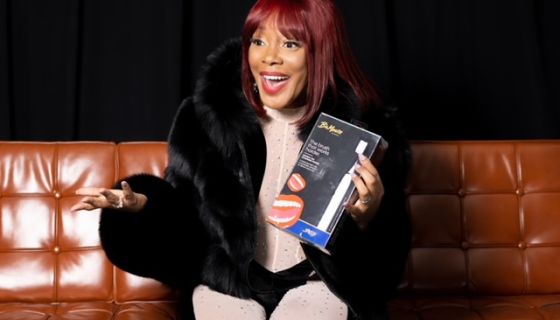 Dr. Bobbi Peterson wants you to remember to take care of your teeth in between munching on those holiday treats, and she’s got JUST the right toothbrush to help you. 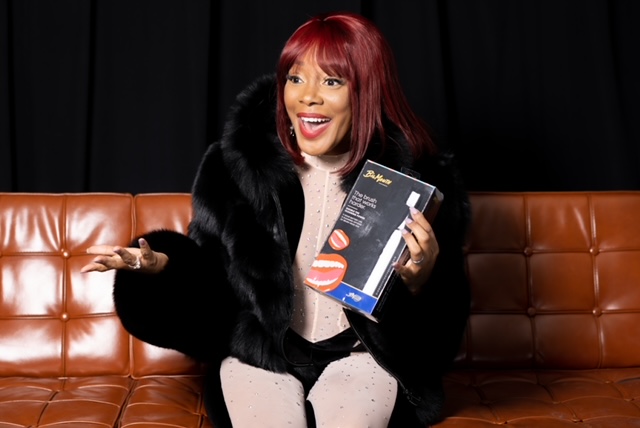 The second-generation, HBCU-educated dentist has created the Big Mouth Toothbrush, making her the very first Black person to design an electric teeth-cleaning tool.

After a year of going from idea to prototype, the Big Mouth Toothbrush was released and garnered rave reviews from users who say it feels like an oral “spa massage” due to the wide-width product’s multiple settings for ultimate dental care.

This celebrity orthodontist who hails from Howard University Dental school recently opened up to BOSSIP about her periodontal disease-battling toothbrush, the benefits it provides to users with veneers, and the pride she feels as the owner of her Brooklyn-based Aces Braces practice.

How did you start your Big Mouth Toothbrush business?

The idea stemmed from a combination of two things. In my practice, I have an orthodontic practice in Brooklyn, Aces Braces, and I have a very high percentage of adults for an orthodontic practice. So, maybe three or four years ago, myself in combination with my hygienists, we started to notice that there was a rise in the amount of periodontal disease. One of my hygienists came to me, and they were like, “Oh, you know, a lot of the regular cleanings were turning into deep cleanings.” That was number one. I’m like, “Okay. As a dentist, my ears, my eyes have been opened.

So, the Big Mouth Toothbrush helps with periodontal disease because it covers more space. What has the reception been like for the toothbrush?

So, the initial launch was in January of this year, and there was just so much love. While I was developing it, I found out that I was the first Black person to design an electronic toothbrush, not just a Black person, Black woman, but first Black person. Once that hit, I sold out within the first month, which was January leading into Black History Month. That was my first time getting trolled on the internet and people being upset because we sold out. To answer your question, the reception from the Black community, and the white community, everyone was just initially just amazing.

Talk to us about the importance of taking care of our teeth. We all know we should go to the dentist and get dental care but sometimes we put it off in favor of more cosmetic procedures like veneers.

Absolutely. This is why it’s supposed to be instilled in us when we’re young because you need to have a proper oral hygiene routine on a daily basis. I mean, I can go on for days about the reasons why, but I think what would really resonate to a lot of people is we only get one set of permanent teeth. You get two sets, but you get one set of permanent adult teeth. And if you don’t take care of them, you start losing them prematurely. Now, people always say, “Black don’t crack,” right? Black definitely cracks if you’re losing your teeth. Instantly. You see people that have the old-looking faces. You’re missing teeth and that means you didn’t take care of your mouth. Now you’re 30 and you look like you’re 60.

Why is this toothbrush essential for someone who has or wants to have veneers?

Well, many dental professionals should be teaching their patients that the best option would be to hold on to your natural tooth structure for as long as possible. That should be the goal, right? But I think in this day and age with social media, and everything is about how you look, everybody wants beautiful teeth. So I feel like there are a lot of dental professionals that kind of sell that instant [gratification]. Everybody wants everything quickly, so veneers are made fairly quickly. You can get veneers the next day if you want. I think everybody’s with that get beautiful quickly type of thing. I think that’s the reason why veneers are being sold so prominently. But are they always a good idea? Are you always a good candidate for veneers? Absolutely not. This is why people get those veneers in quickly, and then start posting their selfies, and then you get that hate that’s like, “Man, you got horse teeth,” or, “Oh, they look like Chiclets,” or, “Oh, they’re too white.” That’s definitely a trigger for me. I get sent so many pictures of celebrities and people that have gotten these veneers, and they’re bad ones. Everyone’s not a candidate for veneers.

The toothbrush is really, really good, for people that have gotten medical procedures. It’s also amazing for people with braces. If you could imagine the width of the head of a toothbrush is 1.5 times the size of an average toothbrush. Once you place it in your mouth, you’re hitting your upper gums, lower gums, upper teeth, lower teeth all at the same time. It literally feels like a spa in your mouth. 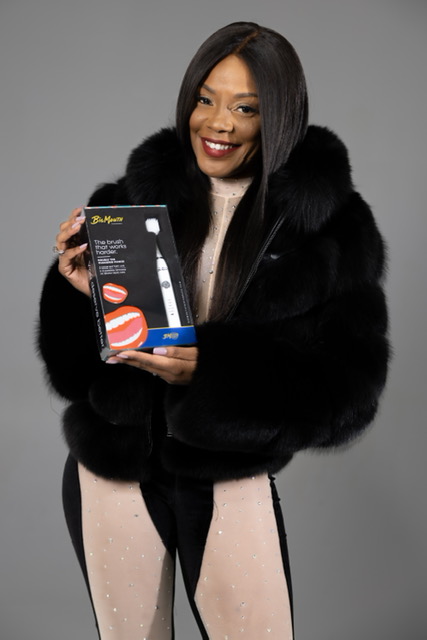 So it makes it more of an enjoyable experience. It’s something you don’t really get with a regular toothbrush.

It makes you want to brush your teeth.

Here’s a question— one thing we’ve noticed in recent years is that people are missing their side teeth. What is that about? It’s not the front teeth, not the bottom teeth, just the side. Why has this become a thing?

That is a hilarious question, and I wish I had the proper answer for you other than the fact they did not have a Big Mouth Toothbrush. Another thing that I’ve noticed in my practice is that a lot of the patients have been coming in to get their teeth aligned. If they already have a space in between their two front teeth, they want you to hold it. I’ve [even] had patients come in asking to create that space [between their front teeth]. I feel like there are a lot of little differences around teeth that people are developing, as a rule. And I always tell people. I’m like, “There are certain things that are considered the standard,” but that’s definitely something that is new that I feel is going to be the shift. That, and natural bodies are coming back.

Do you have plans to expand into other things outside of the Big Mouth Toothbrush?

This toothbrush is turning into a full-time job for me. The only new things that I’ve got in the works right now are… I’m developing the design for a travel case because it is an electronic toothbrush. So when you travel with it, the turn-on button needs to be protected. In October of this year, I started selling it in pink. The initial original Big Mouth Toothbrush is white. We launched a certain amount of the pink special edition Big Mouth Toothbrush for Breast Cancer Awareness Month.  I’m also a survivor. I’m one-year cancer free so that meant something extra special for me to be able to do that and then some of the proceeds… 40% of the proceeds went to breast cancer awareness.

I do want a black toothbrush because everyone’s been asking me about that. A lot of people like, “When are you going to get a black toothbrush out?” I’m like, “It’s easier said than done.” A lot of work goes into anything electronic that is made outside of the US, even made inside the US. There are just a lot of rules and… The FDA don’t play. I learned a lot from this process. And then I want a kids’ toothbrush. I want to make a kids’ toothbrush. The toothbrush right now is good for people between 12 and 13 because that’s when you have the majority of your adult teeth.

What is it like being a Black female orthodontist working not only in your field but also being an entrepreneur?

It’s amazing. I feel like the best thing about it for me is when the younger generation comes in. When I first opened my office the east side of Brooklyn feels very Caribbean, very Caribbean. This is before I started really even treating celebrities and stuff. A lot of the people that came in there would think I was a white man because my name’s Bobbi Peterson…

And then you show up.

Then because my social media platform is what it is right now, there are so many young women that want to be dentists, that want to be in the dental field, period. I’m mentoring them via IG and even just encouraging them saying; “Oh, keep me posted on your journey. Tag me when you get your diploma,” and things like that. I think in my mind, I’m like, “If I have time to be on Instagram, I have time to follow up. 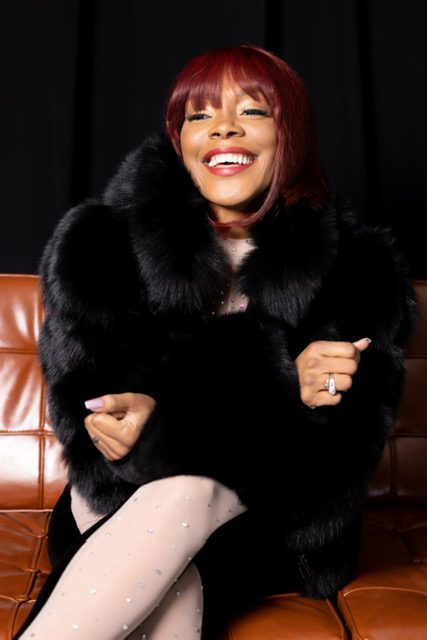