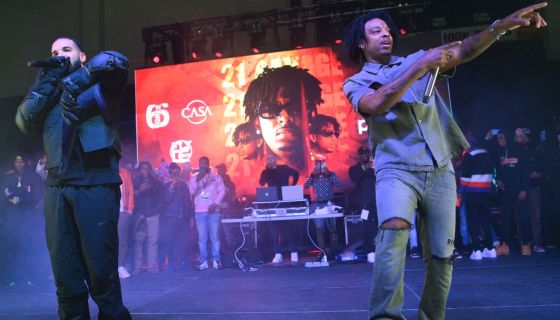 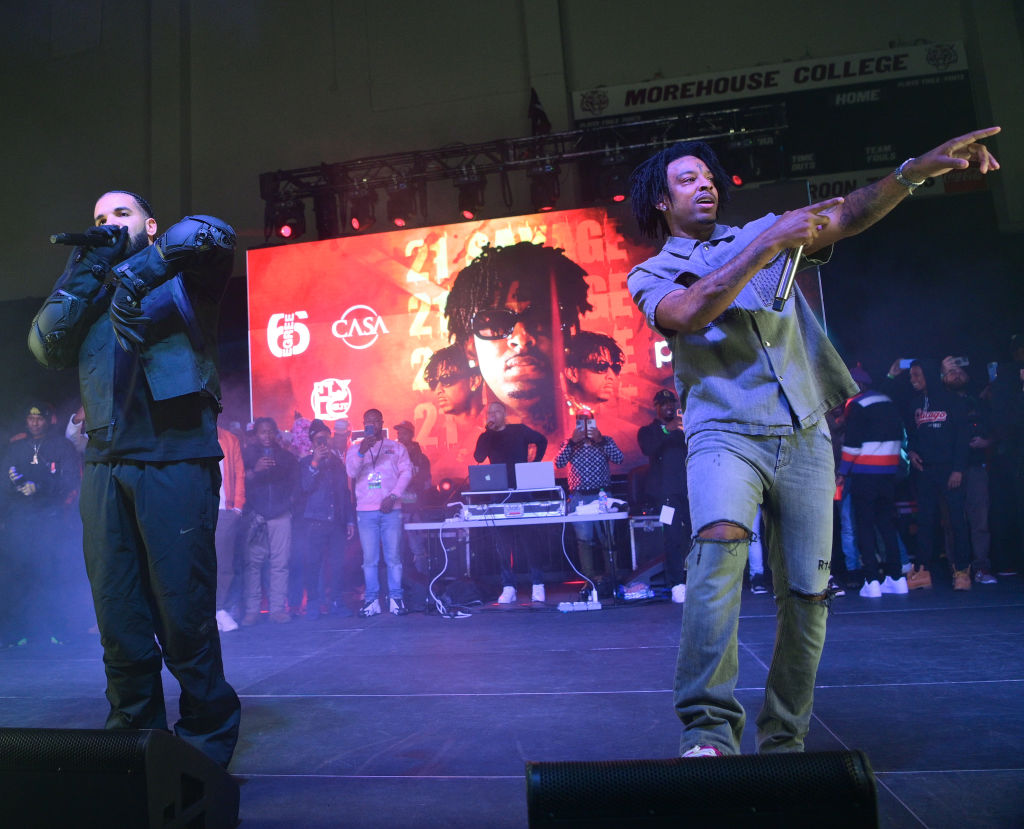 Earlier this year Drake released Honestly Nevermind which was a step outside the box of his usual music. The social media jury couldn’t agree if the album was good or bad. One thing everyone agreed on was ‘Jimmy Cooks’ is the hardest song Drake or 21 Savage touched this year. Since their first collaboration ‘Sneakin’ they have always delivered heat and haven’t missed yet. Two weeks ago in the video for ‘Jimmy Cooks’ the two revealed they would be releasing a joint album titled Her Loss.

Unfortunately Drake and 21 Savage delayed their joint album by a week but tonight the album is slated to hit streaming services everywhere. To promote the album the duo is spoofing traditional rollouts and publicity. Sunday they revealed a fake Vogue cover and plastered the cover all over NYC while thanking Anna Wintour as if it was real. Inside the magazine, almost every single page is a mock ad of a traditional Vogue featuring your favorite models with 21’s signature knife on their forehead.

A companion video with 21 Savage was released with him spoofing Vogue’s content for “What’s In My Bag”. The best part is him joining in on the UK jokes. With a straight face 21 pulls tea out of his bag and states “you can never have too much tea, you know, I like to enjoy my tea and crumpets”.

They didn’t stop there they even showcased their own Tiny Desk promo. The promo got fans excited until NPR confirmed it was indeed a troll.

The night ended with the cover art for the Her Loss album being revealed. Instantly we could tell this cover was all Drake’s idea. Terrible or questionable cover art has been a staple in the Drake rollout for years but it gets the people going.