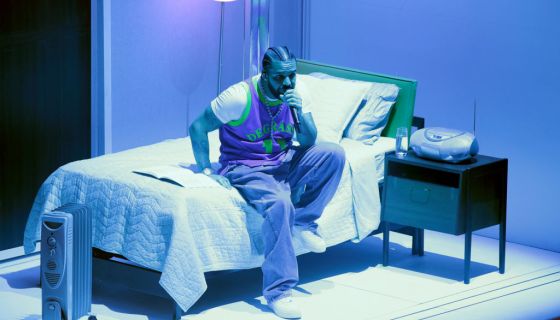 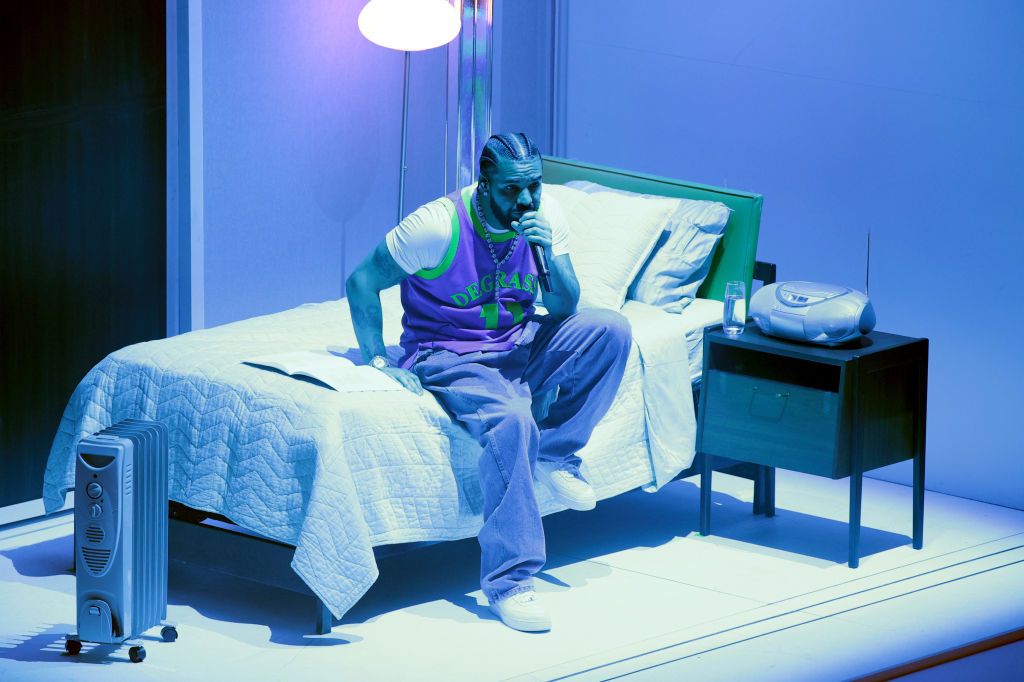 Drake’s second show at the Apollo came to an abrupt halt after a fan fell from the 2nd-floor balcony landing on the crowd beneath.

This past weekend Drake finally made good on his promise to deliver an intimate show at NYC’s famed Apollo theater. The shows were originally announced in October and scheduled to take place at the start of November. At first, Drake pushed them back til December in order to pay his respects to Takeoff. December came and went and The Boy rescheduled the shows once again but this weekend they finally happened. Drake shut down the Apollo on night one alongside a reunited Dipset and 21 Savage.

Last night New York City packed the Apollo for night two of Drake’s SiriusXM free shows. Night two had its own surprises like night one with Drake bringing out Lil Uzi Vert to bless the crowd.

After Uzi’s performance, Drake took time to give the Philly artist his flowers. Drake praised Uzi for always being genuine and checking in without needing anything in return.

Perhaps the wildest moment of Night 2 came in the form of a fan tumbling from the 2nd-floor balcony onto the crowd below. As the fan fell they took some of the lighting fixtures down with them bringing the show to an abrupt halt as 21 Savage joined Drake on stage.

As the crew worked to fix the lighting the venue offered an update on the fan who fell. After a few minutes, the venue announced that no one had been injured by the incident.

“Everybody is absolutely OK,” a man said over the loudspeaker. “They are being checked on. Nobody’s hurt. But I got even better news for you: We’re at the Apollo so the show must go on.”

Eventually, Drake and 21 were able to finish running through their latest hits after the delay. Drake closed the evening by thanking everyone for their support over the years and apologized for the delay.

“This crowd is an absolute 10 out of 10. I’m so happy with tonight. We apologize for the delays and all that sh*t, but thank you,” he said, calling it “an evening of gratitude.”

“I used to come up here and my heart used to beat out of my chest. I used to be side of stage hoping some bad sh*t would happen, like a f*cking fire alarm would go off,” he continued. “I used to dread performing ’cause I just never really understood how it was just like, me on one side and all of you on the other side.”

“But it’s nights like these that let me know I have the greatest job in the world and I feel like you, again, give me the confidence to know after all these years, after all the nos that we’ve heard, after all the doors that slammed in our face, it’s this exact group right here that lets me know that I’m exactly where I need to f*cking be,” he concluded.

While Drake was performing at the Apollo his summer tour dates sprung a leak online. If you missed the Apollo shows you can catch Drake and 21 Savage at a stadium near you this summer.