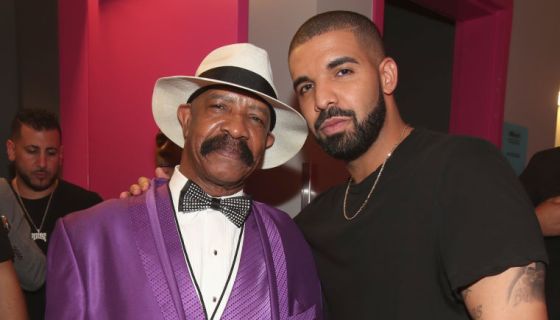 October’s Very Own has been busy, but not too busy to hilariously drag his own dad. 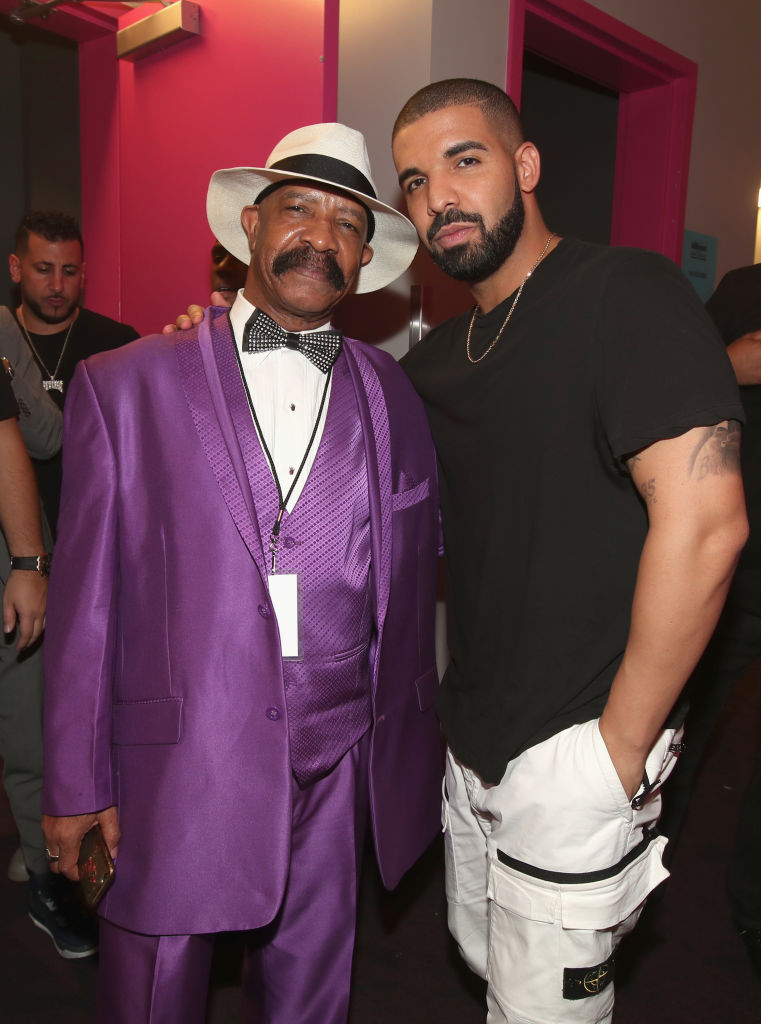 After testing positive for COVID-19, Drake postponed the highly anticipated Young Money reunion at OVO Fest, and over the weekend, the rescheduled show took place. As previously reported Drizzy was joined by his Young Money family including Nicki Minaj and Lil Wayne as well as Gudda Gudda, Jae Millz, and Mack Maine.

After spending time with his rap family this weekend, Drizzy took to IG to bring up a Graham family matter that hit close to home.

After rocking the stage with Young Money, Drizzy poked fun at his father Dennis Graham, and the ink on his arm.

In 2017, TMZ reported that Dennis immortalized his son by tattooing his entire face onto his bicep. Drake has been quiet about the ink all of these years but chose chaos Sunday night and posted a pic of his father’s tribute tattoo captioned;

The tattoo that Drake reposted was inked by Graham after Drizzy inked his father’s mugshot on his arm in 2014.

Drake’s tattoo is much smaller than his father’s but he posted it in 2014 with the caption; “mini portrait of my father.”

Although Dennis’s portrait has since been reworked, photos of the original tattoo will live on forever, especially since Drake decided to repost it.

Interestingly enough, Dennis shared in Drizzy’s comments that he’s had the tattoo redone not once, not twice—but SIXTEEN TIMES.

“I love you and miss you,” Drizzy’s dad commented according to a screenshot shared by TMZ. “Hahaha I had 16 people to try and straighten this out, they’re hurting me”

Dennis’s tattoo has received hilarious reactions from fans and in an interesting twist, shady comments from the person who created it.

Some fans think Drake looks like he’s of Dominican descent in his dad’s portrait tatt and others think he looks like Joe Gorga of “Real Housewives of New Jersey” fame.

And while fans think the shoddy tattoo job is pretty funny, the artist who inked Dennis Graham is none too pleased and he called Drake an “ungrateful piece of s***” and a “b*** a**.”

What do YOU think about Dennis Graham’s Drake tattoo? 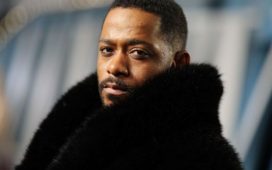