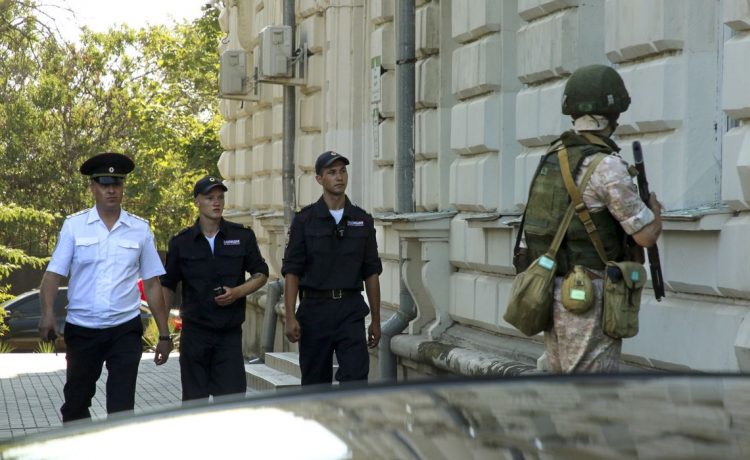 Russian officials said the explosion in the city of Sevastopol on the Crimean peninsula appears to have originated from a homemade drone. It’s unclear where the unmanned craft began its flight, or if the attack was part of a Ukrainian operation to target Russian military infrastructure.

“The incident that occurred in Sevastopol is a terrorist act … The drone attack will be given an appropriate assessment with certain conclusions,” said Olga Kovitidi, a Russian official who purportedly represents the “republic of Crimea.”

Russia forcibly annexed Crimea in 2014 and has established its own local government on the peninsula. But the region officially remains a part of Ukraine and most of the world has rejected Russia‘s claims.

The Russian military has used Crimea as a staging area for its ongoing attack on Ukraine. Its Black Sea Fleet headquarters in Sevastopol has played a key role in Russia‘s naval operations throughout the region, including a blockade that has nearly shut down wheat and grain exports from Ukraine.

Elsewhere, Russian President Vladimir Putin marked the holiday by signing off on a new maritime security strategy that identifies the U.S. and NATO as primary threats to Moscow.

Speaking at a Navy Day celebration in St. Petersburg, Mr. Putin said his navy is prepared to go to war at sea in order to protect itself.

“Russia’s new Maritime Doctrine has been approved. We openly designated the boundaries and areas of Russia’s national interests, both economic and vital strategic areas,” Mr. Putin said. “First of all, these are our Arctic waters, the waters of the Black, Okhotsk and Bering seas, the Baltic and Kuril straits. We will firmly provide for their protection by all means.”