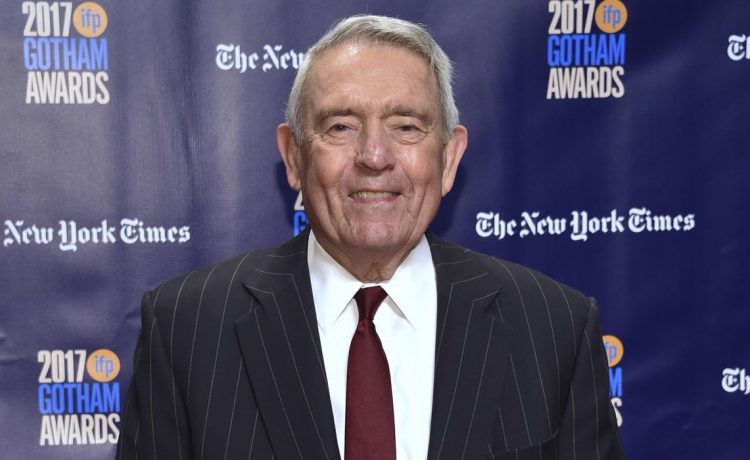 Disgraced former CBS News anchor Dan Rather recently finished hosting nine seasons of a cable television interview series — but most Americans may not have noticed.

From 2013 to last year, he filmed 150 episodes of “The Big Interview with Dan Rather” for the niche cable channel AXS TV. Guests included actor David Hasselhoff, singer Neil Young and filmmaker Oliver Stone.

Now the 90-year-old journalist publishes left-leaning commentaries on the news of the day in a Substack newsletter that he shares on Twitter with his 2.7 million followers.

He’s among the growing number of ethically tarnished TV journalists who have migrated to smaller cable networks, digital platforms and streaming channels.

In 2006, CBS fired Mr. Rather for reporting false documents about President George W. Bush’s Texas Air National Guard service during the 2004 election. Describing himself as a “scapegoat,” the veteran newsman filed an unsuccessful $70 million lawsuit against the network.

Mr. Rather is not the only one looking for redemption.

On Sept. 9, former Fox News host Bill O’Reilly launched a comeback series on Vidgo, which describes itself as “America’s premiere cost-friendly streamer for live sports, news and entertainment.”  In 2017, Fox News fired him amid revelations that he and the network had settled several sexual harassment allegations out of court.

“Vidgo is the future of information and entertainment,” Mr. O’Reilly said Tuesday in a statement. “It will provide reasonable cost streaming with smart, unique content.”

The 73-year-old pundit said his new series “Shock and Awe” will “deliver timely interviews and analysis with the most intelligent people in the world.”

“We believe this is exactly the kind of programming that will resonate with our base and substantially grow our subscribers,” Mr. Mattsson said.

It’s unclear whether the new shows will get as many viewers as their hosts drew in the past.

NewsNation picked him up in July after CNN fired him for an ethical conflict of interest. Mr. Cuomo had advised his brother, former New York Gov. Andrew Cuomo, on how to handle the sexual harassment allegations that forced him to resign from office even as CNN covered them.

“NewsNation believes in the work I am doing with the Chris Cuomo Project and I look forward to building something special here — covering news wherever it happens and having conversations that cater to common concerns and solutions rather than political parties or the political circus,” Mr. Cuomo said in a statement.

Not all former cable news stars have fallen as hard as Messrs. Rather, O’Reilly and Cuomo. Some have just had bad luck.

Chris Wallace left Fox News last year without any ethical clouds to host a new show for CNN’s streaming service, which collapsed shortly after its April debut. Later this month, CNN will finally release the first three episodes of a revamped “Who’s Talking to Chris Wallace,” with season one to run for 10 weeks.

The 74-year-old has survived a restructuring by new parent company Warner Bros. Discovery, which has fueled an exodus of several longtime CNN employees as the network struggles for ratings. On-air personalities Brian Stelter, Jeffrey Toobin and John Harwood all recently departed.

“I am excited to be back in the studio having candid, real conversations with a rich variety of guests who are standouts in their fields,” Mr. Wallace said in a statement this month.