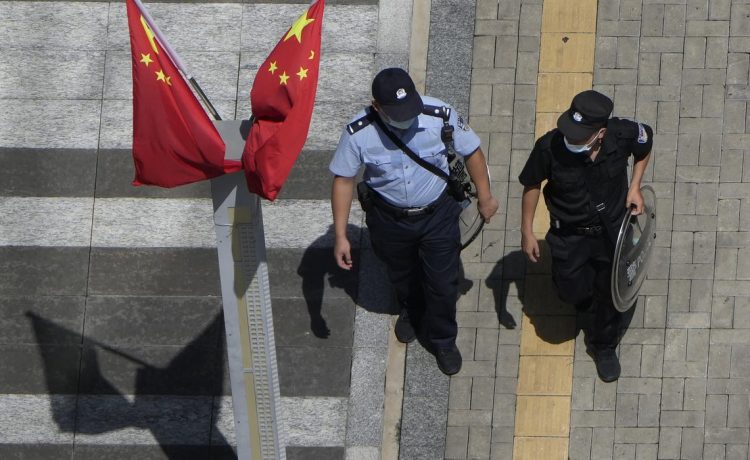 The Chinese government has set up two illegal “police stations” in the Netherlands that are used to monitor its citizens abroad, according to Dutch media.

The offices, which the Chinese called “overseas service stations,” have been operating in Rotterdam and Amsterdam, with the latter being opened in 2018, according to a joint report by RTL Nieuws and Follow the Money.

“These agencies are illegal,” a Dutch Foreign Affairs spokesperson said in a statement. “We will investigate exactly what they are doing here and then take appropriate action.”

Watchdog group Safeguard Defenders reported last month that there is also a station in New York City and three in Canada.

They are used to help the Chinese Communist Party by cracking down on criminal activities overseas involving Chinese nationals, according to reports.

The stations are set up under the guise of helping complete administrative duties — such as renewing driver’s licenses and reporting changes in civil status — but accused dissident Wang Jingyu told RTL Nieuws that the stations have been used by Chinese authorities to stalk him internationally.

Someone who claimed to work at the station in Rotterdam called Mr. Wang earlier this year and urged him to return to China, where there is an outstanding warrant for his arrest. He told RTL that this person told him to “think about my parents.”

He said that someone texted him a photo of a gun with the message: “I’m going to kill you.” He received it in June after he demonstrated in front of the Chinese embassy, he said.

Several bomb threats have also been reported in his name that prompted police to raid his home.

The Chinese embassy told RTL that it’s not aware of the existence of the police stations. However, the outlet cites Chinese media coverage that reported on a high-level embassy official who was involved in discussions about the opening of the Amsterdam station.

Dutch media reported that the man who runs the Amsterdam station was a former police officer in China. The man who heads up the Rotterdam station is a former soldier in the Chinese military. Other staffers at the stations are volunteers who hold the CCP’s party-line views.

In Safeguard Defenders’ report, they said that Chinese authorities claimed that 230,000 Chinese nationals have been successfully “persuaded to return” to China to face criminal proceedings between April 2021 and July 2022.