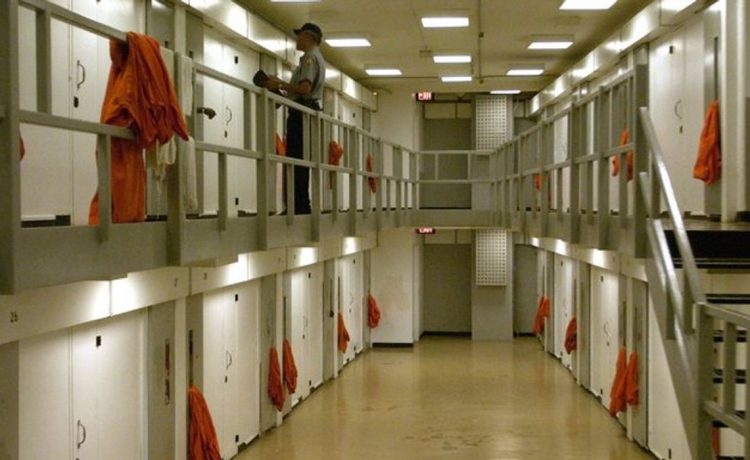 A proposed rewrite of the District of Columbia’s criminal code would allow D.C. inmates to ask for early release 20 years into their sentence and would decriminalize openly urinating and defecating in public.

Mandatory minimum sentences for most crimes would be removed, while the minimum for first-degree murder would be reduced to 24 years from the current 30 years.

Meanwhile, Ward 6 Council member Charles Allen, chairman of the Judiciary and Public Safety Committee, said he will propose greater maximum sentences for serious crimes such as robbery, burglary, carjacking and crimes involving a weapon or firearm.

The committee is scheduled to vote Friday to advance the proposed changes to the full D.C. Council, likely putting the bill — which is titled the Revised Criminal Code Act of 2022 — on the council’s agenda next month.

The changes to the criminal code, which was enacted in 1901, come as cities throughout the country are dealing with a wave of crime. In the District, carjackings have increased 16% since last year, robberies are up 5% and motor vehicle thefts have risen 2%, according to data from the Metropolitan Police Department. Homicides are down 4% from 2021, which was D.C.’s deadliest year since 2003 with 226 murders. Other drops include assault with a dangerous weapon, -13%, sex abuse, -15%, and burglary, -5%.

The changed code has the support of D.C. Council Chair Phil Mendelson, who was part of the initial rewrite effort 16 years ago, and D.C. Attorney General Karl Racine. Mayor Muriel Bowser said she supports updating the code but wants to work with the council on issues “that need more attention.”

“Our criminal laws are a mess,” Mr. Allen said, pointing to overlapping charges and incomplete definitions as prime examples. “The punishments often don’t fit the crime. They’re unclear to everyone from the defendants to the lawyers who represent them to even the judges who sentence them, or their extreme, and they’re out of touch with our modern values.”

But Denise Krepps, an ANC commissioner from the Hill East area, told The Washington Times she is concerned about the early release plan, saying that allowing the courts to relitigate punishments 20 years later would be done at the expense of victims. Offenders over 25 could petition to have their sentence reduced after 20 years under the proposed code.

Offenders under 25 have been able to petition for early release after serving 15 years since the Second Look Amendment Act took effect in April 2021.

Ms. Krepps wants Mr. Allen to put in writing that he wants serious offenders, such as rapists, to have a chance to be released early. Sexual assault victims are often reluctant to speak out on such issues for fear of re-traumatizing themselves, she said.

“I think [Mr. Allen] is deliberately putting his hands on the scales in a way that’s hurting victims,” Ms. Krepps said. “I’ve been in the victims community for 30-plus years. When you have to go through the trial the first time, it’s horrific, but at least it’s done. Now the [Justice Department] has to go back to victims [years later] and go ‘So sorry, Council member Allen changed the rules on you.’”

She said she understands the code’s attempt to produce a sense of “restorative justice,” an approach that tries to rehabilitate offenders rather than simply punish them. But Ms. Krepps said she draws the line with murderers and rapists.

On the other side, ex-con Anthony Petty says he supports the code because he’s proof of the second chance the early release provision can offer.

Mr. Petty was convicted of first-degree murder when he was 16 years old. He petitioned for his release in 2020 — 30 years into his 35-years-to-life sentence — under D.C.’s Incarceration Reduction Amendment Act, a 2019 predecessor of the proposed code’s “universal second look” language for inmates over 25.

He now is 48 and works to pacify street beefs before they turn deadly as a violence interrupter.

Mr. Petty told The Times that if the option to seek an early release had been made available earlier in his sentence, he wouldn’t have waited until his 30s to ditch the combative attitude that made his life behind bars so difficult.

“I would have done everything in my power to [be eligible for release],” Mr. Petty said. “That’s why so many guys now, they’re participating in programs. They’re doing the things that they need to do to come home because they now know that they got a chance to come home.”

Ms. Bowser said Wednesday she wants to make sure the rewrite doesn’t eliminate the tools police use to keep the city safe.

She took issue with the proposed code not including “quality of life” crimes such as public urination and defecation, which means the behavior is not subject to arrests or fines. The current code prohibits both behaviors under its disorderly conduct statute.

“Not many people are going to be arrested for it, but the police have the ability to gain compliance because of what’s in the law,” Ms. Bowser said. “Urination and defecation, for example, in public. Nobody wants that to happen, right? So we want to make sure that even quality of life issues are addressed.”

Mr. Allen told The Times that he has met with Chief of Police Robert Contee to address the chief’s concerns with the legislation, but the chief also took aim at the proposed code’s overall scope.

“I’m looking through the lens of, does this change … enhance public safety for the residents and the businesses for the District of Columbia,” Chief Contee said Wednesday alongside Ms. Bowser. “I wouldn’t necessarily say that that was the lens for the rewrite of the code.”

D.C. Police Union Chairman Gregg Pemberton told The Times that he has problems with the “criminal coddling” that the code reinforces, a mindset he said is already apparent in the District’s criminal justice system.

“We’re seeing guys do armed robberies and get six months at time served, or we’re seeing people get convicted of broad daylight execution-style murder and they’re getting five years,” he said. “The idea that the city council needs to tackle sentencing guidelines, because they’re too harsh, is pretty preposterous because the D.C. Superior Court is not pursuing those kinds of penalties in the first place.”

Mr. Pemberton said he believes the proposed code would lead to an increase in the city’s crime rate, a concern that appeared to be echoed by the U.S. Attorney’s Office for the District of Columbia. The office said last week that it supports the committee’s decision to move the code on to the council, but some provisions “while well-intentioned, could undermine community safety and impede the administration of justice in our courts.”

In its testimony before the Judiciary Committee last fall, the U.S. Attorney’s Office pushed back on the expansion of early release petitions until it had more time to see the effects of the Second Look Amendment Act. It also said the code creates a defense of child sexual abuse if it can be reasonably believed that the offender mistakenly assumed the victim was of legal age.

Two other concerns from the U.S. Attorney’s Office have been addressed: The code keeps a mandatory minimum for first-degree murder and does not lump carjacking into the robbery statute, which would have lessened its penalties.

D.C. has seen 381 carjackings this year, with 73% of those involving the use of a firearm, according to the Metropolitan Police Department.

The current code was written by Congress and enacted in 1901. The Criminal Code Reform Commission, which is rewriting it, is a group of public defenders, prosecutors from the U.S. Attorney’s Office and the D.C. Attorney General’s Office, and legal experts who were tapped by the D.C. Council six years ago to begin drafting the revised code.

A major goal of the rewrite is to create penalties that account for the severity of the crime.

Commission Executive Director Jinwoo Park said the current code has no method for differentiating types of robbery, for example. That means robberies that include serious injuries are on equal footing with non-violent pickpocketing.

“Even if an offense was defined relatively clearly, there wouldn’t really be meaningful distinctions made between the severity and conduct,” Mr. Park said, who served as an advising attorney on the panel before becoming its executive director in April.

The proposed code attempts to remedy that with stricter penalties, such as moving crimes to a more punitive class when criminals use a real or dummy weapon, or if they target a “protected person” — such as a minor, an elderly person or a city government employee — while committing the crime.

Other crimes that would be revised are felony theft, which raises the amount stolen to qualify from $1,000 to $5,000.

Assaults would be broken into four degrees depending on severity, replacing what Mr. Park called the vaguely defined “simple assault” offense in the current code that he said is the most charged crime in the District.

The proposed code also grants people accused of a misdemeanor the right to a jury trial. The process would be gradually phased in and studied until it went into full effect in 2030.

If passed by the D.C. Council and signed by Mayor Bowser, the proposed code would take effect Oct. 1, 2025.