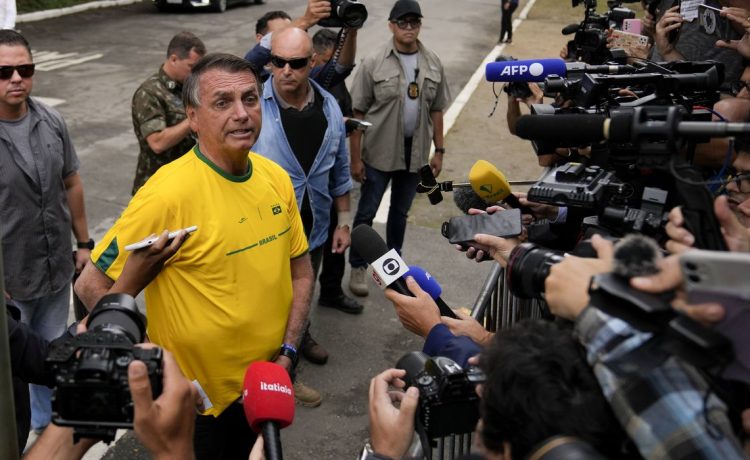 On Sunday, almost a dozen candidates were on the ballot for Brazil’s presidential election. Still, only two have a real shot at victory: right-wing incumbent President Jair Bolsonaro and his political nemesis, former President Luiz Inacio Lula da Silva, head of the left-wing Workers Party.

Polling on Sunday indicated that Mr. da Silva, commonly referred to as Lula, had a clear advantage over his rival, a pro-business, regulation-slashing firebrand who has been called Brazil’s version of Donald Trump.

But in Brazil, the winning candidate must take more than 50% of the vote or a second round of voting will be ordered.

In that case, the only candidates on the ballot would be the two frontrunners.

Polling data on Saturday from the Brazilian firm Dadafolha showed a commanding lead for Mr. da Silva. The pollsters said 50% of the respondents said they would vote for him as compared to 36% who were inclined to return Mr. Bolsonaro to power.

The election is widely considered the most important in years, coming at a crucial moment for Brazil, which has been racked with rising fuel prices and an economic slowdown.

Some analysts said predicted Mr. da Silva would be unable to hit the 50% mark required to avoid an October 30 runoff with Mr. Bolsonaro.

“I think what’s more likely is that there will be a second round,” Brazilian political columnist Jose Roberto de Toledo told The Guardian. “If there is a second round, it will be much worse than it has been thus far. It would mean four weeks of gore. I hope I’m wrong.”

Mr. Bolsonaro promised Brazilians that he would create jobs by slashing red tape, cutting taxes, and investing in technology. He has faced withering criticism over his administration’s response to the COVID-19 pandemic in Brazil and for extensive deforestation of the Amazonian rainforest.

If returned to office, Mr. Bolsonaro said he would continue privatizing more public companies and increasing mining opportunities. He has stated that Brazil, like any country, has the right to use its natural resources. The current Brazilian president also promised to continue with a $110 monthly benefit check to voters put in place during the pandemic.

Mr. da Silva, a former union leader, was Brazil’s president from 2003 to 2010 during a time of relative economic prosperity. He was later jailed amid a wide-ranging corruption probe in Brazil but the conviction was dismissed, allowing him to make another bid for elective office.

Mr. da Silva promised to raise taxes on the wealthy, enact a number of generous social programs and bring back environmental regulations that were relaxed during President Bolsonaro’s administration.

Mr. Bolsonaro has portrayed himself as a defender of traditional family values and personal liberties and a foe of political correctness and other progressive policies. Manuel Pintoadinho, a metalworker living in Rio de Janeiro, told NPR that he intended to cast his ballot for Mr. Bolsonaro even though the economy has been rough.

“The pandemic ruined everything. Inflation is really high,” Mr. Pintoadinho said. “It’s not his fault.”

Holding an election on a single day for 150 million people across a country the size of a continent is not a simple task, said Oliver Stuenkel, a professor in the school of international relations at Brazil’s Fundacao Getulio Vargas in Sao Paulo.

“It is a tremendous logistical challenge and pulling it all off so seamlessly should be a source of national pride,” Mr. Stuenkel said on Twitter.

However, he rejected recent comments from Mr. Bolsonaro that questioned whether the election would be fair, saying they could cause millions of citizens to question the results and deny the legitimacy of the next government.

“The quality of a country’s democracy not only depends on its government. It also depends on the opposition,” Mr. Stuenkel said. “A democratic opposition provides constructive criticism and holds the government accountable. It should not. however, question the legitimacy of the government.”