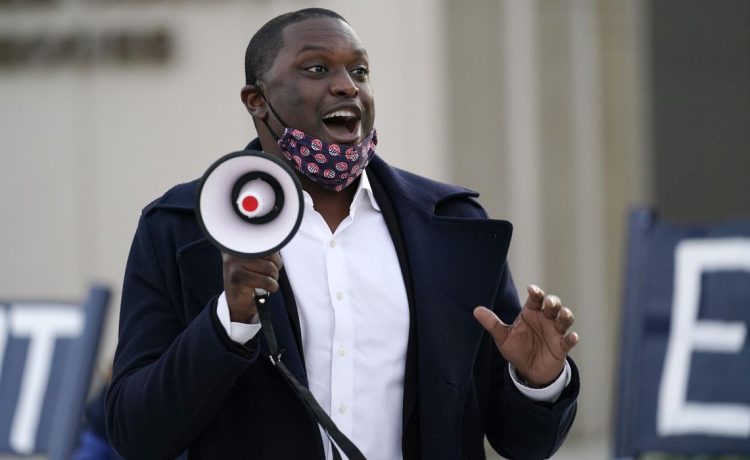 The 118th Congress will welcome about a dozen openly LGBTQ members when the session begins on Jan. 3 — the most in the history of the institution.

LGBTQ-identifying members called it a defining moment, giving them a seat at the table that they plan to use to amplify the voice of America’s lesbian, gay, bisexual and transgender communities.

House Democrats will have three new members who identify as gay, including the first LGBTQ members elected from Illinois and Vermont.

Mr. Cicilline later withdrew his bid, but he asserted that his move against Mr. Clyburn was intended to make a statement about LGBTQ representation in a diversifying Democratic Party. He said that statement was especially important after mass shootings that have targeted the LGBTQ community in recent years.

“Our community is facing tremendous challenges here and around the world, frankly. We’ve seen a significant rise in violence against LGBTQ people around this country,” said Mr. Cicilline. “It’s a challenging time, so that’s why representation really matters.”

Some Democrats raised concerns that the new House Republican majority would try to roll back LGBTQ rights, particularly on transgender issues such as transgender women competing against biological women in high school and college sports.

The GOP’s ‘Commitment to America’ plan promises to support legislation to ensure that “only women can compete in women’s sports,” which would bar athletes born as males from competing in women’s sports.

“If they take an activist approach to limit the rights of the LGBTQ-plus community, then you know we’re going to have a very heated and intense debate over that,” said Rep. Debbie Wasserman Schultz, a Florida Democrat who is not LGBTQ but is a strong supporter of the LGBTQ community.

Rep.-elect Rebecca Balint, a Vermont Democrat who is openly lesbian, said she’s had discussions with House Democratic leaders about protecting LGBTQ causes in a Republican-led House.

“There is a sense that we are post-homophobia in this country and we’re not,” Ms. Balint told The Washington Times. “We have certain elements within the Republican Party who [have used] queer and trans people as their lightning rod in this election.”

Republicans, meanwhile, disputed accusations that they are anti-LGBTQ.

“Most people in America don’t want to be involved in people’s personal lives or their personal preferences about who they live with and who they care about. Most people aren’t interested in that,” said Rep. Scott Perry, a Pennsylvania Republican who chairs the right-wing House Freedom Caucus.

A dozen Senate Republicans joined Democrats to pass the bill, which included some exemptions for non-profit religious organizations such as churches.

Rep. Chris Pappas, New Hampshire Democrat, said the increased acceptance of homosexual and nonbinary people is part of a generational change present on both sides of the aisle.

Mr. Pappas, who is gay, has been working with Republicans on legislation that would help LGBTQ veterans claim federal benefits they lost when discharged under the “Don’t Ask Don’t Tell” policy instituted under President Clinton to deal with homosexuals in the military ranks.

“Times are changing and as we get new generations of folks elected to Congress on both sides of the aisle, they recognize the need to support inclusive policies and policies that impact the LGBTQ community,” Mr. Pappas said.

Rep. Richard Hudson, North Carolina Republican and incoming chairman of the House GOP campaign committee, said he expects to see more LGBTQ members in the party as it continues to make inroads with minority communities.

“We’re growing this party all over the country,” he said. “We welcome anyone who shares our views of economic freedom and opportunity for everybody.”

Outside of Congress, a record number of LGBTQ candidates won seats in state legislatures and statewide elections this year.

Roughly 400 LGBTQ candidates won their election, according to the LGBTQ Victory Fund. More than 1,000 lesbian, gay, bisexual, transgender and queer-identifying people ran for office this year. Of that number, 89% were Democrats.