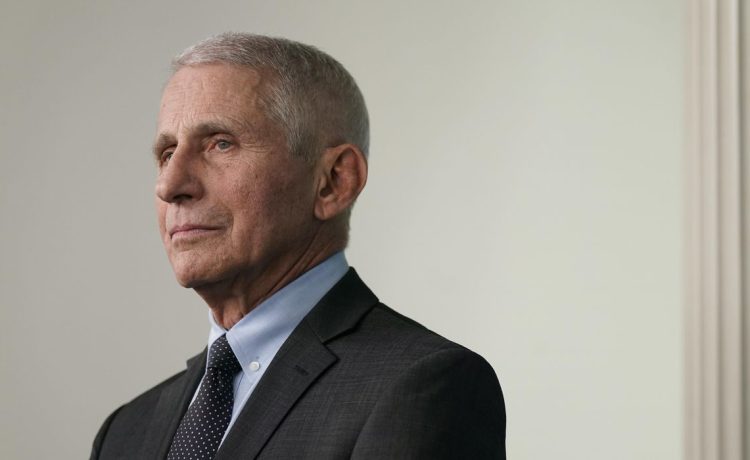 Dr. Fauci, who stepped down from his longtime posts at the National Institutes of Health at the end of last year, has been criticized for funding risky gain-of-function research that some believe sparked the outbreak of the virus.

The expected release of more “Twitter Files” marks the latest escalation by Mr. Musk in revealing the company’s left-wing bent that led to the censorship of conservative viewpoints, the suppression of the Hunter Biden laptop computer story just weeks before the 2020 presidential election, and the unprecedented decision to permanently ban then-President Donald Trump from the platform.

Mr. Musk previewed the next release in a New Year’s Day Twitter exchange.

Juanita Broaddrick, who claimed she was raped by Bill Clinton while he was attorney general of Arkansas in 1978, said in response: “Waiting… for #FauciFiles.”

The exchange followed a previous post last week by Mr. Musk in which he disclosed Twitter employees’ sycophancy for Dr. Fauci.

Mr. Musk, a critic of government lockdowns in response to the pandemic, has long maintained a contentious relationship with Dr. Fauci.

Mr. Musk has called for Dr. Fauci’s prosecution, suggesting he was linked to the origins of COVID-19 through federal grants that support bat research at the virology lab in Wuhan, China, believed to be ground zero of the pandemic which started in late 2019.

Mr. Musk has also accused Dr. Fauci of lying to Congress about funding the research.

The “Fauci Files” would not be the first time Mr. Musk has taken aim at the pandemic response through the release of internal documents.

Mr. Baker, a former FBI lawyer and a key facilitator of the bureau’s much-criticized investigation into purported Trump-Russia collusion in the 2016 presidential election, flagged the post in an email to Yoel Roth, Twitters then-head of trust and safety. He asked why the presidential tweet was not a “violation of our COVID-19 policy” on misinformation.

“Feeling really good!” Mr. Trump tweeted. “Don’t be afraid of Covid. Don’t let it dominate your life. We have developed, under the Trump Administration, some really great drugs & knowledge. I feel better than I did 20 years ago!”

Mr. Baker, a staunch anti-Trump commentator for CNN in between his tenures at the FBI and at Twitter, was adamant that the president’s post had gone too far.

“Especially the ‘Don’t be afraid of Covid statement,’” Mr. Baker said in the email to his colleagues.

Mr. Roth replied that he was unable to remove the post because it didn’t “fall [within] the published scope of our policies.”

“This tweet is a broad, optimistic statement,” Mr. Roth told Mr. Baker. “It doesn’t incite people to do something harmful, nor does it recommend against taking precautions or following mask directives (or other guidelines).”

“Curious whether you have a different read on it, though,” Mr. Roth wrote back.

Mr. Zweig said Twitter executives and White House officials worked together to stifle COVID-related posts “by censoring info that was true but inconvenient to U.S. govt. policy, by discrediting doctors and other experts who disagreed [and] by suppressing ordinary users, including some sharing the CDC’s *own data*.”

That pressure came from both the Trump and Biden administrations, Mr. Zweig said.

Other installments of the Twitter Files also have revealed the extent to which the FBI worked with the platform to suppress speech that falls under First Amendment protection from government censorship.

The revelations have set off a firestorm on Capitol Hill and have spurred an investigation by House Republicans into the FBI’s involvement in online censorship.

Rep. Jim Jordan, Ohio Republican and incoming chairman of the House Judiciary Committee, said Twitter’s internal documents raised concerns that “the FBI maintained this relationship with Twitter apart from any particularized need for a specific investigation, but as a permanent and ongoing surveillance operation.”

“From disclosed Twitter documents and publicly available information, it is clear the FBI worked extensively with Twitter to advance censorship of certain speech on Twitter’s platform,” he wrote in a letter Friday to FBI Director Christopher A. Wray. “These revelations sadly reinforce our deep concerns about the FBI’s misconduct and its hostility to the First Amendment.”