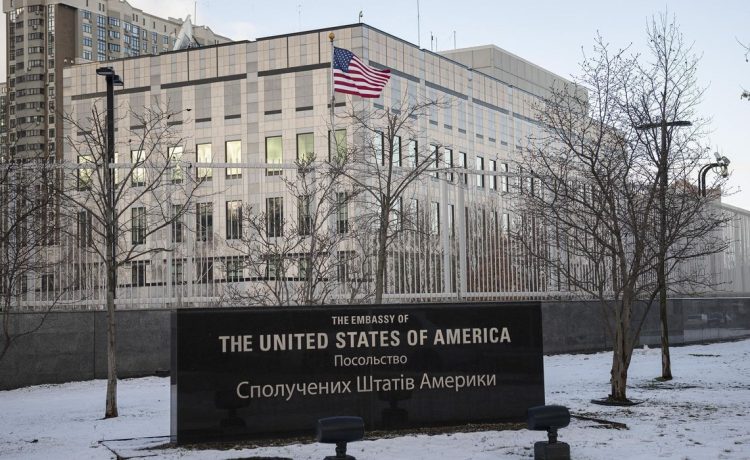 The U.S. Embassy in Kyiv is warning Americans to leave Ukraine over concerns that Russia will ramp up strikes against that country’s government infrastructure and civilian facilities in the coming days.

The advisory, posted on the embassy’s website, comes after Kyiv has banned public celebrations to mark Wednesday’s anniversary of Ukraine’s independence from the Soviet Union over fears of a Russian attack.

“The Department of State has information that Russia is stepping up efforts to launch strikes,” the embassy statement reads. “Russian strikes in Ukraine pose a continued threat to civilians and civilian infrastructure.”

The U.S. Embassy said Americans should leave using privately available ground transportation if it is safe to do so.

“The security situation throughout Ukraine is highly volatile and conditions may deteriorate without warning,” the embassy said. “U.S. citizens should remain vigilant and take appropriate steps to increase their security awareness.”

Ukrainian President Volodymyr Zelenskyy and other Ukrainian officials have issued similar warnings in the past, saying that Moscow may carry out missile strikes and similar attacks around Aug. 24.

“Russia and the Putin regime attacked the independence of Ukraine and independent Ukraine. They are really obsessed with dates and symbols, so it would be logical to be on the lookout and be prepared for independence day to be attacked,” said Andriy Yusov, head of Ukraine’s military intelligence branch, said, according to The Guardian newspaper.