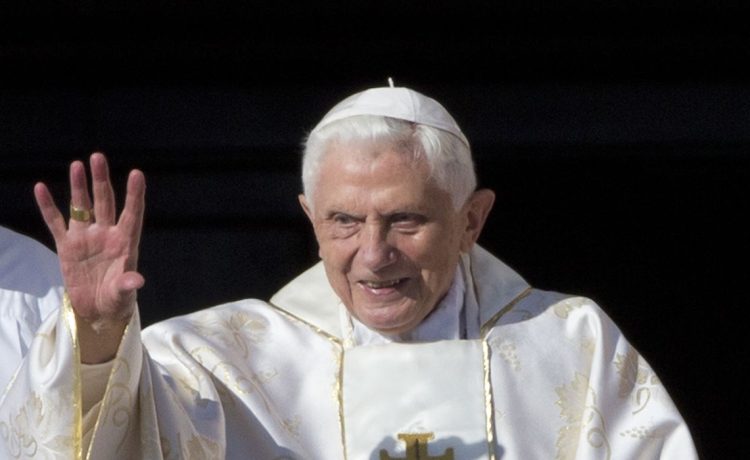 At the conclusion of his general audience on Wednesday, Francis said the 95-year-old Benedict “is very ill” and requested special prayers for him, the official Vatican News Service reported.

“May the Lord sustain him in this witness of love for the Church until the end,” the news agency quoted Pope Francis as saying.

The 86-year-old Francis, who uses a wheelchair and faces his own health concerns, visited Benedict at the Mater Ecclesiae monastery in the Vatican, the news agency reported.

The official report quoted Vatican Press Office director Matteo Bruni: “In the last few hours there has been an aggravation of his health due to advancing age,” and the situation “at the moment remains under control,” with Benedict in the care of his physicians.

Benedict, formerly known as Cardinal Joseph Aloisius Ratzinger, was born in 1927 in Marktl, a town of 2,800 in Bavaria, Germany. He was ordained a priest in 1951 and after a career as a theology professor, became archbishop of Munich and Friesen, Germany, in 1977, the same time he was created a Cardinal by Pope Paul VI.

In 1981, he was named prefect, or head, of the Congregation for the Doctrine of the Faith, in which he defended Catholic doctrine. He succeeded Pope Saint John Paul II in 2005, and retired eight years later over what he said were health concerns.

Since stepping out of the public eye, Benedict has lived in seclusion and contemplation, although he has also given extensive interviews to German reporters outlining his theological views.