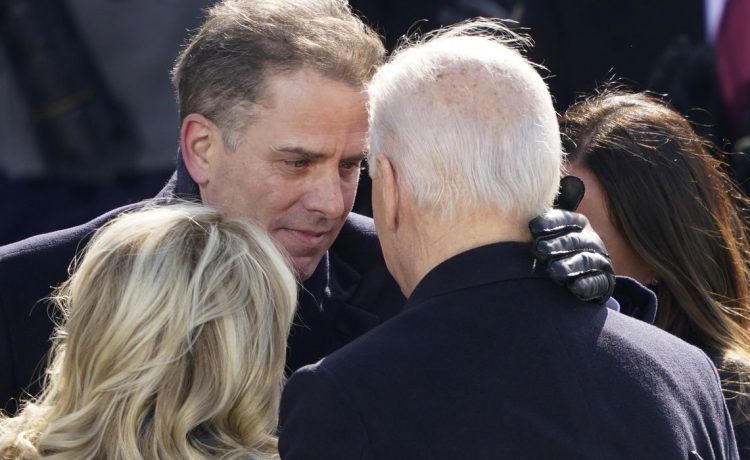 Sen. Charles E. Grassley’s allegation of partisan interference by top FBI officials in the Hunter Biden probe is the latest crisis of credibility for the nation’s premier law enforcement agency, making its job of collaring crooks that much more difficult.

The accusation comes in the middle of what has already been an embarrassing summer for the storied bureau, which has been struggling to shake off complaints of political bias since the 2016 presidential election.

In May, the criminal trial of former Hillary Clinton campaign lawyer Michael Sussmann laid bare multiple screwups and subterfuge by FBI officials probing alleged links between Russians who interfered in the 2016 election and members of President Trump’s campaign.

Former FBI agents said they fear the bureau’s woes will seep into its critical terrorism and organized crime investigations. They worry that informants will be less willing to come forward, or that jurors may not give an agent testifying at trial the same expectation of truth they once would have.

“There is no greater backbone for any law enforcement organization than having the trust of the American people,” said Lewis Schiliro, a former head of the agency’s New York office. “It’s through the trust of the people that you get cooperation from witnesses and victims, the credibility to testify on the witness stand, and even the ability to infiltrate terrorist organizations.”

FBI Director Christopher A. Wray will get a chance to explain himself on Thursday, when he’s scheduled to testify before the Senate Judiciary Committee. The FBI did not respond to multiple requests for comment by The Washington Times about its loss of public trust.

A Rasmussen poll released earlier this year shows public support for the FBI has plunged. The survey found that 47% of likely U.S. voters have an unfavorable view of the bureau, including 26% who have a “very unfavorable” impression.

Another 46% of voters who participated in the poll said they view the FBI as President Biden’s “personal Gestapo,” and 50% said the FBI is influenced by the president.

That lack of confidence is reflected in jury rooms across the country. The number of convictions in FBI-led investigations has dropped by 4% over the past five years, and 14% over the past 10 years, according to data from Syracuse University.

Kevin Brock, a former FBI assistant director of intelligence, said the erosion of public trust is the “inevitable legacy” of former FBI Director James B. Comey and Deputy Director Andrew McCabe. He said accusations that they mishandled the Trump-Russia probe and the investigation into Mrs. Clinton’s use of a private email server have given rise to public suspicion of the bureau on both sides of the political spectrum.

The allegations raised against the bureau this summer have revived complaints of top bureau officials’ partisan ties and other embarrassments from the Trump era.

The stunning allegations were brought to Mr. Grassley by current and former “highly credible whistleblowers” within the FBI, who said agents conspired to discredit the probe against the president’s son.

The agent in charge of the probe, Timothy Thibault, also has come under fire for alleged partisan social media posts, including retweeting anti-Trump groups and criticizing Republicans.

GOP lawmakers are in an uproar over the allegations. Sen. Ron Johnson, Wisconsin Republican, accused the FBI on Sunday of extreme political bias and accused Mr. Wray — who was appointed by Mr. Trump — of slow-walking the Hunter Biden investigation.

“I’m not shocked, but it’s outrageous the FBI would be tipping the scales of justice the way they’re doing,” he said in a Fox News interview.

“I have no faith in Christopher Wray conducting this investigation, but it’s important that the American public understand the FBI had Hunter Biden’s laptop in December 2019. They certainly saw the evidence of what I think is criminal activity on that laptop,” Mr. Johnson said.

The latest allegations follow two weeks of humiliating testimony in the trial of Mr. Sussmann, who was acquitted in May of lying to the FBI about his ties to the Clinton campaign when he offered up a false tip about the Trump Organization’s ties to Russia.

It came out during the trial that FBI leaders concealed from field agents that the probe was spurred by information provided by the Clinton campaign. An agent testified that a “typo” led other agents to believe the anti-Trump allegations were based on a referral from the Justice Department, not from a Clinton campaign lawyer.

That same agent also testified under oath that he’s under an internal FBI investigation for withholding key evidence in the Trump-Russia probe.

As the bureau tries to navigate away from political scandal, a series of self-inflicted wounds have emerged, raising questions of competency.

A group of 90 women, including several U.S. Olympic team gymnasts, has filed a $1 billion lawsuit against the FBI for its botched its investigation into former Team USA doctor Larry Nassar, allowing him to continue to sexually abuse them.

The Justice Department released a report that found USA Gymnastics contacted the FBI twice about Nassar, but the FBI did not take any action. Nassar abused about 70 women and girls between the time the FBI was first told of the allegations in July 2015 and December 2016, when he was finally arrested.

The FBI has also come under fire for failing to follow up on a tip about mass shooter Nikolas Cruz in 2018. Roughly six weeks after the tip, Cruz fatally shot 17 students and injured more in a massacre at Marjory Stoneman Douglas High School in Parkland, Florida.

“It’s not helping,” Mr. Brock said of the recent spate of black eyes for the bureau. “Parkland was a horrible FBI breakdown in processes, and the gymnast case was a real failure on the part of the FBI. Those things might have less of an impact a few years ago as isolated mistakes, but in this environment, everything the FBI does is now being amplified by both sides of the political spectrum for leverage.”

The former agents said it will take major overhauls to win back the public’s confidence.

Mr. Brock called on the FBI brass to be more transparent in politically tinged cases to prevent second-guessing and figure-pointing by lawmakers and the public.

He said the bureau should acknowledge when agents are working on major cases like the Hunter Biden probe and make a public pledge to rigorously document that bureau procedures were followed. He said increasing transparency is a high-wire act, because the bureau needs to keep mum about witnesses and evidence, but it will pay off in the long run.

“No one is saying increasing transparency is easy, but the risk is that there will be a substantial loss in confidence, and the FBI will become ineffective,” he said.

Mr. Schiliro said Congress should stop making the FBI director a politically appointed position and instead have the person appointed by a bipartisan panel for a 10-year term.

“As long as we have politically appointed FBI directors, their loyalty becomes more political than to the FBI as an institution. It needs to be independent,” he said.