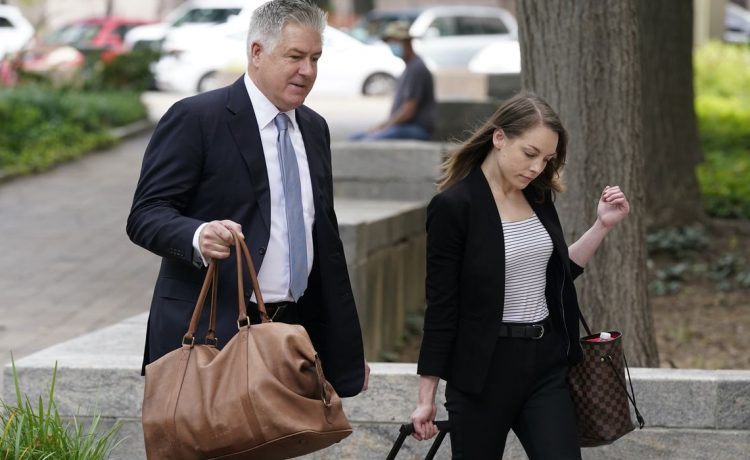 Former Trump adviser Stephen K. Bannon’s legal team on Tuesday requested the judge delay his criminal contempt of Congress trial as they tussled with prosecutors over the admissibility of key pieces of evidence.

Final jury selection and opening statements were slated to begin early Tuesday. The proceedings, however, became mired in a back and forth over court-ordered redactions to correspondence from the House Jan. 6 committee to Mr. Bannon, which the defense previously sought to exclude.

Mr. Bannon is on trial for criminal contempt of Congress after defying the Jan. 6 committee’s demands for documents and deposition in its probe of the Jan. 6, 2021, riot at the Capitol.

The specific redactions ordered by U.S. District Judge Carl Nichols concerned Mr. Bannon’s claims of executive privilege which Mr. Bannon argues were still in question at the time he was scheduled to appear before the committee.

At issue are possible redactions to the committee’s letters referring to Mr. Bannon’s claim of executive privilege, a legal precept that shields from disclosure the deliberative process at the White House.

Evan Corcoran, one of Mr. Bannon’s lawyers, told the judge that the dispute over the redactions to the letters opened a “seismic shift” in the defense’s understanding of admissible evidence in the case.

Mr. Corcoran requested that the judge delay the trial for a month to give the defense time to reconfigure their argument.

“There are a lot of moving pieces in what the advisable evidence will be,” Mr. Corcoran told the judge.

Mr. Nichols denied the defense’s request to delay for a month but said he would consider a shorter delay and would have a final decision later Tuesday.

Mr. Bannon, 68, has pleaded not guilty to the two counts of contempt of Congress. He could spend up to two years behind bars if convicted on both counts.

Mr. Bannon, who hosts the news and opinion broadcast “War Room: Pandemic,” insists the charges against him are politically motivated and the Democratic-controlled committee has conflicts of interest in discrediting Republicans.

His legal team requested a delay in his trial last month in light of the “media blitz” surrounding the House committee’s hearings spanning June and July to unpack findings from its nearly yearlong investigation into the Jan. 6, 2021, riot at the Capitol.

The committee plans to hold its final hearing in the series with a prime-time TV event Thursday, which could overlap with Mr. Bannon’s trial.

Before the trial commenced, Mr. Corcoran said the fanfare infringes on his right to a fair trial unblemished by outside findings and presuppositions formed from the public hearings. Mr. Corcoran also said that several of the findings produced by the committee in the hearings specifically referenced Mr. Bannon and matters material to his case without allowing him to respond.

Out of dozens of potential jurors interviewed in the courtroom on Monday, roughly three said they were not aware of the House Jan. 6 committee. The jury pool included family and friends of Democratic staffers on Capitol Hill, scores of eager consumers of left-leaning news media and at least one resident of the District of Columbia who acknowledged he already knew Mr. Bannon was guilty.