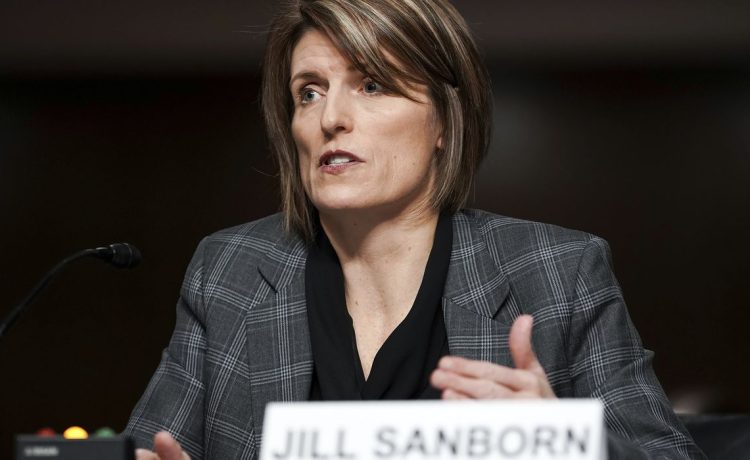 A former top FBI official has backed out of scheduled testimony with the House Judiciary Committee to address claims that the Biden administration pressured agents to label cases as domestic extremism or white supremacy, the panel’s top Republican said.

Jill Sanborn, former assistant director of the FBI Counterterrorism Division and executive assistant of its National Security Branch, was scheduled to sit down for a transcribed interview with members of the Judiciary Committee on Friday.

However, the committee’s ranking Republican, Rep. Jim Jordan of Ohio, said in a letter late Thursday that Ms. Sanborn backed away at the last minute from her commitment to testify. She had agreed in October to appear before the panel.

In a letter to Ms. Sanborn’s attorney, Mr. Jordan said her decision gives “rise to concerns about your stated intentions to willingly cooperate.” He said lawmakers will have no choice but to subpoena her once Republicans take control of the House next month if she continues to decline.

“Although your current attorney has professed that you have ‘sought to cooperate with our oversight,’ your actions over the past four months show a pattern of obstruction and a failure to take accountability for your actions,” Mr. Jordan wrote. “Your decision leaves us little choice but to consider compulsory process to obtain your testimony early in the 118th Congress.”

A lawyer for Ms. Sanborn did not immediately return a request for comment.

Mr. Jordan said Ms. Sanborn backed out after she sought legal guidance from the Justice Department and Democrats on the Judiciary Committee.

“We reiterate that to the extent that the [Department of Justice] or FBI is or has been preventing your ability to respond to our request in a timely and comprehensive manner, we will examine these facts during your transcribed interview,” Mr. Jordan wrote. “Simply put, although the department and FBI likely would not welcome your testimony, your decision to voluntarily appear for a transcribed interview is your decision and yours alone. You have chosen not to do so.”

An FBI whistleblower said this year that Ms. Sanborn was among those in the FBI who allegedly pushed agents to reclassify cases to meet internal bureau metrics, in order to make the threat from right-wing and supremacist groups seem larger than was the case.

Committee Republicans responded by sending a letter to Ms. Sanborn asking her to explain what happened, saying it’s critical to their investigation into “the politicization of the FBI.”

Current and former FBI agents told The Washington Times last month that top bureau leaders “have already determined that white supremacy is a problem” and are reclassifying cases to fit that narrative.

“We are sort of the lapdogs as the actual agents doing these sorts of investigations, trying to find a crime to fit otherwise First Amendment-protected activities,” one whistleblower told The Times. “If they have a Gadsden flag and they own guns and they are mean at school board meetings, that’s probably a domestic terrorist.”

The FBI has denied targeting groups or people based on their political views, and says it focuses only on those “who commit or intend to commit violence and criminal activity that constitutes a federal crime or poses a threat to national security.”