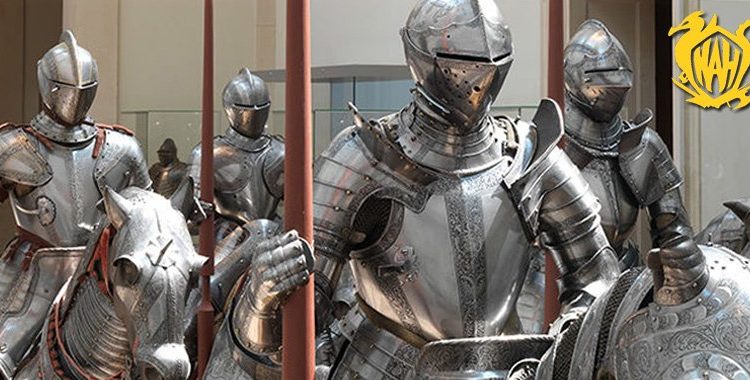 Antique arms and armour is an area of history which has largely been kept at arms length from not only the public as a whole, but even the most avid of museum explorers. However now, with the introduction of NFT technology and the opportunity to view assets in high-quality digital form, ‘The Knights Who Say Nah,’ a company committed to the protection and prevention of the world’s largest private collection of arms, armour and other rare artefacts, is prepping to inaugurate such assets onto the blockchain.

The collection in question consists of over 6,000 pieces, which have been found across 50 countries, with some reported to be over 6,000 years old. The collection includes the famed Harriet Dean Alexandria Sword that went missing for 72 years, an authentic Ulfberht sword which was recently featured on the ‘Assassin’s Creed Valhalla’ video game, and an array of other esteemed artefacts that were previously unavailable for public viewing.

A portion of the 6,000 assets will make their first public display at the highly anticipated NFT.NYC event on June 22nd, via an exclusive preview hosted by ‘The Knights Who Say Nah’ at ‘The Explorers Club’ exhibit. In addition to feasting their eyes on the never-before-seen artefacts, attendees will also be able to join the guaranteed mint allowlist for the upcoming ‘The Knights Who Say Nah’ NFT collection.

The collection will initially feature PFP-style art which depicts different groups of ancient warriors, which will then be followed by the launch of a cutting-edge collection that features digital 3D renderings of some of the artefacts.

Although the launch dates of both collections are still TBA, what is known is that the mint’s proceeds will go towards supporting and purchasing more historical artefacts, which can then be showcased in museums and cultural institutions across America.

In doing so, more avenues for creating NFT counterparts and Web3-centric educational projects will be on offer, which will ultimately help ‘The Knights Who Say Nah’ democratise the wonders of ancient battles to an even greater capacity.