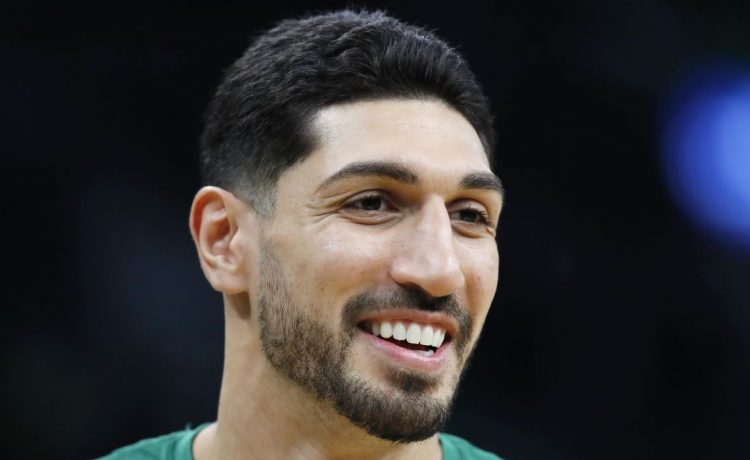 Enes Kanter Freedom, the NBA’s resident China critic, says he will soon launch a foundation that will fight for civil rights in countries like China and Turkey.

The 11-year journeyman center says the Enes Kanter Freedom Foundation will occupy him full-time, now that he’s given up on playing in the NBA again. He is set to launch the nonprofit Thursday at a press conference on Capitol Hill, where he has enjoyed vocal support from conservatives.

“A lot of people like to ask me if I’m a Republican or a Democrat, but I don’t want to take a side,” Freedom, 30, told The Washington Times. “I’m for truth and justice. I have to speak up for what’s right even if it means sacrificing everything I have.”

He confirmed that no teams have approached him since the Houston Rockets waived his contract after acquiring him from the Boston Celtics in February.

His frequent, outspoken criticisms of the league’s close business ties to China and of the communist regime’s human rights violations have won him the praise of conservatives, as well as appearances on Fox News and a speech at the Conservative Political Action Conference.

“I believe the NBA is the most hypocritical organization in America and I do believe I’m being blackballed. If I spoke only about Turkey and not China, I’d be playing in the league right now,” he said in an exclusive interview.

The NBA did not respond Wednesday to a request for comment.

In February, the league emailed a statement to The Times denying that it orchestrated his waiver.

“We continue to support Enes Kanter Freedom expressing his views on matters that are important to him as we do for all members of the NBA family,” the statement reads. “The NBA league office had no involvement in these team roster decisions involving Mr. Freedom.”

Mr. Freedom scoffed at the statement.

His game sneakers displaying political messages and his viral Twitter videos calling out China’s President Xi Jinping as a “heartless dictator” for his treatment of Muslim Uyghurs and Tibetan Buddhists led Chinese television to ban all Celtics games in October.

While a Chinese official said the big man’s claims were “not worth refuting,” Mr. Freedom slammed the NBA and league star LeBron James in interviews throughout the season for profiting from Chinese forced labor in sneaker endorsements.

Mr. Freedom says he believes the blackout of Celtics games cost the league “millions of dollars.”

He will share his criticisms of communist China during next week’s closing banquet of the International Religious Freedom Summit, a gathering of more than 40 advocacy groups in Washington.

Born in Switzerland to Turkish parents, Mr. Freedom has lost his citizenship in Turkey, where his father was once jailed for speaking out against the government. He added “Freedom” to his name after becoming a U.S. citizen in November.