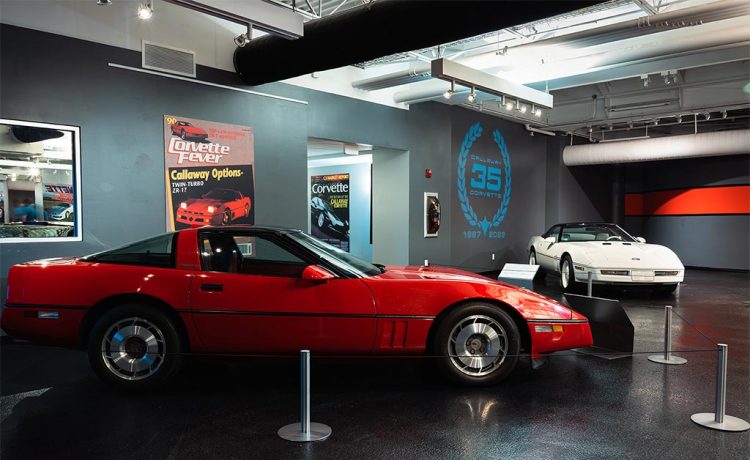 Reeves Callaway of Callaway Cars first gained notoriety in the automotive aftermarket in the late 1970s for his turbocharger kits for the BMW 320i. Turning his attention to other vehicles, his turbo kit for the Alfa Romeo GTV6 caught the eye of Corvette Chief Engineer Dave McLellan. Dave had just greenlighted the development of the DOHC LT5 and the ZR1, but with several years anticipated to get the project up and running, he authorized Callaway to produce a twin-turbo engine option known as B2K.

The B2K twin-turbo engine upgrade boosted performance from the stock 240 hp to 345 hp and 465 lb-ft of torque (by the end of the B2K program, the horsepower would increase to 403 hp). The package was the first time a third-party company was authorized to use a Regular Production Option as an engine option and ordered cars were sent to Callaway’s facility in Old Lyme, CT for conversion before being sent back to the dealership for delivery.

The B2K program would run from 1987 to 1991 with just over 500 Callaway Corvettes produced. In 1992, Callaway went to work on the new LT1 small blocks, and instead of a turbo set-up, the new “SuperNatural Corvettes” utilized increased displacement and a host of engine improvements for horsepower gains. The SuperNatural line-up would eventually be expanded to the LT5 ZR1 engines which saw power increases up to 490 hp.

Over the years, Callaway would showcase a number of important models and upgrades. We will always remember reading the first time about Callaway’s Sledgehammer which set the record for street-legal cars with a timed speed of 254.76 mph in 1988. Reeves also went racing with his cars as his C12 model raced at Le Mans and he even won Pole Position with the car in 2001.

When the C6 Corvette came out in 2005, Callaway went back to the shop and came out with a supercharged package called the SC560 and that would grow into the SC580 with the release of the 430-hp LS3 V8 engine in 2008. A version was also offered for the 7.0-liter LS7 V8 for the Z06 which boosted power to 652 horsepower. The company would celebrate the 25th Anniversary of the B2K program in 2012 with the release of 25 Anniversary Edition Cyber Gray Grand Sports which delivered 620 horsepower. 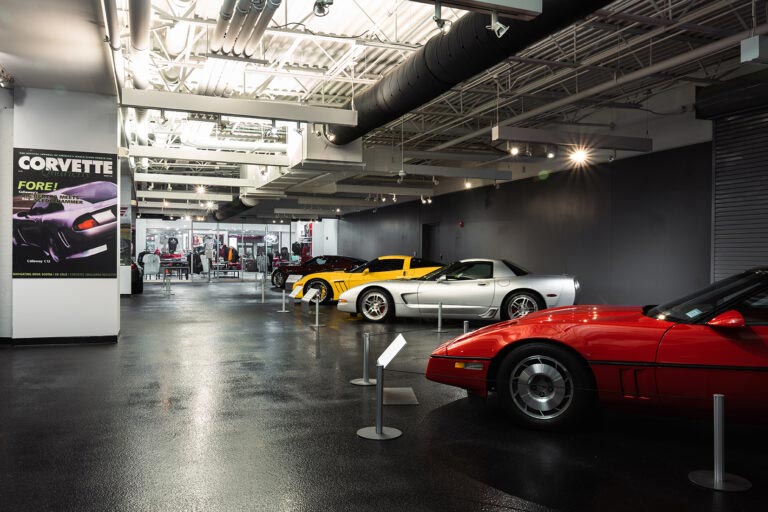 The C7 Corvette ushered in Callaway’s GenThree Triple-Cooled supercharger system giving the C7 Stingray 627 horsepower while the 650-hp Z06 was boosted to 757 horsepower and 777 lb-ft of torque. Callaway’s go-fast parts weren’t just limited to the Corvette. Now, Chevy and GMC truck owners could also get the Callaway treatment.

Now that the C8 Corvette is here, Callaway is offering a 35th Anniversary B2K edition which offers customizations to the car but no engine upgrades. Those versions are coming soon as Callaway is now testing their supercharger system on the C8 Stingray’s LT2 V8.

The Callaway exhibit at the National Corvette Museum celebrates the “Powerfully Engineered Automobiles” built over the last 35 years. The exhibit runs through February 2023.