Families of Jan. 6 rioters demand justice in rally outside Capitol 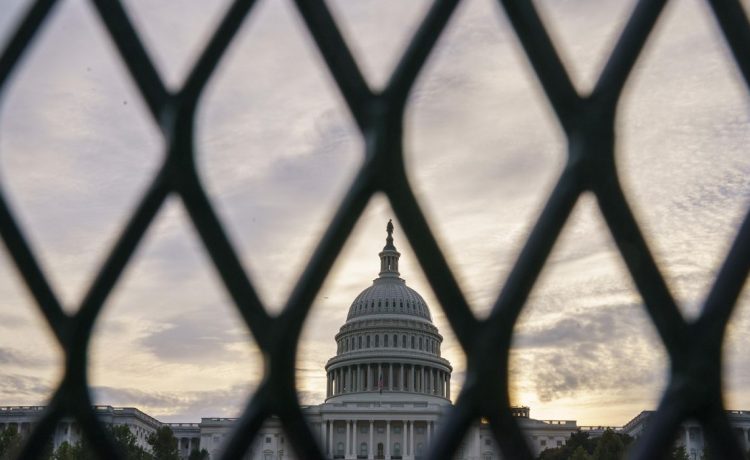 Families of Jan. 6 prisoners rallied near the site of the 2021 Capitol riot on Saturday to promote fair trials and justice for defendants they’ve deemed political prisoners.

The rally brought dozens of supporters from across the country to speak out against what they see as unfair treatment of those charged in connection to the Capitol riot. Several speakers, including the mother of Ashli Babbitt, called out the political persecution of supporters of former President Donald Trump and the broader conservative movement.

Ms. Babbitt, an Air Force veteran and Trump supporter, was shot and killed by a Capitol Police officer when she and others tried to break through a set of doors and windows leading to the House chamber.

Ms. Babbitt’s mother, Micki Witthoeft, called out judges handling cases related to the Capitol riot as being biased and unfair.

“This city is toxic,” Ms. Witthoeft said. “We have judges standing up there and saying that everybody there was the antithesis of a patriot that day. How would they know? Listening to these judges talk, they don’t know things they should know. They’re very uninformed, very biased people. They should recuse themselves because they are evil.”

The rally, dubbed Solidarity Truth Rally, was billed to be the largest protest advocating for Jan. 6 rioters to date.

Several other parents of jailed rioters spoke at the rally, calling for trials that take place outside of Washington and more scrutiny on how the defendants have been treated in jail.

“Washington DC is 96% Democrats. Maybe 3-4% voted for Trump. Washington has a negative impression that anybody who participated in Jan. 6 is an insurrectionist and a lunatic. There’s no way possible that you can find a jury trial that is unbiased against Jan. 6,” said Ned Lang, who traveled to the rally from New York.

Mr. Lang’s son, Jake, faces multiple felony charges, including an accusation that he assaulted police officers with a baseball bat during the riot. He is currently jailed in Alexandria, Virginia outside of Washington.

Steven Corson of Arizona, who came to the Capitol on Jan. 6, said the perception of wrongdoing on that day has been overblown and distorted.

“There were millions of people at the Capitol who never did anything wrong,” Mr. Corson said.

Mr. Corson also claimed that those who have been charged are intentionally being mistreated for political purposes and their support for former President Donald Trump.

“Many of them are being severely mistreated and they’re being thrown in solitary confinement for a long time. That’s torture,” he said.

A counter-protest took place across the street chanting charges of fascism to the protesters at Saturday’s rally.

The Justice Department has arrested over 850 individuals in connection to the riot. More than 300 defendants have pleaded guilty.

The Democrat-led House select committee investigating Jan. 6 will hold a hearing next Wednesday.

Rep. Bennie Thompson, Mississippi Democrat who chairs the committee, said it’s likely the last hearing, but that that was not “set in stone.”

Little has been released about the specifics of the topics or whether they’ll be any in-person witnesses.