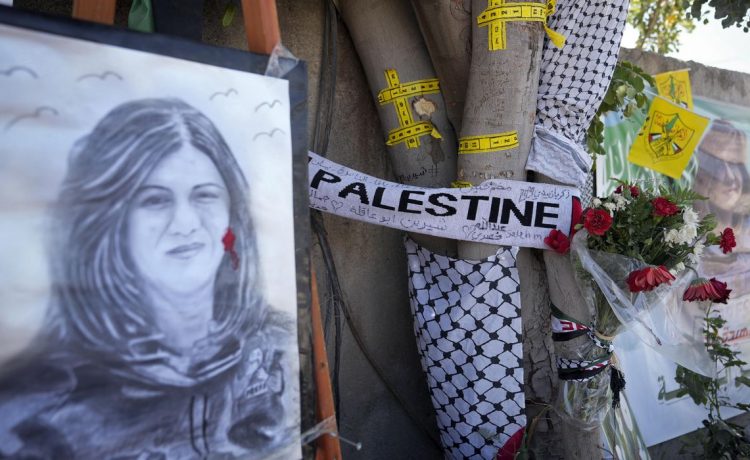 VATICAN CITY — The family of Palestinian-American journalist Shireen Abu Akleh, who was shot dead in the West Bank last spring, again called for an independent investigation after briefly meeting Pope Francis during the general audience Wednesday.

Palestinian officials, Abu Akleh’s family and news network Al Jazeera accuse Israel of intentionally targeting and killing the 51-year-old journalist. She was wearing a helmet and a protective vest marked with the word “press” when she was shot last May in the occupied West Bank. Israel has acknowledged that Israeli fire probably killed Abu Akleh, but vigorously denies allegations that a soldier intentionally targeted her.

Abu Akleh’s niece Lina Abu Akleh said she hoped the Pope would put pressure on the U.S. and other states to independently investigate the killing and bring her family justice.

“That’s why we are here, to demand and to call on people to continue to fight for justice,” she said.

The niece and her parents, Anton and Lisa, shook hands with the pope during the audience and later planned to attend a Mass in Rome in Shireen Abu Akleh’s memory. The family recently met with U.S. Secretary of State Antony Blinken and has filed a complaint with the International Criminal Court seeking justice for her killing.

A series of investigations by international media organizations, including The Associated Press, have found that Israeli troops most likely fired the fatal bullet. The United States concluded that an Israeli soldier likely killed her by mistake, but it did not explain how it reached that conclusion.