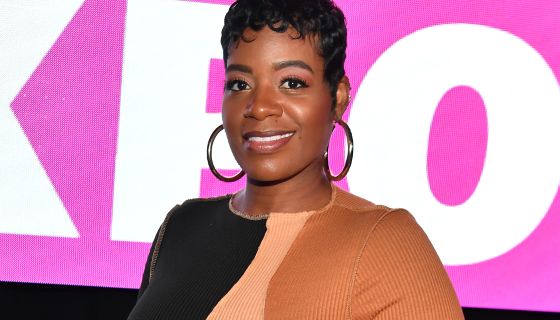 The Grammy-winning singer beamed with joy in viral videos where she celebrated her new pretty poodle sisterhood.

“Y’all have no idea how long I been waiting to share this news!! she wrote on Instagram. “I’ve officially been inducted as an Honorary #SigmaGammaRho 💙🐩💛. #D9 #sorority #prettypoodle THANK YOU… I am overjoyed.”

Surrounded by sorors, ‘Tasia had a timeeee in her new blue and gold paraphernalia that will surely grow over time.

And yes, she ate up the SGRho’s famed ‘Shake That Monkey’ stroll that sent fans into a frenzy.

“There’s a lot of energy, a lot of happiness, said Rasheeda S. Liberty, International Grand Basileus, in an interview with Forbes.

“There’s an excitement growing in the sisterhood. We’ve built an extreme amount of confidence for the great work that we’ve done for the last 100 hundred years as a self-sustaining organization of predominantly women of color. We’re just extremely excited for this wonderful time in Sigma Gamma Rho’s history.”

What was your reaction to ‘Tasia’s big announcement? Tell us down below and peep the Twitter hysteria over the American Idol joining SGRho on the flip.