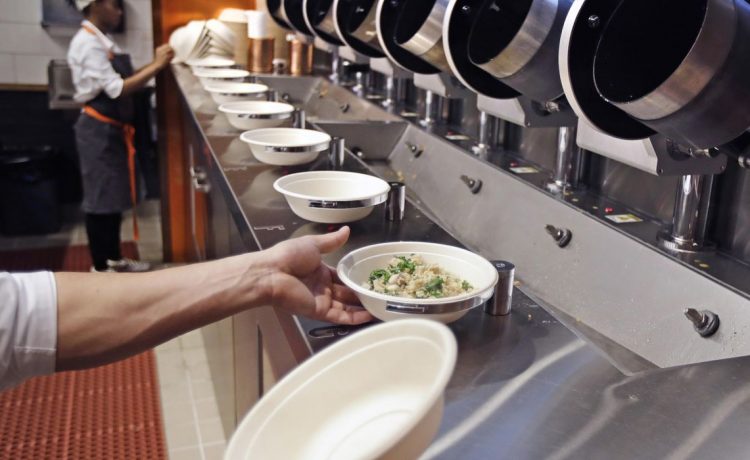 Miso Robotics, maker of the Flippy 2, which handles fries, wings, and onion rings, and the Sippy, which deals with beverage orders, is making a new machine called the Chippy, specifically for frying tortillas, for the Chipotle chain.

The Chippy will debut in a California location next month.

The original Flippy, as the name would suggest, flipped burgers; the Flippy 2 was pivoted towards frying after it became apparent that the frying stations caused more backups in restaurants.

“When an order comes in through the restaurant system, it automatically spits out the instructions to Flippy,” Miso Robotics CEO Mike Bell explained to Reuters.

“White Castle was the first large brand to embrace our technology and we are thrilled that our Flippy pilot made such a positive impact on their operations that they want to integrate 100 more,” said Mr. Bell.

In April, the fast food chain Jack in the Box started a pilot program of the Flippy 2 and Sippy.

“We are looking forward to testing Flippy 2 as our new hire at our San Diego location,” said Tony Darden, chief operating officer at Jack in the Box.

In May, chicken chain Wing Zone announced that Flippy 2’s would be standard at all new locations.

The Chippy ordered by Chipotle will be coming to a Fountain Valley, California, location after several months of testing at a Chipotle “innovation center” in Irvine, California.

Mr. Bell predicts workers will welcome robots that will allow them to pivot to other tasks and reduce gridlock in the kitchen.

“The tasks that the humans are most happy to offload are tasks like the fry station … They’re delighted to have the help so they can do other things,” Mr. Bell told Reuters.