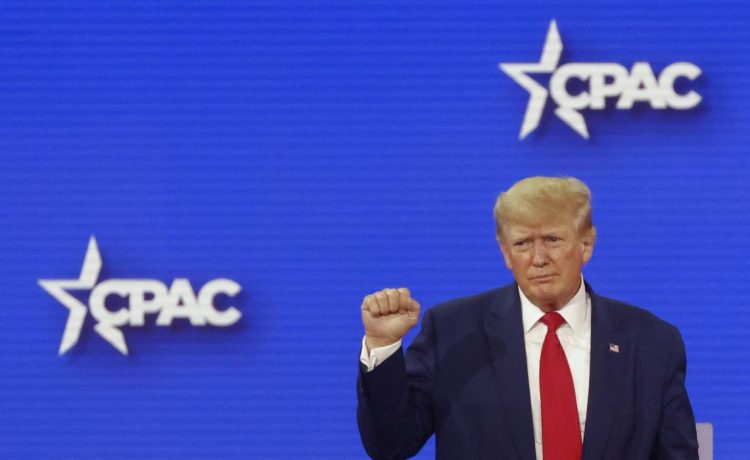 Political prognosticators said the raid on former President Donald Trump’s Florida home will turn the former president into a “martyr,” though in the near term some of his political opponents seem to be benefitting more than Mr. Trump.

Republican lawmakers have rallied to Mr. Trump in the wake of the FBI’s action on Monday, which reportedly concerns a search for documents that he was supposed to have turned over to the National Archives when he left the White House.

House GOP lawmakers say if they capture control of the chamber in November they will investigate the FBI and Justice Department. House Minority Leader Kevin McCarthy instructed Attorney General Merrick Garland to “preserve your documents” in preparation for the probe.

Analysts say they expect rank-and-file GOP voters, and perhaps others, to share Republican lawmakers’ skepticism of such an unprecedented action against a former president amid a heated campaign season.

“An FBI raid against an ex-president, who brought unprecedented prosperity and no new wars, is a cheap shot typical of banana republics,” wrote Raghavan Mayur of tippinsights, an offshoot of the TIPP Poll. “If history is an indication, making Trump a martyr will only strengthen him, the opposite of the outcome the left has wanted for the past seven long years.”

Oddsmakers did slightly dim the former president’s chances in 2024, though the GOP overall remains the more likely victor, with Florida Gov. Ron DeSantis gaining ground overnight as news of the FBI’s operation spread.

SportsBetting puts Mr. DeSantis at the top of not only the GOP primary field, but also the top candidate to win the White House, followed by Mr. Trump. President Biden trails in third place.

Mr. Trump was quick to capitalize on the FBI’s raid, sending out a fundraising plea to supporters asking them to “rush a donation” to show they “stand with me against this neverending witch hunt.”

“Nothing like this has ever happened to a President of the United States before, and it’s important that you know that it wasn’t just my home that was violated – it was the home of every patriotic American who I have been fighting for since that iconic moment I came down the Golden Escalators in 2015,” Mr. Trump wrote in the email to supporters.