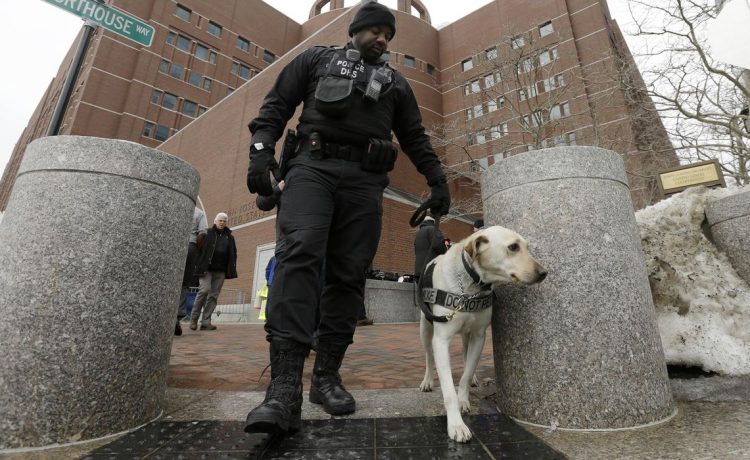 Dogs may be man’s best friend, but men aren’t always the best friends back — at least when it comes to Uncle Sam.

A new audit by the Government Accountability Office says some federal agencies skimp on policies for how they treat the working canines they use to carry out their missions.

Eighteen federal offices that use dogs don’t have specific standards in place to govern cases of abuse or neglect. Nine agencies lacked policies on how much exercise dogs should get. One even lacked standards for food and water for its dogs.

That’s not necessarily to say that animals are being abused, investigators said, but it does make it tougher to evaluate treatment and hold handlers accountable without having clear guidelines to abide by.

“Comprehensive policies can clearly articulate standards and delineate responsibilities and, in doing so, help management ensure that important activities, such as providing routine medical care or processing dogs at retirement, are carried out according to established standards,” the audit said.

GAO compiled a list of 18 different areas of care and treatment for government dogs and looked at how 40 agencies match up.

Nine agencies had policies covering all 18 areas of dog health and welfare, and nine more covered all but one area.

But some agencies only had policies for 10 or 11 of the areas.

GAO said all 40 agencies had policies governing dogs’ routine medical care, and nearly all had policies on food and water, housing and retirement.

But only slightly more than half of agencies had specific policies to address abuse and neglect, and less than half had policies governing how long dogs could remain on duty in any one shift.

Some agencies said their regular employee misconduct policies were good enough to cover abuse or neglect of dogs. But the GAO said that’s not enough.

“By developing policies that address all 18 of the issues that GAO identified, federally managed working dog programs can better ensure that they adequately provide for the health and welfare of their working dogs,” auditors said.

One, the U.S. Army’s contract at Fort McCoy in Wisconsin, didn’t have policies for any of the 18 areas GAO identified.

But others like the Park Police and U.S. Marshals Service covered all 18 areas.

“It is incumbent that every federal agency that works with dogs, from the Department of Defense to the Department of Homeland Security, rectifies any lagging policies to ensure that the dogs under their care are protected and treated humanely,” she said in a statement. “They deserve nothing less.”

Homeland Security dominates the field with nearly 3,000 dogs. The Transportation Security Administration and Customs and Border Protection account for most of those.

Dogs are chiefly used for detecting explosives, drugs or people. But the Agriculture Department keeps dogs to sniff out bird feces or carcasses to try to detect avian flu, and the National Park Service maintains sled dogs in Alaska.

The Air Force, for example, has a housing policy laying out routine inspections, ventilation, temperature and noise levels. And Veterans Affairs had a policy requiring rest periods for working dogs.

Daphna Nachminovitch, vice president of cruelty investigations at People for the Ethical Treatment of Animals, said that if dogs are going to be used, they deserve good care and the prospect of a peaceful retirement.

“Until now, agencies have been left to regulate themselves, resulting in such cases as the sheriff’s deputy in Georgia who let three dogs die of heatstroke and confined his assigned K-9 to a squalid, feces-littered pen,” she said.

“This report is a good start, and PETA is calling on agencies to implement its recommendations immediately in order to ensure that working dogs are cared for and protected throughout their lives,” she said.

GAO, in its report, urged agencies to adopt policies for all 18 areas of animal care.

An exception was the Energy Department, where officials said they would review their policies but wouldn’t commit to enshrining all 18 areas of treatment.

“DOE will evaluate the 18 issues GAO identified as important to the health and welfare of working dogs to determine their applicability to DOE’s Canine Program and will issue a policy clarification to address those areas DOE determines are applicable,” wrote Todd N. Lapointe, acting director of the department’s office of environment, health, safety and security.

Of three Energy Department agencies covered by the GAO’s report, one did have standards for all 18 areas of care.