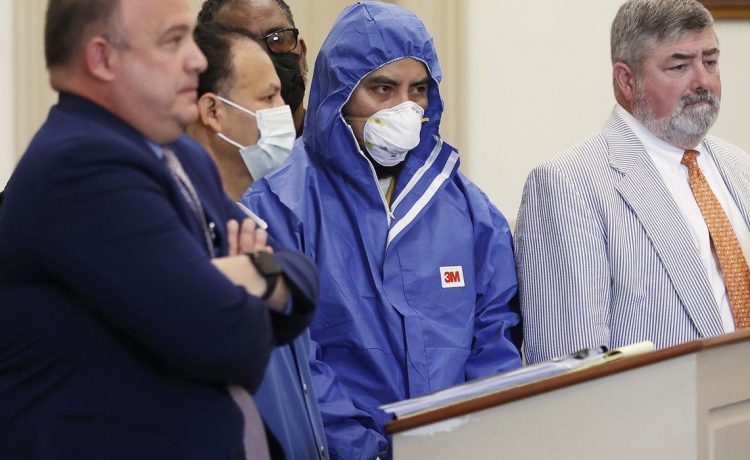 RICHMOND, Va. (AP) — A judge dismissed state gun charges Wednesday against two men who police said planned a Fourth of July mass shooting in Virginia’s capital after charges were filed against the men in federal court.

Neither man has been charged specifically with planning a mass shooting.

Julio Alvarado-Dubon and Rolman Balcarcel-Bavagas, both Guatemalan immigrants, were charged in state court last month with possession of a firearm by a non-U.S. citizen. Richmond police held a news conference to announce that they had thwarted a July Fourth mass shooting planned by the men. The news conference was held just two days after a deadly mass shooting on the holiday in a Chicago suburb.

Chief Gerald Smith said then that a “hero citizen” contacted police after overhearing a conversation indicating there was an attack being planned on an Independence Day celebration in Richmond. The caller said the attack was planned for the Dogwood Dell Amphitheater, where an annual fireworks show is held, Smith said.

“These are two illegal aliens with guns so we wanted them prosecuted at the highest level possible,” McEachin said.

Alvarado-Dubon was charged Tuesday in federal court with possession of a firearm by a non-U.S. citizen. An affidavit filed in support of the criminal complaint against Alvarado-Dubon said he last entered the U.S. in 2014 and had overstayed his visa by more than seven years. His attorney, Jose Aponte, said he is scheduled to be arraigned Friday in U.S. District Court. Aponte declined to comment on the case.

During a hearing in Richmond General District Court Wednesday, Judge David Hicks asked a state prosecutor if there was any evidence that the mass shooting was planned for Dogwood Dell, the location Smith had cited.

Assistant Commonwealth’s Attorney Clint Seal said there was evidence of a planned shooting, but not at a specific location.

Hicks said he raised the issue because two of his sons were at Dogwood Dell on July Fourth. He said if there was evidence the shooting was planned for that location, he would have a conflict of interest and would need to recuse himself from the case.

No details about the alleged shooting plot have been included in documents filed in state or federal court, and police have not revealed any motive.

A search warrant affidavit filed in state court said that after police received the tip, they contacted Homeland Security, then went to a home in Richmond, where police said both men lived. Officers seized two assault rifles, a handgun and hundreds of rounds of ammunition.