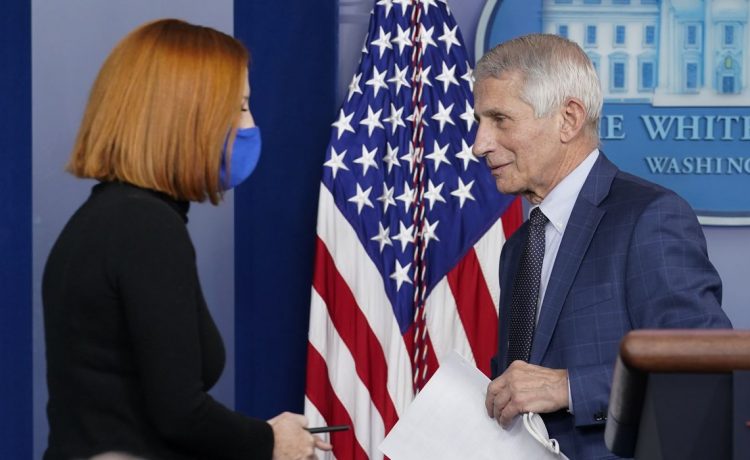 Judge Terry A. Doughty said Dr. Fauci’s emails prove that he was “acting as an intermediary for others in order to censor information” from being shared.

“After reviewing the Plaintiffs and the Defendants’ arguments, the Court finds that Plaintiffs have proven that Dr. Fauci has personal knowledge about the issue concerning censorship across social media as it related to COVID-19 and ancillary issues of COVID-19,” Judge Doughty wrote Friday.

Judge Doughty granted the request in a lawsuit at the U.S. District Court for the Western District of Louisiana from Louisiana and Missouri’s attorneys general and people whose online speech was allegedly affected.

The judge issued similar orders on Friday for Ms. Psaki and officials from the White House, FBI, Cybersecurity and Infrastructure Security Agency, State Department, and the Centers for Disease Control and Prevention.

“It is high time we shine a light on this censorship enterprise and force these officials to come clean to the American people, and this ruling will allow us to do just that,” Mr. Schmitt said in a statement on Friday. “We’ll keep pressing for the truth.”

Dr. Fauci and the National Institute of Allergy and Infectious Diseases he directs did not immediately respond to requests for comment. Previously, NIAID has said it does not comment on litigation.