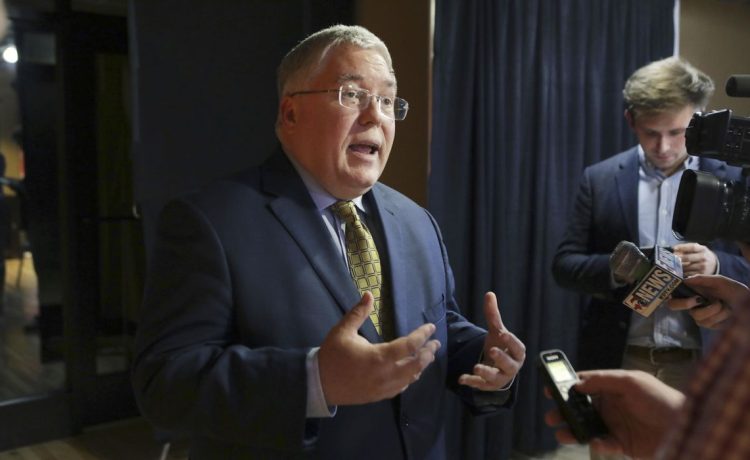 A federal judge upheld Thursday a 2021 West Virginia law barring biological males from girls’ and women’s sports, ruling that the state legislature has the authority to issue definitions of sex, in a victory for advocates of female sports.

U.S. District Court Judge Joseph R. Goodwin ruled in favor of the state in its defense of House Bill 2393, called the Save Women’s Sports Bill, which was challenged by an 11-year-old male-born student called B.P.J. who sought to play on the girls’ track team based on gender identity.

“The state is permitted to legislate sports rules on this basis because sex, and the physical characteristics that flow from it, are substantially related to athletic performance and fairness in sports,” said Judge Goodwin in the 23-page opinion.

Eighteen states have passed such bills in the last few years.

“This is not only about simple biology, but fairness for women’s sports, plain and simple,” Mr. Morrisey said. “Opportunities for girls and women on the field are precious and we must safeguard that future. Protecting these opportunities is important, because when biological males compete in a women’s event women and girls lose their opportunity to shine.”

Alliance Defending Freedom, which represented a former West Virginia State University women’s soccer player who intervened in the case, called the ruling “a win for reality.”

“The truth matters, and it is crucial that our laws and policies recognize that the physical differences between men and women matter, especially in a context like sports,” Alliance senior counsel Christiana Kiefer said. “Female athletes deserve to compete on a level playing field.”

Attorneys for B.P.J. and mother Heather Jackson argued that the child’s rights were protected under Title IX, which bars discrimination based on sex in education, including scholastic sports, but Judge Goodwin disagreed.

“There is no serious debate that Title IX’s endorsement of sex separation in sports refers to biological sex,” the judge said.

B.P.J. began taking puberty blockers after showing signs of male puberty, and argued that she has not gained the physical characteristics associated with superior male performance in athletics, but Judge Goodwin said that’s not always the case with transgender athletes.

In addition, “there is much debate over whether and to what extent hormone therapies after puberty can reduce a transgender girl’s athletic advantage over cisgender girls.”

Attorneys for B.P.J. said that the law, which was blocked by a temporary injunction shortly after passage, would prevent her from participating in sports at Bridgeport Middle School, an argument rejected by the judge.

“Short of any medical intervention that will differ for each individual person, biological males are not similarly situated to biological females for purposes of athletics,” said Judge Goodwin. “And, despite her repeated argument to the contrary, transgender girls are not excluded from school sports entirely. They are permitted to try out for boys’ teams, regardless of how they express their gender.”

While Mr. Morrisey praised the ruling as a “big win,” the legal landscape on male-to-female transgender athletes in women’s sports remains in flux.