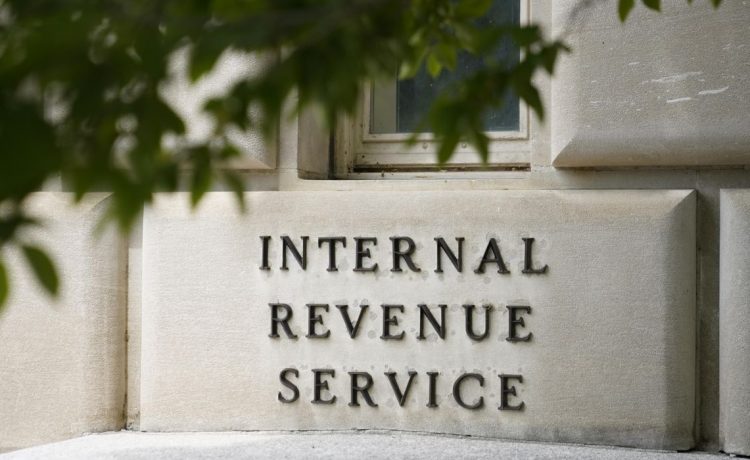 One federal official said the fact that IRS employees were involved showed the “brazenness with which bad actors have taken advantage” of the trillions of dollars the government made available during the pandemic.

The employees are all based around Memphis, Tennessee. Three have already reached plea agreements with authorities admitting to their activities, while the other two employees have been indicted.

“These individuals – acting out of pure greed – abused their positions by taking government funds meant for citizens and businesses who desperately needed it,” said Kevin G. Ritz, the U.S. attorney for the Western District of Tennessee, where the cases were all brought.

Each of the five has been charged separately.

The biggest case is for Brian Saulsberry, 46, who is charged with two counts of wire fraud and two counts of money laundering. Prosecutors say he applied for more than $500,000 in pandemic loans and walked away with $171,400. They said he spent some of the money on car payments for a Mercedes-Benz and put other cash into an investment account.

Fatina Hewitt, 35, admitted to making up information about companies she controlled to apply for nearly $340,000 in pandemic loans. Several of her requests were blocked, but she did end up collecting about $29,000. She used the money for a trip to Las Vegas and a Gucci shopping spree.

Tina Humes, 56, applied for nearly $134,000 in loans from the Small Business Administration and collected about $124,000. In a plea agreement, she admitted to spending money on trips to Las Vegas and jewelry.

Courtney Quinshe Westmoreland, 38, was indicted on three counts of wire fraud. Prosecutors said she sought $32,600 in loans and got $11,500. They also say she collected $16,050 in unemployment benefits even though she was working for the federal government at the time.

The federal government doled out more than $2 trillion in pandemic unemployment and business loan programs. Experts say they were slammed with fraud. Much of it was perpetrated by criminal syndicates, including those operating abroad.

The Washington Times has reported on a striking number of cases involving government employees, including those who worked in state unemployment agencies or at the U.S. Postal Service, and who used their posts to further their fraud.

There is no indication in the court documents that the IRS employees used their positions to gain an advantage, but authorities acknowledged it was a bad look for government employees.

“This matter demonstrates the brazenness with which bad actors have taken advantage of federal programs meant to help those who suffered most from the COVID-19 pandemic,” said Kevin Chambers, director of the Justice Department’s COVID-19 fraud enforcement effort.

The Justice Department’s announcement comes at a tricky time for the IRS, which was just granted $80 billion in new funding over the next decade. That money could go to hire tens of thousands of new employees, and critics say that’s too much power to give to an agency already under fire for its handling of taxpayers’ returns.