The Great Days > News > Feds can’t say what happened to Afghan evacuees in U.S. who were security risks, not fully vetted
News

Feds can’t say what happened to Afghan evacuees in U.S. who were security risks, not fully vetted 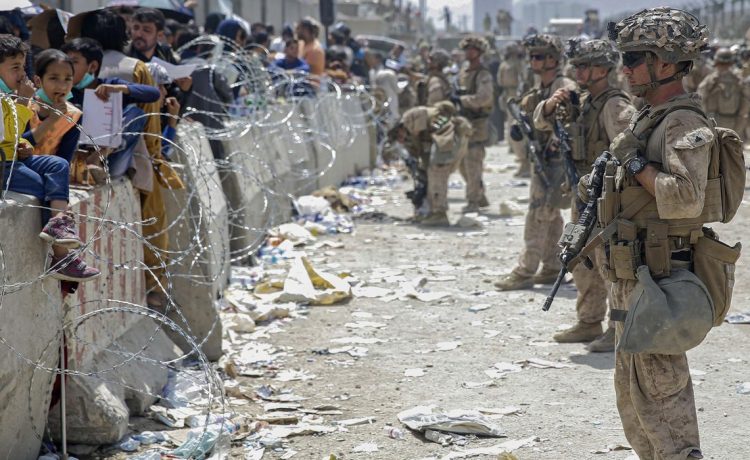 The Biden administration is still allowing Afghans to reach the U.S. without checking them through a key Defense Department database that could help weed out national security risks, according to senators.

Wednesday marks a year since the end of the final U.S. withdrawal from Afghanistan, yet lawmakers say they still haven’t gotten a full accounting of what happened in the chaos of last August — including who, exactly, made it out.

But those who are tracking the matter say there are plenty of worrying signs.

“Some of them have no IDs, some of them are created on the spot using whatever they said their name was,” one Senate investigator said. “What we know is frightening. And what we know we don’t know is absolutely overwhelming.”

As an example, he pointed to the startling number of Afghans who are now listed with Jan. 1 birthdays.

It turns out that exact birthdays aren’t such a big thing in Afghanistan, so when American authorities were vetting the tens of thousands of evacuees the U.S. pulled out in last year’s airlift, they would just assign them a New Year’s Day birthday for the year that corresponded to however old they were, congressional staffers revealed.

Then there are the unusual number of Afghans who gave their birthday as Sept. 11 — the date of the 2001 terrorist attacks that left nearly 3,000 Americans dead and sparked the 20-year U.S. war in Afghanistan.

“There are people within this population that think that’s cute,” the Senate investigator said.

Now that birthday is in government databases as their official date. Thanks to a law Congress passed, Afghans are allowed to get a Real ID-compliant identification with that fake birthday.

Analysts warned that if future information were developed outside the U.S. to finger someone as a security risk, it might no longer match up with the information on that person here.

Some 81,000 Afghans have made it to the U.S. under Operation Allies Welcome. That includes about 77,000 who were airlifted out in July and August of last year and 4,000 who have arrived since then.

Of the 77,000, a Pentagon watchdog reported earlier this year that as of November 2021, 50 of those who reached the U.S. were later found to have flagged in the Defense Department’s Automated Biometric Identification System (ABIS). That’s a key database with information taken from the battlefield — such as fingerprints found on a roadside IED or at an ISIS cave — that suggest someone was involved in nefarious activities against the U.S.

Homeland Security lacked access to ABIS, so it wasn’t checking Afghan evacuees against it.

The Defense Department, worried about having those folks at staging camps at U.S. military bases, belatedly did perform the checks and identified the 50.

Sen. Josh Hawley, Missouri Republican, revealed this summer that the number had grown to at least 66.

The Defense Department inspector general said at one point, less than 10% of those flagged “could be located.” The audit called that “a potential security risk.”

FBI Director Christopher Wray suggested to senators at a hearing in early August that his agents have been working to stop some illegal activity.

After Mr. Wray’s testimony, senators revealed that Homeland Security, which is responsible for vetting the new arrivals, is still not consistently checking Afghans through ABIS.

“They don’t have access for that for their ongoing screening for all the new evacuees and refugees being brought out of Afghanistan,” said one person familiar with a July 14 briefing the FBI gave to Senate offices.

Homeland Security didn’t answer specific questions about the status of ABIS screening but defended the checks that are done.

“Afghan evacuees undergo a multi-layered, rigorous screening and vetting process that begins overseas and is conducted by intelligence, law enforcement, and counterterrorism professionals,” the department said in response to questions.

The department said those who were flagged as risks before they arrived were blocked from entering.

Those who do reach the U.S. also undergo “recurrent vetting,” the department said, though it didn’t say what that entails.

For its part, the FBI can’t say exactly what happened to everyone who was flagged.

“We have a lot of information about where people are located. I can’t sit here right now and tell you that we know where all are located at any given time,” Mr. Wray told senators at the August hearing.

That “does not inspire confidence,” Sens. Rob Portman of Ohio, Charles E. Grassley of Iowa and James Inhofe of Oklahoma said in a joint letter to Mr. Wray on Aug. 22.

The three men, respectively the top Republicans on the Senate Homeland Security, Judiciary and Armed Services committees, said the July briefing contained important information about the Afghans that were flagged, but it’s been deemed “classified.”

“The American people deserve answers about President Biden’s decision to parole individuals into the country without adequate screening and to understand the FBI’s role in assessing and investigating these security concerns,” the senators wrote.

The airlift was billed as a chance to rescue allies who had assisted America’s 20-year war effort.

Homeland Security says roughly half of the 81,000 who’ve made it here are believed to qualify for the special visa that covers Afghan allies.

Still others are Afghan relatives of U.S. citizens and legal permanent residents. And some evacuees were part of pro-civil society efforts, but not specifically tied to the U.S. military.

But some had no real ties to the U.S. at all but were just lucky enough to get through the Taliban’s cordon around the airport in the weeks before the final withdrawal, investigators said.

Almost all of the Afghans were brought to the U.S. through what’s known as “parole,” a special power the Homeland Security secretary has to admit people who otherwise would have no legal right to be here.

The parole lasts for two years.

A bipartisan coalition on Capitol Hill is pushing legislation that would offer speedy citizenship to paroled Afghans.

The Afghan Adjustment Act, introduced in early August, would expand the special visa for Afghans who helped the U.S. military to also include those who had served in the Afghan armed forces. It also would offer a fast track to permanent legal status for Afghans who submit to stiffer vetting, allowing them to bypass years-long backlogs in other immigration categories.

The White House tried to attach a version of the citizenship plan to a bill earlier this year aimed at helping Ukraine fend off Russia’s invasion, but that effort faltered.